The Secret Science Behind Alcohol-Removed Wine

Today’s alcohol-removed renaissance is a combination of chemistry and art. 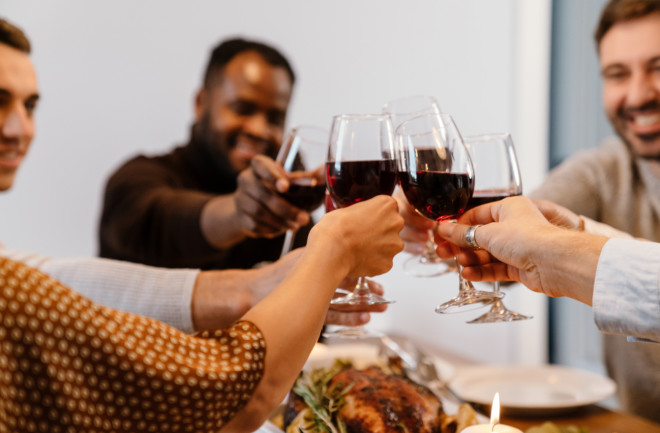 Trying to cut back on alcohol and considering a move to alcohol-removed wine? Not that long ago, you may have been told, “don’t bother.” Alcohol-free beer wasn’t that bad — but wine without alcohol was often seriously disappointing, even for amateur drinkers.

And there’s good reason for that. Winemaking is both an art and a science; alcohol contributes to a wine’s body and texture, as well as its flavor. Attempts to remove the alcohol often resulted in a poor imitation at best. The science may not have changed much in recent years, but the art has undergone a renaissance. Wine producers have discovered ways to separate alcohol from wine and end up with a product that tastes remarkably like the real thing.

Out and In Again

Michelle and David Toothman are founders and owners of The Zoie Company, a family-owned company that makes alcohol-removed wines under the brand name Lali. They point out that their wine is still made in the traditional way; they simply take out the alcohol after the wine is made.

Their exact process is patented, but Michelle Toothman says that once the alcohol is removed, the “essence, along with the aroma and flavor, is recovered and separated from the alcohol and then added back to the now alcohol-removed wine.” Lali’s specific process might be a secret, but if it’s anything like everyone else’s, it’s fairly straightforward — at least the removal part is.

Lillian Thomas is a winemaker with Wine Secrets, a company that helps wine companies improve their products. According to Thomas, vintners run wine through a filter equipped with a special membrane to separate the wine into two streams, the retentate and the permeate. Only alcohol and water pass into the permeate, which vintners then distill to remove the alcohol. The permeate, now virtually alcohol free, is returned to the wine.

“Essentially, all you’re removing is the alcohol,” she says. “You still retain all the desirable components in the wine, such as the aromas and flavors and tannins — all the good stuff.”

It’s not quite ready for stemware at this point, though. Winemakers must still make some tweaks to ensure the final product tastes like the wine consumers are familiar with.

“[Alcohol] acts as a carrier for a lot of the aromatics in the wine,” Thomas explains. It also adds a lot of the texture and mouthfeel that make a good wine so good. Getting the flavor right after the alcohol has been removed is just another part of the winemaker’s art.

“Years ago, non-alcoholic wines were loaded up with sugar to give them weight on the palate, basically replacing the alcohol with sugar,” Thomas says. But the process has come a long way since then. “These days there are other things that people can do to make the wine taste better, so they don’t have to add all that sugar. You get something that tastes a little bit more like an actual wine.” The Toothmans, for example, add a tiny bit of grape juice and other aromatics and flavors to get the balance and texture right.

The result may not please a wine snob, but it might be just the thing if you’re the designated driver or want to have a tasty, alcohol-free option for guests.