Dietary Supplements Are No Substitute For a Healthy Lifestyle

Research shows that dietary supplements aren't as good for us as the packaging suggests. 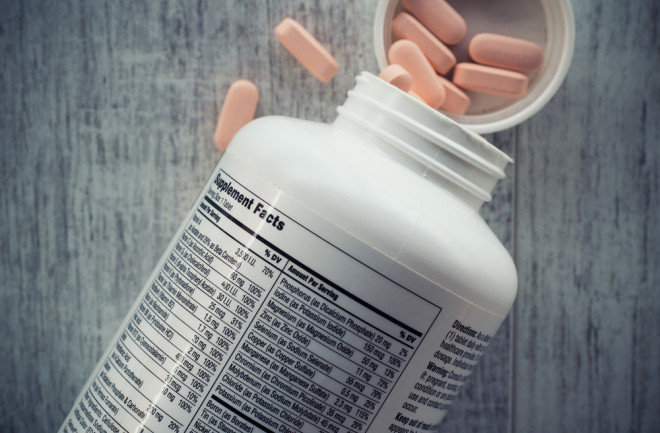 The key to good health generally lies in eating a balanced diet, getting enough exercise, and sleeping adequately. However, living a healthy lifestyle is no easy feat. For many individuals, time is a luxury they don’t have enough of to prepare a well-balanced meal, exercise, and get enough sleep while working a demanding job (or two) every single day.

To fill perceived nutrient gaps in their diet and maintain overall health and wellness, people often take health supplements, says Jeffrey Linder, chief of general internal medicine in the department of medicine at Northwestern University Feinberg School of Medicine. Just last year, Americans spent almost $50 billion on dietary supplements. However, research shows they might not be as beneficial as advertised.

Limited Benefits for a Healthy Adult

The U.S. Preventive Services Task Force (USPSTF) — an independent panel of national experts in disease prevention — recently released a recommendation saying there isn't enough evidence to suggest that multivitamins and dietary supplements help prevent cardiovascular disease or cancer in otherwise healthy, non-pregnant adults. In particular, they recommended against the use of vitamin E supplements, which have no benefit in reducing mortality or preventing the aforementioned conditions, and beta carotene supplements, which have been associated with an increased risk of lung cancer in people who smoke or have been exposed to asbestos.

“The average person does not have appreciable benefits from dietary supplements,” says JoAnn E. Manson, chief of the Division of Preventive Medicine at the Brigham and Women's Hospital. It’s important that the intake of supplements doesn’t lead to complacency about following healthy lifestyle practices, she adds.

In an editorial published in JAMA, Northwestern Medicine scientists supported the updated USPSTF recommendation, saying that the prevention of chronic diseases must focus on evidence-based approaches. For instance, public policies must ensure that all U.S. residents have access to healthy foods and environments for physical activity, which are proven to be beneficial.

“In our editorial, we make the point that if we are missing a benefit, it's likely to be very small,” says Linder, one of the authors of the JAMA editorial. “Since the recommendation was last published in 2014, the Task Force included 52 new studies. Despite these new publications, there remains insufficient evidence to recommend for or against multivitamins and supplements.”

It’s important to emphasize that the USPSTF recommendation only applies to healthy, non-pregnant adults, which means that pregnant people and those who have certain health conditions or deficiencies do benefit from supplements.

Older adults, individuals with bone health issues and those with medical conditions that interfere with nutrient absorption or metabolism — such as pernicious anemia, fat malabsorption conditions, inflammatory bowel disease, and celiac disease — may benefit from taking certain vitamins, says Manson. “The key group that benefits is pregnant women, who should take prenatal vitamins and ensure they get adequate folic acid to prevent spina bifida and other neural tube defects in the baby,” she adds.

A Healthy Lifestyle Is Key

Many individuals view supplements as benign, preventative products at worst. However, more is not necessarily better when it comes to dietary supplements because they may cause toxicity, liver and kidney damage and other risks, says Manson. For example, vitamin A excess is associated with decreased bone density, hip fractures and liver problems, while too much vitamin D can cause elevated calcium levels and kidney stones, says Linder.

Instead of relying on vitamins and supplements, experts recommend having healthy lifestyle practices such as getting enough sleep and exercise, drinking in moderation, avoiding smoking and controlling blood pressure and cholesterol levels.  “While the evidence is insufficient for taking a multivitamin or supplement, there's excellent evidence that eating a well-balanced diet with plenty of fruits and vegetables is associated with a whole host of health benefits,” says Linder.

Vitamins and minerals tend to be better absorbed from food than from supplements, and they just can’t be packaged into a pill, says Manson. The emphasis should be on meeting nutritional needs from a healthy diet high in plant-based foods and whole foods that don’t strip vitamins and minerals through excessive processing, she adds. Ultimately, healthy lifestyle practices may be more challenging than simply taking a pill each day, but they are more beneficial in the long run.

Healthy Meals And Snacks Are Important For Kid's Brain Function

Investors Are Betting on Seafood Alternatives