The First Ever Dinosaur Discovery: The Megalosaurus

The dinosaur Megalosaurus marked our introduction to the “terrible lizards” that continue to fascinate us, even centuries later. 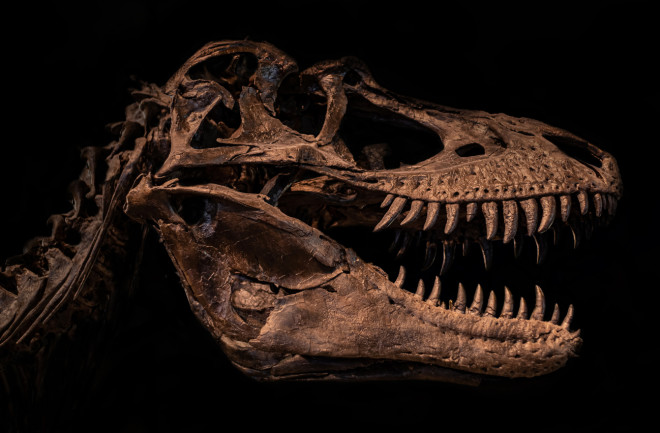 Today, scientists know a lot about the age of dinosaurs.

We know that dinosaurs ruled the Earth for 165 million years, before going extinct some 66 million years ago. We’ve discovered over 1,000 species of dinosaurs to date — large and small, warm- and cold-blooded. We know that birds are a type of dinosaur, and that many dino species may have been covered in feathers.

But all this knowledge is relatively new. In fact, we didn’t know dinosaurs even existed until the 19th century. Just like we once thought our planet was flat, or that the sun revolved around the Earth, humans didn’t always understand that an entire species of mega beasts came before us.

That is, until Oxford theologian and geologist William Buckland named the world’s first dinosaur in his 1824 article, “Notice on the Megalosaurus or great Fossil Lizard of Stonesfield.” In it, he described the “partial jaw and jutting tooth” of a creature he dubbed the Megalosaurus, or "big lizard.”

“Megalosaurus is unique because of its historical value,” says Mateusz Tałanda, an assistant professor of paleobiology at the University of Warsaw. “It changed how we understood the world around us.”

A Beast of Biblical Proportions

The finding was especially surprising because Buckland was a creationist at the time. In other words, he didn’t believe in evolution. He instead thought that the Earth was relatively new — so, finding an enormous set of fossilized bones was difficult to explain.

“He thought at first that this was a monster that was killed by a Biblical flood,” Tałanda says. Even after Buckland’s discovery, the term dinosaur wasn’t coined until 1842, when the English biologist and paleontologist Sir Richard Owen named a group of existing fossils — including the Megalosaurus and Iguanodon — Dinosauria, meaning “terrible lizard.”

Megalosaurus still isn’t found often, even with modern tools. Though in the 19th century, because they couldn’t differentiate between many fossilized species, scientists named nearly every sharp-toothed creature they found after the mega beast.

Today, we know a bit more: Megalosaurus was a large carnivorous theropod that lived during the Middle Jurassic, about 155 million years ago. It resided in Europe, which at the time, was a huge archipelago of islands surrounded by warm seas. Estimates in size range from 20 to 30 feet long, weighing in at about 2200 pounds.

Of course, there’s a lot we still don’t know about Megalosaurus. This is mainly because paleontologists have found only pieces of its skeleton, including parts of the skull, pelvis, leg bones and vertebrae. “Megalosaurus is not known from a complete skeleton, so we can’t know for sure how big it was,” Tałanda says.

Read More: These 7 New Dinosaur Species Were Unearthed In 2022

The dino’s blade-like teeth and short arms show that it may have been related to other species from around that time, such as the Allosaurus. But when compared to carnivores like Tyrannosaurus, Megalosaurus was likely smaller and lacking the crushing bite that could famously chew through bones.

But don't forget: Even if Megalosaurus wasn’t the vicious giant that T. rex turned out to be, it was once the biggest monster the world had ever seen. Its enormous bones both confused scientists and hinted for the first time at a world that existed long before man.

Why the Pygmy Mammoth Stood at Just 5 Feet Tall