5 Vulnerable Animal Species That May Surprise You

These animals aren’t quite on the endangered species list, but if we’re not careful, they soon could be. 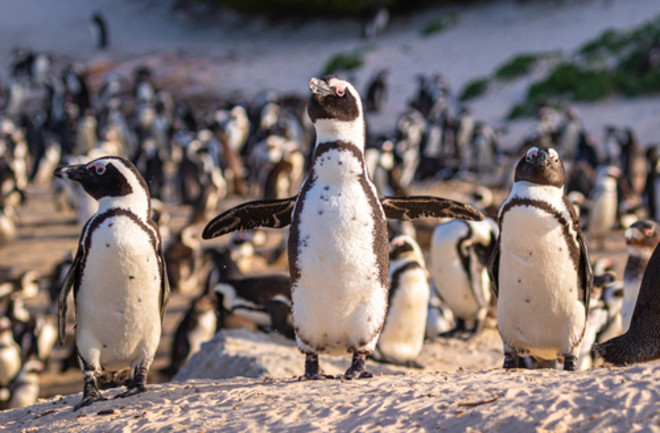 The International Union for the Conservation of Nature (IUCN) describes their Red List as “the world’s most comprehensive information source on the global extinction risk status of animal, fungus and plant species.” The IUCN has multiple levels of conservation status, including critically endangered, endangered and vulnerable. Critically endangered and endangered animals get most of the attention. But there are many others who are at risk and vulnerable. Unfortunately, we don’t hear much about them. While there are many vulnerable plants, animals, and fungi on the IUNC Red List, here are five that may surprise you.

Native to Borneo, and found on neighboring islands, bearded pigs are social animals and live in matriarchal-led groups of mothers and their offspring. During the day they alternate between foraging for food and sleeping. With their strong athletic abilities, they can climb and jump —and swim between nearby islands. Like other pigs, this one also has an excellent sense of smell, which enables them to locate food in the ground and dig it up with the snouts. Their diet is made up of insects, roots, and seeds of the chestnut and oak trees—but one of their favorite foods is fruit that has fallen or been dropped by other animals. Local people living in Borneo’s rural areas have been sustainably hunting bearded pigs for many years. However, agricultural expansion and logging have devastated their habitat and hunting is no longer sustainable, which is how the bearded pig ended up being one of the vulnerable animal species on the IUNC Red list.

This vulnerable animal species is named for the Humboldt current, a cold-water current running along South America. The Humboldt penguin survives on anchovies, herring, krill and squid —sometimes diving to depths greater than 180 feet for its meal. Their numbers have declined significantly, due to habitat disruption caused by guano harvesting (used for fertilizer); less food availability because of anchovy fisheries, El Nino climate patterns, and climate change. When on land, they’re preyed upon by foxes, caracara birds, and wild dogs. In the water, Humboldt penguins are food for sharks and fur seals. Despite protections that are in place, the Humboldt penguin is threatened by capture. This is done to use them as fish bait or for human consumption. Check out this video of a Humboldt penguin who was recused in Chile a couple of months ago.

The only species of marine lizard, these animals evolved from land iguanas about 4.5 million years ago and can be found in the Galapagos Islands. Despite the name, they spend a lot of their time on land, although they aren’t especially nimble at getting around. They’re much more skilled at operating in the water, which is where they go to feed. These herbivores can dive up to 65 feet, where they mostly consume algae. Although not typically social creatures, marine iguanas will cluster together at night in order to conserve heat. The next day, they lay out in the sun, absorbing heat  until their  energy is restored. Interestingly, their heartbeat slows down to half its normal rate when they go into the water—allowing them to conserve energy. A combination of urban development, human interference, invasive species, and climate change play a major role in these vulnerable species being on the IUNC Red List.

Found in the lakes, peat swamp forests, forested rivers, and freshwater wetlands of southern Asia, smooth-coated otters are equally comfortable in water or on land. These omnivores eat a variety of food, including insects, rats, turtles, and birds. However, fish account for at least 75 percent of their diet. These intelligent animals hunt in groups, so they can drive schools of fish together. Because of this behavior, fishermen train them train them to lure fish into nets. Covered in thick fur to keep them warm, they are the only marine animal without blubber. Often mistaken for the beaver, they are actually more closely related to mink, badgers, and ferrets. Unfortunately, the smooth otter is a vulnerable species due to   contamination of waterways by pesticide use, loss of habitat due to hydroelectric projects, and agriculture development.

There are 110 species of lemurs, all of which are native to Madagascar. The three-pound woolly lemur is named for its thick, dense back fur. With a tail that is longer than their body, they use it to keep their balance when jumping to different trees; though, they aren’t very active. These nocturnal animals don’t move around a lot, even at night – mostly because they don’t get a large amount of nutrition due to being folivores, meaning their diet is made up completely of leaves. The woolly lemur mates for life and they live in family groups, with the male, female and offspring. They even sleep together up in the trees, between 6 and 30 feet off the ground. Humans are the main cause of their vulnerability, with logging, slash and burn agriculture, and hunting representing. It’s disheartening to see these animals on the IUNC Red List.