A recent DNA analysis reveals that the Griffin Warrior, an important figure of ancient Pylos, most likely grew up where he would later rule. 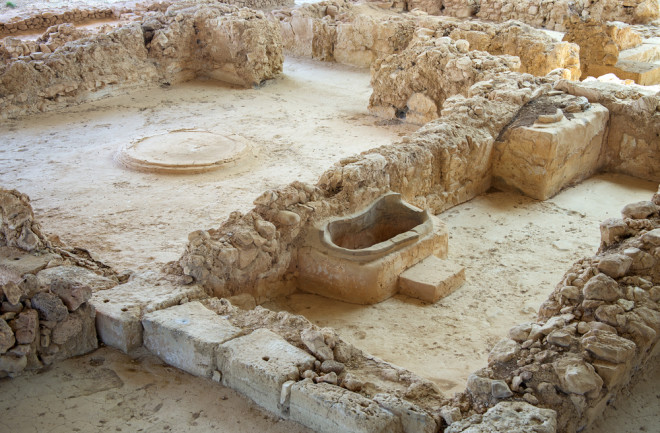 Back in 2015, archaeologists made a discovery in Greece that was heralded as one of the country’s most important finds in centuries. Digging near Pylos, Sharon Stocker and Jack Davis, both researchers at the University of Cincinnati, led a team that uncovered a 3,500-year-old undisturbed tomb filled with an enormous array of treasures.

They had found the Griffin Warrior, who they would later determine to be one of the first possible kings in Pylos. And with a recent DNA analysis, researchers know more of where this warrior was from and the region he ruled over.

The Discovery of the Griffin Warrior

Stocker and Davis made their discovery on the first day of excavating an olive grove near the ancient Palace of Nestor, a place they were not expecting to dig.

“The field where the Griffin Warrior was plan B, which is ironic because it's one of the most amazing finds that anybody can ever have,” Stocker says.

The nearby Palace of Nestor is renowned as one of the best-preserved Mycenaean palaces and is famed as one of the locations visited by Odysseus in Homer’s Odyssey and mentioned in the Iliad. University of Cincinnati’s Carl Blegen and his colleague Konstantinos Kourouniotis discovered the Palace in 1939.

When Stocker and Davis found the tomb, they also found the body of a man who was probably in his early or mid-thirties when he died. They found his remains alongside an ivory plaque bearing a griffin – a half-lion and half-eagle mythological creature – which led to his nickname.

Placed in the tomb with the body, the team discovered, “hundreds of amber, amethyst, agate, carnelian, glass, and gold beads,” and according to the study,“gold, silver, and bronze vessels; bronze tools; bronze weapons; and a unique bronze finial for a staff, in the form of a bull’s head.” A series of rings also dubbed the ancient warrior as “The Lord of the Gold Rings.”

They also found a significant blend of objects associated with both mainland, and Minoan culture within the tomb, highlighting close relations between these peoples.

Yet, curiously, the team found no ceramic objects, something which is “extremely unusual” for such graves, says Davis. “We kept thinking we'd find some nice pots in the corner of his grave and it just never happened,” he continues. “He was so wealthy that all of the vessels were in bronze, silver or gold.”

Despite this lack of ceramic, which would normally aid a more precise dating, the team discovered broken pottery mixed in with the soil used to pack the grave. This helped indicate that the Griffin Warrior was interred sometime around 1500 B.C.

Where Was the Warrior From?

Based on the artifacts found in the tomb – comprised of both religious items and weapons of war – the researchers concluded that the Griffin Warrior was a truly important figure, and likely one of the first kings of ancient Pylos.

“He was a warrior, and he had a lot of weapons with him. But he probably also had a religious function,” Stocker says, also pointing to the discovery of the bull’s head staff, strongly associated with leadership in Minoan culture. “He was an individual who combined three important functions […] he certainly embodies the elements that are found in later Mycenaean kings.”

The analysis of the site and their findings also concluded that the Griffin Warrior was a precursor ruler to those Mycenaean kings.

Recent DNA analysis of over 700 samples, including the Griffin Warrior, helped shed light on this warrior’s ancestry. A suggestion was made that the Griffin Warrior was a conqueror from elsewhere, imposing his rule on the region. But scientists extracted DNA from a part of the skeleton’s skull and revealed that it’s more likely he was instead a local and grew up in the exact place he would later rule over.

More evidence is needed from other graves buried around the same time as the Griffin Warrior to confirm this, Stocker and Davis say, but currently it is the dominant theory.

In 2019, the team made another discovery; two tholos tombs, or beehive-shaped tombs, near the grave of the Griffin Warrior. Researchers found a wealth of other artifacts and jewelry in these family tombs, including a golden pendant showing the Egyptian goddess Hathor, possibly crafted along the Levantine coast.

“What will be interesting to see is if we can establish a genetic relationship between the Griffin Warrior and the people buried in those tholos tombs at the same time,” Davis says. This connection is assumed, but there’s currently no firm evidence to support the theory. “That's the next step.”