Sounding Like Fantasy, Vampire Deer And These 4 Other Animals Do Exist

Believe it or not, animals like the vampire deer, or the narwhal do exist, even if they sound like fairytales and fables. 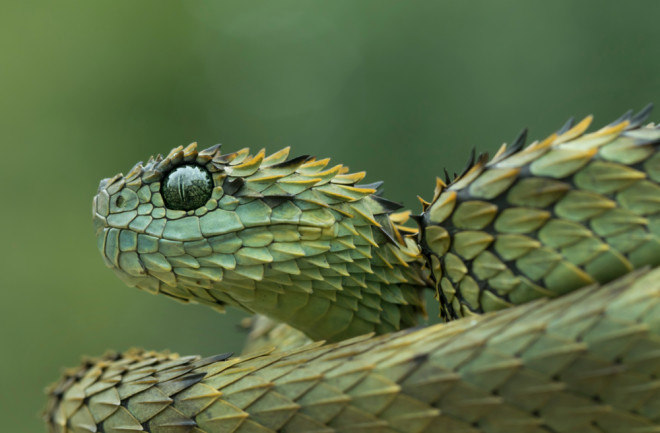 Animals have been at the heart of our most cherished fantasy stories, from classics like The Jungle Book, filled with colorful, talking animals, and iconic books like Harry Potter, where mythical creatures are commonplace. Unfortunately, giant talking snakes and fire-breathing dragons have yet to be discovered on Earth. But who says these legendary creatures are a complete figment of our imagination?

These five intriguing (and very real) animals have been roaming the Earth for quite some time, and they resemble the creatures straight out of your favorite fantasy.

Various fanged water and musk deer have been given the nickname "vampire deer" for trading their antlers for fangs that jut out past their lower jaws. Now, you may imagine a flesh-tearing deer that uses its fangs to bite and kill prey. Yet, despite their uncanny appearance, vampire deer are actually harmless. The vampire deer's fangs — similar to antlers — are reserved for bucks (males) as a weapon to fight off predators. These creatures are herbivores and feast on grass and vegetation. They can also be used as objects of sexual attraction to win over potential mates.

Vampire deer are some of the smallest species of deer, rarely growing more than 3 feet (1 meter). While the creatures originated in South and East Asia, they were imported to Great Britain in the 1870s and displayed as exotic zoo attractions across different parts of the world. According to a recent survey by the Wildlife Conservation Society, the vampire deer is listed as an endangered species on the International Union for Conservation of Nature (IUCN) Red List due to habitat loss and hunting.

Let's face it, "narwhal" seems like a pretty made-up name. However, these strange creatures are indeed real and found in Arctic coastal waters and rivers. Narwhals are whales belonging to the Monodontidae family along with Belugas. This enthralling creature is nicknamed "unicorn of the sea" because of its enormous 10-foot (3-meter) tooth/ tusk on its head. Male narwhals typically sport the tusk, while only 15 percent of females have one. While the tusks don't hold magical powers, they are actually quite extraordinary and have over 10 million nerve endings. Their tusk allows the whale to have incredible sensory capabilities like sensing changes in water temperature and salt levels and feeling the presence of squid, shrimp and other prey. New research suggests that male narwhals can also use the tusk to attract mates, much like a peacock's feathers.

The whale's gray hue has much to do with its unique name. The Norse prefix "Nar" means "corpse," thereby mimicking the narwhal's pale color, while "hval" means "whale." While rising temperatures and human behavior continue to threaten the existence of these beautiful creatures, we may still be able to conserve the magical narwhal since it has not yet made the endangered species list.

The Komodo dragon may be the closest thing we have to a real-life dragon, minus the wings and fire-breathing capabilities. These giant lizards bear much resemblance to the mythical creature with their long tails, yellow forked tongues and the ability to take down any prey (including humans) with their sharp teeth and venomous bite. In fact, Komodo dragons are known to be the largest lizards in the world, with the average Komodo weighing around 154 pounds (70 kilograms) and growing to a length of around 10 feet (3 meters). The lizard's appetite is equally as remarkable, with its stomach enabling it to consume over 80 percent of its own body weight in a single meal. Komodo dragons also have impeccable throat muscles that allow them to devour large chunks of meat, and they'll eat anything from live prey to carrion.

Western scientists recorded the dragon's first appearance in 1910 when Lieutenant van Steyn van Hensbroek set out to explore rumors of a land crocodile on the islands of Indonesia. This resulted in van Hensbroek catching and killing a six-foot-long Komodo, which later became popularized as a "dragon" due to its appearance. However, fossil records show that the lizard may have originated in Australia over 4 million years ago before crossing the sea to make its home in the Komodo Islands of Indonesia. The dragon recently entered the IUCN's list of endangered species due to rising sea levels threatening the low-lying savannahs in which the animal lives.

If snakes scare you, then this one has to top the list. The spiny bush viper is an incredibly venomous snake that can be found nestled in the flowers of trees in the forests of Central Africa. The other-worldly snake comes in all sorts of different colors, including green, blue, brown and yellow. Its scientific name, Atheris hispida, means hairy and tailed, accurately capturing the animal's dorsal spiny scales that spread across its rather thin and slender body. However, don't let its small size fool you! The venom from this creature can lead to serious hemorrhaging of internal organs. Their tails also make the spiny bush viper incredible climbers, allowing them to slither up and down branches to hunt their prey.

Luckily, the spiny bush viper is nocturnal and remains hidden deep in the secluded rainforests of Africa, thereby limiting human interaction. For now, the snake is happy to feed on accessible mammals such as frogs, lizards and sometimes birds.

With jet black feathers and a scarlet red belly, the Dracula parrot, also known as the Pesquet's parrot, gives a whole new meaning to gothic creatures. The parrot — found in the hills and rainforests of New Guinea — is rather large, measuring about one and a half feet (1 meter) from tail to beak. The one-of-a-kind parrot has a curved beak and a bald head that resembles vultures and prefers to hop from one limb to the other instead of flying. While the unfortunate name and garish looks of the animal may frighten you, rest assured that the parrot feeds on mostly figs and not blood.

Unfortunately, the mystifying bird has been classified as vulnerable according to the IUCN's Red List due to habitat loss as well as hunting. The parrot's unique feathers are highly prized by collectors and therefore make the rare bird a treasured target. Currently, about 20,000 to 50,000 Dracula parrots roam the wild, though their population continues to decrease.