Can You Learn How to Have a Lucid Dream?

Lucid dreamers are able to recognize that they’re dreaming and may even gain some control of the narrative. While not everyone is able to experience lucid dreaming, there are some ways to boost your chances. 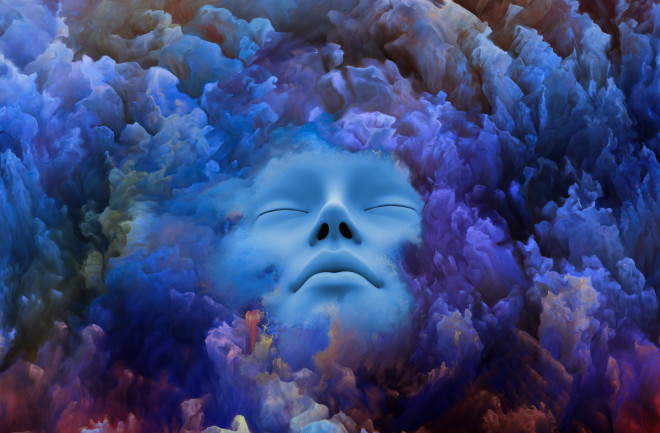 Oh no — you’re falling again. Toppling end over end, the ground rushes towards you with frightening speed. Suddenly, you realize what’s happening: I’m dreaming right now. Then you extend your arms forward like Superman and whoosh effortlessly through the air. Just like that, a pesky recurring nightmare becomes a whimsical power fantasy. Sounds pretty nice, right?

The scenario above is just one possible example of lucid dreaming. Simply put, a lucid dream is when you know that you’re dreaming. In some cases, the dreamer may even gain control over the action, setting and content of their dreams. (In popular culture, look no further than the 2010 film Inception, where the protagonists can sculpt and manipulate dreams at will.) “You have this eerie awareness that you’re in a dream, and yet the dream doesn’t stop,” says Patrick McNamara, neurologist and dream researcher at Boston University School of Medicine. “When you’re aware in the dream, then all kinds of interesting things can be explored — both by the dreamer and by scientists.”

McNamara — along with other researchers — thinks that the study of lucid dreams might illuminate new insights about the nature of human consciousness. Beyond that, researchers have found that lucid dreaming may carry unique benefits for the dreamer.  A 2013 study suggested that it could be used as a therapy for recurring nightmares caused by depression and PTSD. The study authors also theorized that it could aid with physical rehabilitation. Not everyone can enter this state of dream nirvana, however. A 2016 meta-analysis found that around 55 percent of people have experienced at least one lucid dream in their lifetime. And 23 percent experienced them once a month or more.

There are no foolproof techniques for triggering lucid dreams. But some tactics may increase your likelihood of having one. McNamara notes that many religious institutions have strategies for inducing lucid dreaming — in Buddhism, for example, it's used as a vehicle for self-awareness. "The empirical literature on lucid dreaming suggests it's quite a simple thing," he says. "It's setting the intention, and some kind of physical practice like keeping a dream diary." For some people, he continues, it could be as simple as repeating, "I'm dreaming; this is a dream," to themselves as they're falling asleep.

Harvard psychologist and dream researcher Deirdre Barrett says you can also try to combine those practices with daytime reality checks. "Where you take seriously the question of whether you are awake or dreaming," she says. "First, as a general question; and then to have one or two very specific checks [for things] that look differently for you in a dream."

Some people say reading doesn't look the same, or clocks do different things in people's dreams," according to Barrett. Doing these specific activities during the day — like finding the nearest clock or a looking at a piece of writing before looking away — can often spill over into your dreams.

These tactics seem to work by boosting someone's "base rate" for experiencing lucid dreams, Barrett says. "If you're already a lucid dreamer, those might shoot it up so you have a lucid dream every night, if you've been working on these things," she adds. "For someone who's never had one, these techniques might not work at all — or you might have to practice these constantly for several months nonstop."

Read more about dreams in the collection below: