Natural Wine and the Debate Over 'Healthy' Alcohol

While companies suggest that natural wines are good for you, it’s unclear whether wine itself can bring medical benefits. Some researchers think so. 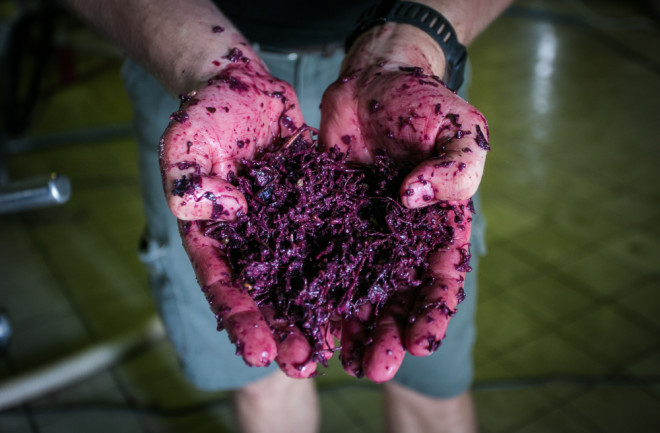 Now a staple at trendy restaurants, natural wine has been described as funky and unusual tasting. Some say it has similar flavors to cider. While it doesn’t suit everyone’s palette, natural wine has undeniably made its mark in the past decade. In fact, some sustainability- and health-oriented consumers say they’re willing to pay more for it than conventional varieties.

What is Natural Wine?

The answer is complicated. Technically, the drink lacks any legal definition, which gives companies free rein in what they deem as “natural.” (The French government recognized a certification system in 2020, though it’s unclear whether any companies will pursue it.)

Still, the industry tends to agree on several factors in the natural winemaking process: The grapes should ideally be grown without pesticides and herbicides, and later fermented without additives, like sulfites and faux oak flavors. Advocates also call for the use of indigenous, or wild, yeast that originates on grapes and around the vineyard and is adapted to local environments — unlike the ones bred in labs to hasten fermentation.

Despite its recent exposure in the U.S., some advocates say that natural winemaking harkens back to the olden days — before industrialization on the heels of World War II sped up a once-delicate process.

The natural movement's French founders started ditching pesticides and chemical additives in the 1960s, in response to the high-productivity model that was widely expanding. Yet it only really took off in the U.S. after Isabelle Legeron kicked off the RAW WINE fair in 2012. Within five years, the trend turned the sommelier world upside down.

She became interested in natural wine after seeing an explosion in the use of oak alternatives, which are cheaper and more practical materials that can mimic the smoky, toasty taste that comes from oak barrel storage. Sperling worries that manufacturers use this technique as a crutch, and she prefers to focus on the flavors derived from the grapes themselves.

Still, Sperling says, natural wine techniques can be highly demanding. For example, she observes how fungal diseases make it harder for wild yeast to succeed in fermentation. Overall, the process can bring significant financial constraints and doesn’t work for every vineyard.

But what do consumers actually get out of natural wines?

The beverage’s fans (and foes) often point to the unusual and unpredictable flavors that differ from, say, a reliably fruity riesling or peppery cabernet sauvignon. The unique tangs come from the wild yeast that generate a variety of flavor molecules, says Andrew L. Waterhouse, a wine chemist at the University of California, Davis.

These distinctive tastes also result from the lack of fining and filtering processes. Usually, winemakers use materials like gelatin or egg whites to remove certain proteins or microbes that would give it a brown, cloudy look and a bitter flavor.

In some cases, Waterhouse says, small traces of these fining and filtering agents could remain in the final product — people with certain allergies or dietary restrictions may therefore unknowingly consume them, since U.S. companies don’t need to add this information to labels. But this problem can be avoided with natural wine, since many producers forgo fining and filtering processes as part of their minimal intervention philosophy.

Such purists also oppose the application of insecticides and pesticides in the growing process. This omission reaps obvious environmental advantages. As for conventional wines, the fermentation process removes most of these substances. It's therefore unlikely that drinkers will be exposed to pesticides that exceed safe concentrations. (Some pesticides could alter taste, though.)

Perhaps its most hyped-up feature: Plenty of natural brands advertise bottles free of sulfites, which are sulfur compounds that prevent the growth of certain bacteria and yeast that can turn wine into vinegar. These compounds pop up naturally as a result of fermentation, but additional amounts are often added to finish the job. Even the ancient Romans applied sulfites to preserve their wines. They’re also found in plenty of foods and drinks, along with certain medications.

While it’s commonly believed that sulfites are to blame for icky booze side effects like hangovers, they’re likely not the culprit. Only about 1 percent of people are sensitive to sulfites, though it may increase to 5 percent among those with asthma. Still, companies are eager to bank on people’s sulfite fears.

“They’re portraying it as some deadly substance, which I think is not really the case,” Waterhouse says. “In general, people want their foods to have less additives, so I think it fits that sort of global trend … but I don’t think [sulfites] are particularly toxic.”

Perhaps less infamous, a chemical called histamine in wine (which also occurs in the body) could also factor into reactions like headaches, nausea and even heart palpitations. Researchers have found that commercial yeasts tend to produce higher levels of histamine, which also shows up in certain foods like tomatoes and spinach. In some cases, native yeast may actually help reduce histamine formation.

All in all, if someone were to eat sulfite- or histamine-rich foods and top it off with a glass of pinot grigio, it’s hard to tell which component of the day’s menu caused physical symptoms — or if the sulfites and histamines specifically had anything to do with it. So, isolating the cause can be a real headache.

Regardless, Waterhouse notes that winemakers must ensure that their additives are “generally recognized as safe,” according to FDA standards. Additionally, sulfite levels above 10 parts per million must be disclosed on labels. But he would like to see greater transparency from companies, natural adherents or not, by clearly stating the processing materials that may or may not linger in the final product. A growing movement agrees.

A few companies list additives and other ingredients, though it’s far from the norm and hard to verify. “There’s no legal requirement to reveal the processing materials that were used to make the wine," he says. "It’s concerning."

Natural wine marketing also suggests that it can boost drinkers’ health, a claim now explored in epidemiological research on wine as a whole. In the past few decades, scientists have considered vino’s prospects in preventing a host of conditions, including heart disease, depression and cancer.

Critics say that it’s tricky to conclusively say whether a few glasses each week do the trick. After all, there’s plenty of confounding factors, like lifestyle and genetics. It’s also important to note that any type of alcohol can impair one’s health, particularly when consumed excessively over long periods.

But experiments have identified micronutrients called polyphenols derived from grapes and the fermentation process as a source of potential benefits, like lower levels of inflammation markers in the blood and a reduced risk of Alzheimer’s disease. Plants produce these molecules in the wild to manage environmental stressors like ultraviolet light and free radicals. That could explain why they offer antioxidant and anti-inflammatory properties, among others, within the human body.

Natural wine may offer more abundant polyphenols by cutting out the fining process, which is thought to remove them. And orange wines (which are often considered natural, but not always) could contain even higher levels of polyphenols than reds — which are thought to offer more protective effects than most types of alcohol.

Waterhouse thinks that polyphenols could benefit the gut’s microbiome, where it may decrease the odds of developing type 2 diabetes and cardiovascular disease. Interestingly, he says, research may also prove that combining wine and a nutritious meal may deliver the optimal health advantages. Maybe those fancy wine-pairing menus are the right idea.

All in all, researchers still can't seem to agree whether most of-age adults are truly better off sipping an occasional glass of red (or, some glou-glou) as opposed to no wine at all. But further evidence may point in that direction.

Our Sense of Smell May Be More Powerful Than We Think