Essential Oils Could Impact Your Memory and Reaction Times

Research shows that certain essential oils can impact your reaction time and accuracy when it comes to cognitive performance. 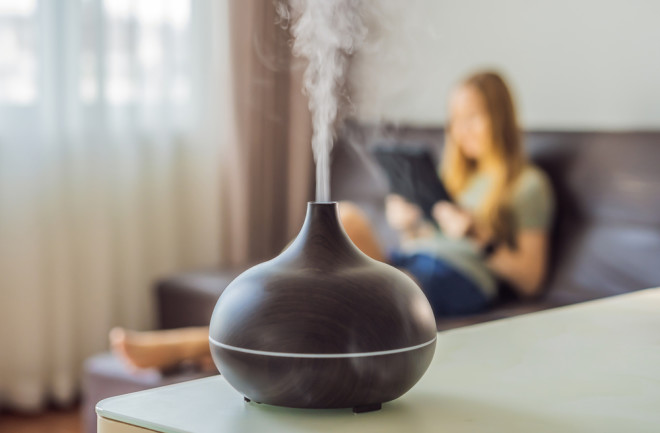 Most people want to feel soothed and relaxed at home. For many, essential oil diffusers create a stress-free environment because the pleasant aroma can improve mood, increase calmness and reduce anxiety, to an extent.

However, studies suggest that the chemicals and fragrances from essential oils — which are extracts from plants — emit airborne volatile organic compounds, and can affect indoor air quality. Moreover, studies have shown that essential oils also have an impact on cognitive performance, particularly, reaction time and accuracy.

Research shows the impacts of exposure to different kinds of essential oils vary. For instance, a 2009 study published in the International Journal of Neuroscience, assessed the olfactory impact of essential oils on cognitive performance. They found that lavender reduced working memory performance and impaired reaction times for both memory and attention. Meanwhile, rosemary improved the performance of memory, but it also impaired the speed of memory.

However, a 2012 study published in Therapeutic Advances in Psychopharmacology, found that rosemary improved both speed and accuracy. And according to a 2021 study, published in Indoor Air, acute exposure to scented lemon oil emissions and non-scented grapeseed oil improved reaction times, but at the cost of accuracy. This could suggest an increase in impulsive decision-making.

“Our study was small and although there were a variety of effects, the one that clearly rose above the level of statistical significance was that exposure to essential oil diffuser emissions make us act more impulsively,” says Jeffrey Siegel, professor of civil engineering at the University of Toronto and one of the study authors. “This is consistent with the literature — particularly a corner of the literature from the retail industry — where scents are added [to] retail environments, presumably at least partially to make people spend more money.”

Back in 2017, Siegel and his co-authors found a home that had a “mysterious and very large particle source almost every day that started at midnight and went for three to four hours” while conducting a different study. They realized that it was from an essential oil diffuser that ran on a timer, which led them to research and characterize the particle and gas-phase emissions from diffusers. Their 2021 study separated the cognitive impacts of essential oil emissions from the effects of the odor.

According to Siegel, essential oils have compounds that are reactive with the ozone and other oxidants in the air. These chemical reactions produce ‘secondary air pollutants,’ which often include formaldehyde and carboxylic acids, among others.

“Many of these byproducts are known or suspected to be an issue in indoor environments because they are irritants and/or have health impacts, although many have not really been studied yet,” Siegel adds.

From an olfactory perspective, it’s possible that the pleasantness of an aroma influences mood, which then affects cognition, says Mark Moss, head of the Department of Psychology at Northumbria University and one of the authors in the 2009 and 2012 studies. However, he leans towards a more pharmacological explanation: Active compounds that are inhaled and absorbed into the blood cross the blood-brain barrier and act directly on neuronal transmission. The makeup and the levels of active compounds present in essential oils may vary the cognitive impact, Moss adds.

Aside from the compounds, essential oil diffusers affect indoor air quality (and consequently, cognitive performance). The oils themselves can cause particle and gas emissions, depending on the oil, says Siegel. The diffuser also emits particles based on the kind of water that was used, he adds.

Essential oils have different levels of cognitive impact, and their effects tend to be minimal, says Moss. That said, if you are concerned about using essential oil diffusers, then you should avoid using them altogether, he adds.

The cognitive impacts are also not necessarily bad or good, and further research is needed, says Siegel. However, he suggests that people refrain from using essential oil diffusers. They are still strong sources of particles and gases, known or suspected, to be linked to serious health impacts.

“I would be lying if I said that our state of knowledge is definitive, but even a reasonably conservative application of the precautionary principle suggests that essential diffuser emissions are definitely not good for us and potentially bad for us,” says Siegel.

If you really want to use an essential oil diffuser, don’t use tap water, which may emit more particulate matter into the air. He also recommends limiting the use around people with respiratory problems or those who are more vulnerable to air pollution.

Yes, You Can Control Your Dreams: The Strange Science of Lucid Dreaming