Whether we realize it or not, Freud’s theories have shaped western culture through dreams, the Freudian slip, and the human psyche. 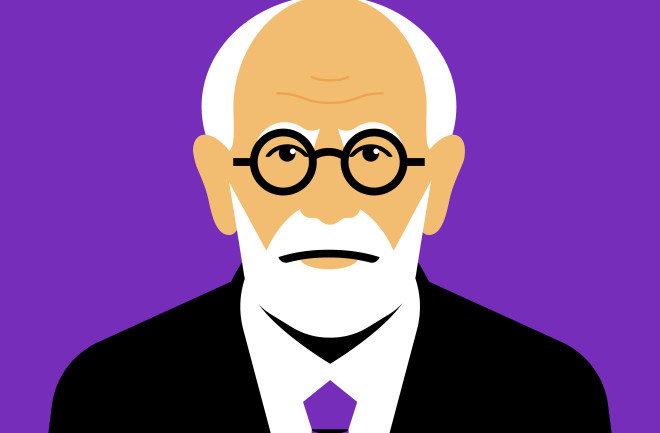 When we tell our friends about a crazy dream we had about them, or when we use terms like ego and free association, we are referencing Sigmund Freud.

More than 80 years after his death, Freud’s theories about the human unconscious and how it affects our behavior, continue to pervade Western culture. Freud’s groundbreaking theories, introduced to the world at the turn of the 20th century, changed the way we think about the human mind. His theories have not only impacted psychological theory, but how we conduct ourselves in our daily lives, family lives and work lives.

Terms like dream analysis, free association, the Oedipus complex, the Freudian slip and the-ever present ego, as well as id and superego, are woven into so much of what we do, think and say.

We frequently talk about our dreams in modern society. If you Google “dream quotes,” there seems to be an endless supply. From best-selling author Erma Bombeck’s quips, “It takes a lot of courage to show your dreams to someone else,” to American rapper and actor, Tupac Shakur’s lyrics, “Reality is wrong. Dreams are for real.” But it is Freud who reveals what a dream is — an alternate reality we experience when we sleep.

“The interpretation of dreams is the royal road to a knowledge of the unconscious activities of the mind,” writes Freud.

Freud’s theories on dreams and his book, Interpretation of Dreams, were revolutionary. Prior to its publication in 1899, scientists believed dreams were “meaningless.” Freud believed that dreams were instead “disguised fulfillments of repressed infantile wishes.”

While popular culture took Freud’s theories and applied meanings — as in dreaming that you are flying means you are subconsciously thinking about ambition — Freud never wrote a dictionary of dreams. In fact, he shied away from such specifics. He insisted that while dreams are symbolic, they are specific to the person and cannot be generally defined to fit all of society.

Freud’s dream theories fed directly into his theory of free association. Based on the theory that dreams and their meanings are personal, Freud let his patients interpret dreams themselves, instead of telling them his own opinion. He called his process free association. With each new feature of a dream during a psychoanalysis session, Freud would suggest to his patients to relax and — to use a modern term — spitball what they believed to mean. Patients would throw out ideas as they came to them, no matter how trivial.

One of the most popular phrases from Freud’s theories is the Freudian slip. He believed that the “slip of the tongue” — saying something we don’t mean to say — reveals what we are thinking, subconsciously. Freud debuted his theory of the Freudian slip in his 1901 book, The Psychopathology of Everyday Life, and suggested that these verbal (and sometimes written) mistakes were rooted in “unconscious urges” and “unexpressed desires.” Further, Freud believed that failing to remember something — like someone’s address or name — was linked to our need or desire to repress it. Modern science has yet to explain why Freudian slips happen.

Experts consider the Oedipus complex as Freud’s most contentious theory. According to Freud, it’s the unconscious desire that begins during the phallic stage of development, between the ages of three to six. A child feels a sexual pull for their opposite-sex parent and jealously for their same-sex parent.

Freud believed that the Oedipus complex was “the central phenomenon of the sexual period of early childhood,” but there’s no scientific evidence to support his theory.

“Penis envy” grew from Freud’s Oedipal complex theory, and Freud published it in 1908. Freud believed that a woman’s realization that she does not have a penis leads to an intense envy, which is at the root of female behavior.

Some consider the human psyche as the most enduring theory of Freud’s career. Freud published his personality theory in 1923, which hypothesizes that the human psyche is divided into three parts — the ego, the id and the superego. And they all develop at different stages of our lives. It’s important to note that Freud did not believe these were physical entities in our brains, but rather “systems.”

While the word ego is thrown around in popular culture much more than id and superego, the three are tied together. According to Freud, the id is the most primitive part of the human psyche. It’s where our sexual and aggressive drives are based. The super-ego is our moral compass, and the ego is the referee, if you will, between the pulls of the id and superego.

Freud Remains in our Subconscious and Conscious

The next time you awake from a weird dream that you can recount in great detail to your best friend, who then fires back with, “Oh, snakes? That dream is totally about penis envy.” Or, your boss yells at you, and you mutter under your breath, “ego much.” Or, you kill time on a long car ride and throw out words and free association — you have Freud to thank. And, if you’re looking for a reason to celebrate Freud and all his contributions to our vernacular, pop culture and therapy, consider toasting to the father of psychoanalysis. He was born on May 6, 1856.