This Virus Could Clarify the Origins of Complex Life

The identification of an age-old virus could illuminate the formation of complex forms of life. 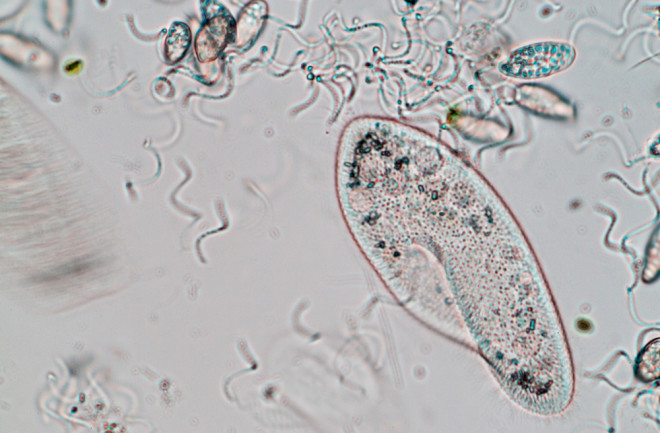 Simple single-celled organisms appeared across the planet approximately 3.5 billion years ago. By around 2.5 billion years ago, they’d increased in size and developed sophisticated internal structures that improved their ability to interact with their world. The transition set the scene for the proliferation of millions of complex life forms, including birds, beetles and baby’s breath. It constitutes one of the most important moments of the planet’s past, and yet, its particulars continue to stump scientists.

Recent research could clarify things. In fact, an article in Nature Microbiology states that the recent identification of a previously unknown virus among single-celled organisms could cast light on the origins of complex life and illuminate the potential involvement of viruses in their formation.

All complex forms of life, including plants and animals, consist of complex eukaryotic cells. These cells all contain a nucleus that carries genetic information and controls cell function, as well as a variety of other internal structures called organelles, specialized to perform a particular task for that cell.

Scientists theorize that these eukaryotic cells originated from the combination of two prokaryotes, or single-celled organisms without a nucleus and without specialized organelle structures. According to this theory, a prokaryotic cell called an archaeon (and specifically called an Asgard archaeon) consumed another prokaryotic cell, a bacterium, a couple billion years ago, creating a sort of composite of the two. In time, scientists say, the composite transitioned into a completely new type of cell.

Alongside this theory, several scientists also speculate that viruses played an important part in this interaction, contributing integral genetic information to what would form the nucleus of the new cells. Now, new viral findings from a team of researchers at the University of Texas at Austin may fortify the theory.

“There is a hypothesis that viruses may have contributed to the emergence of complex cellular life,” says primary study author Ian Rambo in a press release, a researcher at the University of Texas at Austin. “This study is opening a door to better resolving the origin of eukaryotes and understanding the role of viruses in the ecology and evolution of Asgard archaea.”

The team found the virus among living Asgard archaea, an ancient form of organism discovered in deep sea sediments and identified as a likely common ancestor for all of today’s complex forms of life. As they sought to sequence the archaea’s genomes, the scientists spotted small fragments of viral genetic information that served as the footing for their identification.

“The most exciting thing is they are completely new types of viruses that are different from those that we've seen before in archaea and eukaryotes, infecting our microbial relatives,” says corresponding study author Brett Baker, an associate professor of integrative biology at the University of Texas at Austin, in a press release.

Though the identification of the virus cannot answer all questions about our planet’s past, the virus could inform future investigations into the foundations of complex life and the influence of viruses, in particular.

More From Discover
Health
What New Variants Of COVID-19 Are Currently Circulating?
Planet Earth
Viruses Could Cause Wolves to Change Colors
Health
Here's Why Coronavirus Cases Are Surging in China
Health
Scientists Say Corpses Can Carry and Spread COVID-19
Health
How COVID-19 Developed in 2022 and What to Know for the Coming Year
The Sciences
'Zombie' Viruses, Up to 50,000 Years Old, Are Awakening
Recommendations From Our Store
My Science ShopDiscover STEM Kits
My Science ShopDiscover 2022 Calendar
My Science ShopStrange Science
My Science ShopElements Flashcards
Shop Now
Stay Curious
Join
Our List