This Is What Makes A Category 5 Hurricane So Dangerous, And Others

Hurricane Ian made landfall just shy of a Category 5. Here is how hurricanes are ranked and a list of the four Category 5 hurricanes to hit the U.S. 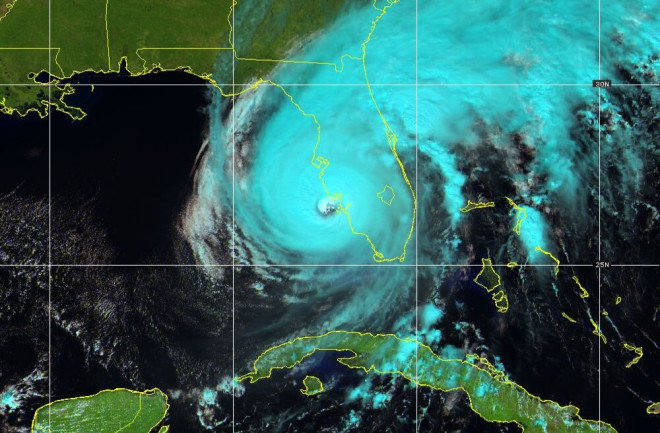 Hurricane Ian is moments away from making landfall on the western coast of Florida. According to the National Weather Service, it is projected to move diagonally across Florida and up the East Coast into Georgia and the Carolinas. Hurricane Ian currently has winds at 155 mph, though that could change, and is currently ranked as Category 4, with the potential to reach Category 5.

Only four hurricanes in recorded history have hit the U.S. at a Category 5. So, how does a hurricane earn its level of severity? We break down the meaning behind hurricanes and their categories, and take a look back through hurricane history.

Here is a link to hurricane safety information via NOAA: Click here.

How Are Hurricanes Formed?

The typical hurricane season for Atlantic hurricanes is June 1 through November 30, and the peak season is from August to November. According to the National Oceanic Atmospheric Administration (NOAA), hurricanes form from tropical storms over the ocean.

A low-pressure area moves through humid, tropical air, increasing storm activity. As the storm moves west, it pulls warm air from the tropical waters and causes a low-pressure system. As the warm air is pulled into the atmosphere, it cools, forming a thunderstorm. As the water within the storm clouds condenses into rain, more heat is released, giving more strength to the storm. Once the winds from the storm hit 74 mph, it is classified as a hurricane.

How are Hurricanes Ranked?

According to NOAA, hurricanes are ranked on a 1 to 5 category scale called the Saffir-Simpson Hurricane Wind Scale. Category 1 is the weakest and Category 5 is the strongest.

The hurricane's wind speeds can be anywhere from 74 to 95 mph. These strong winds can cause damage to roofs, snap tree branches and bring down power lines. The storms can also cause severe flooding. A famous Category 1 hurricane was Hurricane Danny, which hit Lake Charles, Louisiana. It caused severe flooding along the Gulf Coast, three casualties and over $100 million in damages.

In a Category 2 hurricane, the wind speeds can span 96 to 110 mph. Much like a Category 1, these storms can damage roofs and siding, and uproot trees. They can also cause near-total power loss and flooding.

Hurricane Bonnie is a famous Category 2 that landed in Wilmington, North Carolina, in 1998. There were three casualties and over $720 million in damages.

Once the storm reaches 111 to 129 mph, experts consider it a Category 3 and a major hurricane. Extreme wind can damage homes, property and trees. It will most likely also cause power loss and remove clean water for several weeks after the storm.

One of the most famous Category 3 hurricanes is Hurricane Katrina, which hit New Orleans, Louisiana, and parts of Mississippi in 2005. Though the storm had reached a Category 5, by the time Katrina made landfall, it was a Category 3. New Orleans' levees broke from the storm surge causing massive flooding and damage. It's estimated that over 1800 people died from the storm and it caused over $81 billion in damages.

When wind speeds reach 130 to 156 mph, the hurricane is a Category 4 storm. Like the other categories, strong winds will cause significant damage to homes and structures, though it is more likely structures will lose exterior walls or collapse completely in a Category 4. It can also cause damage to power lines and trees, making it hard to get vehicles through the area. There will likely be no water or power and the storm surge could cause significant flooding. According to NOAA, the area hit by a Category 4 hurricane will likely be uninhabitable for weeks.

Hurricane Harvey is a famous Category 4 that landed on Texas and Louisiana in 2017. There were 68 casualties and roughly $125 billion in damages.

A Category 5 hurricane reaches wind speeds of 157 mph, or higher. These storms are devastating. They most likely will blow down homes and structures or severely damage them. The area could be without water or power due to damage to trees and power lines. According to NOAA, the area could be uninhabitable for weeks to months.

What Hurricanes Reached Category 5 in the U.S.?

There have only been four Category 5 hurricanes that have hit the continental U.S. and caused severe damage.

The Labor Day Hurricane struck the Florida Keys with winds that reached nearly 200 mph. It caused severe crop and property damage, as well as massive flooding. According to NOAA, there were 408 casualties; many of them had been World War I veterans working in the keys.

(Credit:NOAA / National Climatic Data CenterThe NOAA emblem is the property of the U.S. Government and a trademark of the United States Department of Commerce., Public domain, via Wikimedia Commons)

Hurricane Camille hit along the Mississippi coast. It's ranked the second strongest hurricane behind the Labor Day Hurricane that hit the Florida Keys. According to NOAA, the actual wind speed wasn't recorded because all the monitoring equipment was destroyed in the storm, though it's estimated that the winds peaked around 175 mph.

Hurricane Camille caused about $1.412 billion in damages; three deaths were also reported in Cuba. It caused severe structural damage and created flood waters nearly 10 feet deep. There were a total of 256 casualties between Mississippi and Virginia and West Virginia — where the storm had caused significant flooding.

Hurricane Andrew made landfall on Florida's southeast coast with 150 mph winds. As it moved over Florida, experts downgraded it to a Category 3. However, the storm was re-energized to a Category 4 as it entered the Gulf of Mexico and slammed into southeastern Louisiana with 175 mph winds.

Andrew not only caused severe damage to structures but to the environment as well — it wreaked havoc on the Florida Everglades and the coral reefs. There were 65 casualties and over $26.5 billion in damages.

Hurricane Michael struck the Florida panhandle with 160 mph winds. There were 16 casualties and roughly $25 billion in damages. Some scientists warn that storms like Hurricane Michael may become more frequent with climate change.

Why No Two Snowflakes are Identical and 4 Other Fun Facts

6 Feet Of Snow In Buffalo: What Causes Lake-Effect Storms Like This?

After The Storm Passes, Hurricanes Leave These Hidden Impacts Behind