The Problem With Forensic Sciences

Poorly-established forensic science methods have sent the innocent to prison or even their deaths, and let the guilty walk free. But the line between junk science and credible techniques is finer than you might imagine. 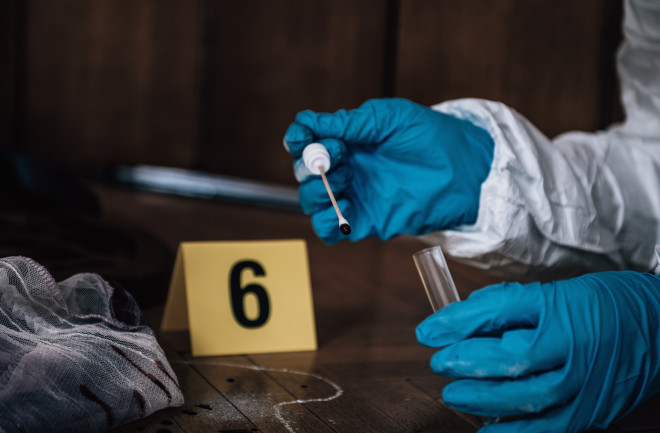 But it may surprise you to learn that the idea that human fingerprints are unique is an assumption, not a well-studied idea. Fingerprinting had become a staple of law enforcement techniques long before that question was even broached, but it still has never been actually proven. This lack of a fundamental scientific basis for the supposed uniqueness of fingerprints — and the inability for apparent experts to reliably match them or even agree on what’s required for a match — has seen some federal courts reject fingerprints entirely as evidence.

This problem is not unique to fingerprinting. Forensic sciences, in general, have encountered serious problems with the basic assumptions that underlie individual techniques.

When Justice and Science Clash

Forensics has more than its fair share of "junk science," which refers to faulty scientific information or research. Historically, the actual scientific basis for investigative techniques comes long after they’ve started to be used, if it comes at all. And while there are some techniques, such as bite-mark analysis, that have never been scientifically validated, all forensic science has the potential to end up in the junk bin: Even when a method is sound in principle, it can be made unreliable by low-quality evidence, contamination or bias.

And while junk science in other fields can undoubtedly have unfortunate and even deadly consequences — such as the now-retracted Lancet article that helped kickstart the anti-vaccination movement — forensic sciences have a unique sort of reach. Criminal justice proceedings are some of the most consequential actions that states can take against individuals, and forensic science can make or break cases. Bad science can send innocent people to jail for life, or even to their death, while letting dangerous offenders walk free, every single day.

The Issue with Individualization

It was only recently that the high-stakes nature of forensics spurred the U.S. Congress to action: In 2009, the National Academy of Sciences was directed to study the problem and recommend solutions. Their findings identified both many of the problems with forensic science in general — such as the fragmentary nature of the legal system and the practices employed across disciplines — as well as issues with particular practices.

One highlight appears early in the report, where the committee notes the issues with individualization, like being able to show that a fingerprint, for example, belongs to a particular individual with a degree of certainty. “With the exception of nuclear DNA analysis, however, no forensic method has been rigorously shown to have the capacity to  consistently, and with a high degree of certainty, demonstrate a connection between evidence and a specific individual or source,” the authors write.

The researchers go on to say that, for many forensics, there are significant underlying issues. “The simple reality is that the interpretation of forensic evidence is not always based on scientific studies to determine its validity. This is a serious problem." And while research has been conducted in certain disciplines, the authors continue, there is a striking lack of peer-reviewed, published studies that show the scientific validity behind many forensic techniques.

DNA has come to serve the same role fingerprints once did: as a silver bullet, tying a particular person to a particular place. But there are issues with DNA testing, ones that go beyond poor-quality sampling or testing errors. Trace DNA, the method of collecting small biological samples at a crime scene, has emerged as a particularly problematic confounding factor, as forensic experts have noted. For example, finding someone's DNA at a crime scene doesn't even necessarily mean they were there. In one case, a man’s DNA was found on a murder victim who was killed in their home. But it turned out the man who that DNA belonged to was in the hospital the entire time — the DNA had been transferred via the paramedic who brought the man to the hospital and who later responded to the homicide call.

M. Chris Fabricant, author of Junk Science and the American Criminal Justice System and director of strategic litigation at the Innocence Project, summarized the problem in an interview with the Texas Observer. "You can take a reliable technique and make it pretty unreliable, depending on the quality of evidence," he said in the interview. "If you don’t have enough information from a crime scene sample — and we don’t really have any objective thresholds about how much information one actually needs to come to a reliable conclusion — then we can take a reliable technique and make it pretty junky." This potential is evident in fingerprinting, Fabriant continues, which is more susceptible to cognitive bias than other techniques and much more likely to have random potential matches and a higher error rate. "This is true to a certain degree with DNA evidence, too.”

The report by the National Academy of Sciences made numerous recommendations for improvements. But one of its key conclusions was simply that the (often) adversarial judicial system in the U.S. is not well-suited to establishing the reliability of forensic science. As the report states: “Judicial review, by itself, will not cure the infirmities of the forensic science community.” If we are to resolve the problems, systemic and otherwise, with forensics, we must start by rehabilitating the science behind them.