Traces Of Neanderthal, And Other Ancient Humans, May Still Live In Our DNA Today

Genetic research has uncovered ancient human lineages inside our own genomes, including Neanderthal and Denisovans DNA. And there’s likely still more to find. 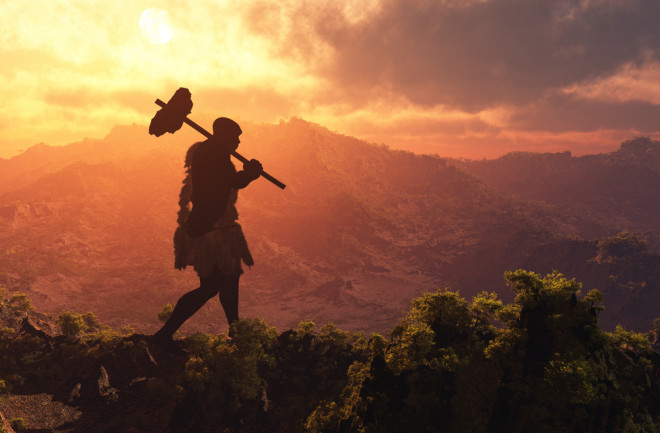 This article was originally published on April 17, 2021.

Tens of thousands of years ago, humanity was far more diverse than it is now. Multiple lineages of humans — those in the genus Homo — roamed the Earth, including Neanderthals and Denisovans. Today, Homo sapiens is the last surviving member of that tribe. But remnants of those lost humans live on today in our genomes.

We know that our ancestors mated with both Neanderthals and Denisovans at various points in our history. Those trysts left snippets of DNA from both groups in our genomes today. The amounts vary by ethnicity, but can account for up to a few percent of the human genome. Genes from Neanderthals have been implicated in a number of biological traits today, from our immune systems to our hair and skin.

In recent years, research into the intertwined history of humans and our hominin cousins has painted an increasingly nuanced picture of interrelations between the groups. Humans likely interbred with both lineages at multiple times, hinting at a complex shared history. (Anthropologists don’t yet agree on whether we should call Neanderthals and Denisovans separate species — instead, the term lineages is often used.)

Some evidence has even indicated that genetic material from as-yet-unidentified lineages of humans might live inside our genomes as well. So-called “ghost lineages” are visible as faint echoes in our genes, but haven’t yet been matched up with physical fossil evidence.

Research into ancient humans got a big boost around a decade ago, when scientists first sequenced the genomes of Neanderthals and Denisovans. For the first time, anthropologists were able to compare the genomes of both H. sapiens and other ancient humans to look for similarities. The evidence revealed clear signs of interbreeding — the human genome can contain stretches of DNA that match strongly with both the Neanderthal and Denisovan genomes.

While we know that humans contain DNA from both Neanderthals and Denisovans, the amounts vary. People whose ancestors come from Europe and Asia received about two percent of their DNA from Neanderthals. Denisovan DNA, by contrast, shows up only in people from Asia, where it can make up anywhere from a few to around five percent of their genomes.

Africans were long thought not to have any DNA from Neanderthals or Denisovans, as ancient humans acquired those genes only after leaving Africa. But a 2020 study picked out small amounts of Neanderthal DNA in people from Africa, contrary to that long-held assumption. It likely came from humans moving back to Africa from Europe or elsewhere, the authors say.

New fossils have also helped fill out the story in recent years. In 2018, scientists announced they’d found remains belonging to a young girl who was a Neanderthal-Denisovan hybrid. The specimen, called “Denisova 11” had a Neanderthal mother and a Denisovan father, and lived more than 50,000 years ago. A 2021 paper analyzing the oldest human DNA to date, found in Bacho Kiro cave in Bulgaria and dating to about 45,000 years ago, indicated the individuals had Neanderthal ancestors just a few generations back.

Comparisons of modern-day human DNA with the Denisovan genome have similarly indicated that our ancestors interbred with the ancient hominins. Studies of people of Asian and Pacific Islander descent today reveal Denisovan DNA in their genomes. Scientists think their ancestors intermingled with Denisovans sometime after migrating to the region tens of thousands of years ago. Those genes have proven beneficial in some cases. An analysis of a Denisovan jawbone found in a cave high on the Tibetan plateau revealed that modern-day Tibetans harbor a key gene, inherited from Denisovans, that allows their bodies to better deal with the punishing effects of altitude.

Genes from Neanderthals have also been linked to how our skins react to UV light, depression, allergies, myocardial infarctions and other conditions. As we come to better understand both our own and other hominins’ DNA, we’ll likely discover more.

There are also signs that modern humans contain genes from unknown lineages of hominins. One study used sophisticated modeling techniques to sift through genomes and picked out genes from an unknown hominin in the Denisovan genome. Some of those genes were in turn passed on to humans, the authors say, though they’re unable to say who those ancient ancestors were.

Other research has found evidence that humans may have interbred with other hominin lineages in Africa at some point. A number of now-extinct branches of humans co-existed at one point on the continent, including Homo naledi and Homo heidelbergensis, and it’s possible they may have mated with our own ancestors at some point.

And though we know that humans interbred with Denisovans, recent research indicates that what we call Denisovans may actually have comprised several different lineages. If so, the Denisovan DNA in H. sapiens may have come from more than one distinct group

Even as we learn more about our ancient history, and about the groups of hominins that remain with us today at a genetic level, it’s worth remembering that not everything is set in stone. Our understanding of many facets of human history has changed in recent years, from when we left Africa to how many different groups of ancient humans existed. Some of what we think today may not hold up as new evidence comes to light. And further research may unearth entirely new dimensions of our past.

So, while we know that the DNA of ancient groups of humans lives on in us, we still can’t say for certain how much, or how many lineages it comes from. The only thing that’s certain is that there’s still much more to find out.

The Reason Why 2,000-Year-Old Roman Concrete is Still so Strong