Though Lovelace was excluded from higher education, her mathematical contributions form the foundations of computer science. 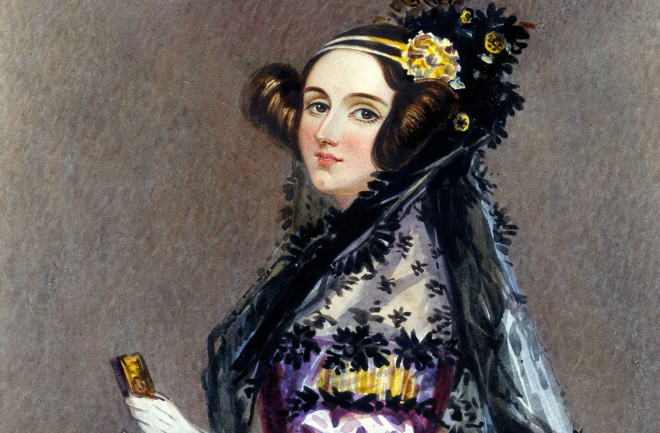 Ada Byron was on her best behavior when first presented to the British Royal Court — though she found the event and its attendees to be underwhelming. A few weeks later, however, the 17-year-old accompanied her mother to a mathematics lecture. That event captured her imagination and changed her life.

Within the next decade, she married and became Ada King, Countess of Lovelace. But historians remember her as Ada Lovelace, a computer science pioneer whose contributions in the early 1840s provided mathematicians and inventors with the foundation needed to advance computing technologies.

As a woman, Lovelace was barred from formal study and relied on tutors and mentors to develop her skills. Her legacy has also been subject to misogyny, as some historians have challenged her abilities and claimed Lovelace didn’t possess the mathematical prowess she claimed. In recent years, however, new insight from her writings has found that Lovelace indeed deserves her spot in history.

The lecture that inspired Lovelace was given by mathematician and inventor Charles Babbage. He had invented the Difference Engine, a type of calculator meant to take a specific formula and compute successive values. Babbage was also working on the Analytic Engine, which he hoped would be a general-purpose calculator that could vary the type of formulas it computed.

For Lovelace, it was mind-blowing to think that mathematicians could design a machine that crunched numbers on demand. She subsequently began a friendship and correspondence with Babbage that lasted for almost two decades.

In 1843, Lovelace published a paper of her own on Babbage’s Analytical Engine. Her work translated another scholar’s article from French to English, though she added appendices that were double the length of the original work. These appendices consisted of a table of mathematical entries, and they were meant to show how the computer might function.

The tables served as a building block for the mathematicians and inventors who later took the idea of a computer from paper to actuality. Yet others claimed she wasn’t their true author and that she didn’t deserve credit at all.

These detractors claimed Lovelace was merely a student of Babbage, and that her relationship with him was that of a mentor and student — rather than a meeting of minds. The criticism has prompted some to argue that Lovelace simply regurgitated pieces of Babbage’s earlier works.

Others have used her exclusion from academia against her. As a woman, Lovelace was barred from studying in higher education; she followed a traditional method of mathematics study that failed to include algebra as part of trigonometry. Lovelace did, however, pursue study into algebra and advanced calculus on her own terms. Augustus De Morgan, the famed mathematician and logician, personally tutored her.

It appears that Lovelace’s social status meant she knew all the right people, in all the right places. But for more than two centuries, one connection in particular has almost overshadowed her legacy as a computing pioneer.

Lovelace was born on December 1815 to poet Lord George Gordon Bryon, the most famous poet in England at the time — and known just as well for his many affairs. One of the most scandalous rumors surrounding Lovelace’s father alleged an incestuous romance with his older half-sister.

Lovelace’s parents separated within a month of her birth — a scandal that drove her father to leave England for France. Lovelace never met Lord Byron; he died in 1824 from a fever at the age of 36. Her mother, however, got along just fine without a husband.

Lady Annabella Bryon came from a wealthy family, whose patriarch was a member of Parliament. Because Lady Byron did not want her daughter to grow up to be a poet like Lord Byron, the family used their resources to instead hire tutors in math and science. Attending mathematics lectures and building lifelong friendships with scientists and scholars helped Lovelace gain valuable access to one-on-one instruction and mentoring in the field.

Her contributions to computing might have been even greater, had she not ailed from uterine cancer for more than 18 months before dying at the age of 36 in November 1852. Her letters and writings have been preserved over the years and prompt historians to question what else the world’s first computer programmer might have accomplished had she lived longer.