How Prepared Is Earth for a Potential Asteroid Collision?

NASA and other world space agencies have been studying this possibility and the forecast for near-earth celestial objects for years. Their efforts helped inform the new film 'Don't Look Up!' 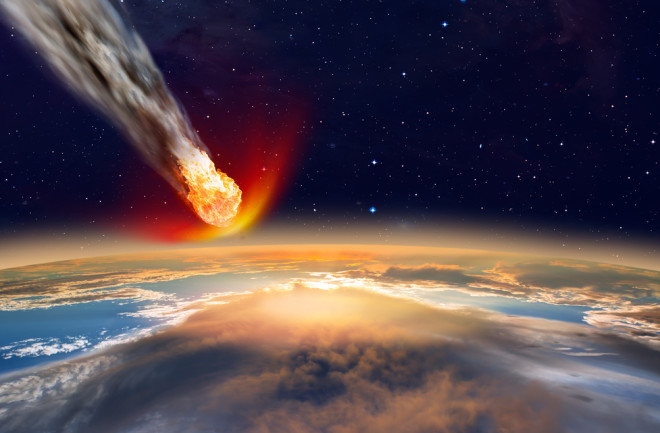 Contrary to what you may have read, Earth will not be devastated by the asteroid Apophis on April 13, 2029. Neither will Bennu, a 1/3-mile-wide pile of flying space rubble, strike us on Sept. 24, 2182. Every single scare story out there warning of an impending celestial collision is just that, a scary tale. At the same time, it is inevitable that such an impact will eventually occur — and when it does, the event could generate vast firestorms, tsunamis and extinctions.

That is the asteroid paradox, explains Amy Mainzer, a planetary-defense expert at the University of Arizona’s Lunar and Planetary Laboratory: The odds of a major impact in any given year are minuscule, but the potential consequences are enormous. Further confounding things, the smaller the impact, the more likely it is to occur and the more difficult it is to predict. All those variables make it intensely challenging for scientists like Mainzer to assess asteroid risks in a useful way, and then to communicate that risk to the public. “You don't need to run out and buy asteroid insurance,” she says. “But you don't want to completely ignore the problem either.”

Mainzer has been pondering these issues a lot lately in her role as the science advisor for Don’t Look Up!, a new film directed by Adam McKay (Vice, The Big Short, Anchor Man). The dark-satire film portrays a chaotic, confused global response to news that a comet is on a collision course with our planet. (Comets and asteroids pose similar hazards, but the filmmakers chose a comet for its greater drama.) The movie skewers, in wincingly believable ways, the powerful human desire not to believe in invisible dangers until they are right upon us.

McKay conceived Don’t Look Up! as a metaphor for climate change, but it also literally depicts the asteroid-detection problems that Mainzer has spent her career attempting to solve. “The first thing I want to tell people is that we don't know of anything that's headed on a collision course. This is a science-fiction movie,” she says.

Full disclosure is built into the way space-science works. The Center for Near-Earth Object (NEO) Studies at NASA’s Jet Propulsion Laboratory uses orbit-simulation software called Sentry II to assess the danger posed by any newfound asteroid. In less than one hour, it can calculate an object’s exact odds of impact within the next hundred years — down to the sliver of 1 in 10 million. The resulting database is openly accessible. You can see for yourself that no large objects have any significant probability of landing on our heads within a human lifetime.

That reassurance comes with a significant caveat, though, because current asteroid surveys are far from complete. Mainzer has been working to remedy that as the principal investigator on NEOWISE, a repurposed NASA infrared space telescope that now scans the sky for previously unknown space rocks. For years, asteroid hunters have campaigned for a modern successor to complete the job. This past June, NASA formally authorized the much more powerful NEO Surveyor, with Mainzer reprising her role as head surveyor. “March 26, 2026 is our target date on the launch pad,” she says.

By the mid 2030s, NEO Surveyor should have found 90 percent of the potentially hazardous asteroid more than 140 meters (460 feet) in diameter; astronomers focus on that size cutoff because such objects are small enough to slip through current surveys but large enough to cause significant regional damage. For even bigger asteroids, capable of causing global destruction on Earth, the coverage should approach 100 percent. Plug all of those newfound asteroids through the Sentry II software, and we will have a near-complete database of every large object that could potentially menace our planet over the next century. That will be a huge step beyond where we are now.

Scientists today run into their own asteroid paradox. There is no objective formula showing what level of risk requires action, nor what action would be desirable. A critical part of unwinding the paradox is the complicated, unsexy process of analysis: If NEO Survey or one of the other asteroid surveys uncovers a potentially hazardous object, scientists need to crunch a lot of data to figure out exactly how big and how dangerous the object is. And they need to do the job as quickly as possible, so we have maximum time to prepare a response.

To hone that process, NASA has sponsored a series of planetary-defense simulations in which scientists pretend they have discovered a new Earth-threatening asteroid. A 2021 exercise, coordinated last spring by Vishnu Reddy at the University of Arizona, imagined that an asteroid similar to Apophis really was on a collision course with us, and then set the participants loose trying to understand what was happening. The simulation culminated with a deadly impact in the Czech Republic, and was scary enough that the associated website and press releases are plastered with “EXERCISE” and “FICTIONAL” warnings.

People focus on the Armageddon-style heroics of sending a mission to blow the asteroid to bits, “but if you don't have the analysis tools in place, it's all kind of a moot point,” Mainzer says. “Are you looking at a situation where the only thing you can do is move people out of the way? Or do you have enough flexibility to mitigate the risk?”

Fortunately, the world’s space agencies are stepping up their efforts to learn how to move a dangerous asteroid out of the way. Next year, NASA’s DART spacecraft (Double Asteroid Redirection Test) will ram headlong into a 500-foot (160-meter) asteroid called Dimorphos, the first test of asteroid deflection. About four years later, the European Space Agency’s Hera spacecraft will swing by to make a close study of DART’s effect on Dimorphos. The joint missions will vastly improve our knowledge of what asteroids are like on the inside and what it will take to move a risky one out of the way.

Even then, risk itself remains a slippery concept, one that often means something quite different to scientists than it does to the public. This disconnect is a theme that Don’t Look Up! explores in biting detail. In the real world, would the public trust scientists’ recommendations to act against a dangerous asteroid, even if the calculated risk sounds low and the cost of a deflection mission runs into the billions of dollars? Mainzer worries about the obstacles created by scientific jargon; McKay points to the many people who dismiss expert analysis of the pandemic and climate change, even in the face of events unfolding all around.

On the flip side, message boards and online forums like Quora are full of questions from people who doubt that scientists would reveal an Earth-threatening object if they found one. Mainzer laughs ruefully at the possibility. “Most scientists that I've ever met, the challenge is getting them to stop talking,” she says. “The problem is that scientists tell us things that we may not want to hear. But we need to hear them.”