After 50+ years, a trio of codebreakers solves the puzzle and earns a nod from the FBI. 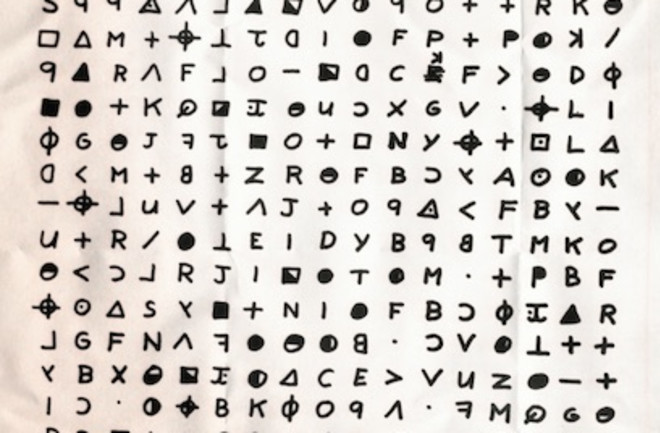 In the late 1960s, a serial killer self-identifying as “the Zodiac” killed at least five people in Northern California and claimed to have murdered more. In November 1969, the Zodiac Killer sent a card to the San Francisco Chronicle containing a 340-character secret message that for more than 50 years went unsolved by detectives, cryptography experts, amateur sleuths and curious others.

After months of crunching code during the pandemic, three researchers on three different continents announced that they’d finally decoded the message. Further bolstering the claim, experts at the FBI verified the solution (and even tweeted about it). The encrypted message didn’t reveal the identity of the Zodiac, but it did bring decades of speculation, conspiracy theories and guesswork to a dramatic close.

“It took a lot of computational effort, and it’s been a real source of frustration for a lot of people,” says computer programmer David Oranchak in Roanoke, Virginia, who has a background in cryptography and coordinated the effort. He’s spent years fielding theories from misguided, would-be sleuths about the meaning of the 340-character code and the identity of its author. “So many people conjure coincidences out of thin air, and the more coincidences they generate, the stronger their evidence.”

“This cipher has always had such a target on its back,” says Sam Blake, an applied mathematician at the University of Melbourne who worked with Oranchak.

Although the codebreakers involved had each been working on the cipher for years, the successful joint effort began in 2018 when Oranchak delivered a talk about the cipher at the annual meeting of the American Cryptogram Association in Asheville, North Carolina. He posted the talk on YouTube where, predictably, it elicited hundreds of comments, many of which came from people who (erroneously) claimed they’d already solved it.

But one person stood out: Blake. He responded to Oranchak’s talk with mathematical ideas about how to approach a code that includes both homophonic substitution — in which one letter might be swapped for more than one symbol — and transposition — in which letters are reordered in a systematic way. Oranchak and Blake began corresponding and eventually generated hundreds of thousands of possible ways to read the code.

To make sense of those, Oranchak brought in Jarl van Eycke, a Belgian warehouse worker and codebreaker who’d written AZdecrypt, software used for decoding homophonic substitutions. Van Eycke used an updated version of his software to churn through the possibilities. “Jarl just smashed it out of the park,” Blake says. In late November and early December 2020, the trio reprocessed their previous results, this time looking for words and phrasing characteristic of other writings by Zodiac.

And they struck gold. Van Eycke’s software spit out two phrases: trying to catch me and gas chamber. They fixed those phrases in the software, ran it again, and more words like paradice [sic] and slaves began to appear. Finally, in early December, they had the message in total. Notably, the message included “that wasn’t me on the TV show,” referencing a call-in news show that had aired just days before the Chronicle received the cipher in 1969.

Oranchak sent their solution to contacts at the FBI, and by the end of 2020, the FBI had verified the methodology and results. In March 2021, Blake wrote about how he’d used Mathematica, a math software package, for his part, and in January, van Eycke made headlines again when he cracked an unsolved 386-year-old code composed by a Dutch scientist.

Cracking the 340-character cipher was so computationally heavy, says Oranchak, that no one in 1969 could likely have decoded the Zodiac’s message — which suggests the killer didn’t know just how difficult a code he’d created. In addition, he notes that today’s codes, like the ones that secure smartphone apps or transmit information online, would never fall to such a brute force effort like the one used by Oranchak and his collaborators.

“They’re just not amenable to this kind of attack,” he says. “The Zodiac cipher was almost certainly constructed by pencil and paper, but it was complex enough that it survived attacks for 51 years.”

The Zodiac sent four coded messages in total to the paper in 1969 and 1970. The first had 408 characters and was cracked in a week. The recently solved 340-character cipher was the second. After those, the killer sent two very short ciphers, one with 13 characters and the other with only 32. In January 2021, an engineer in France claimed to have solved those, but Blake is doubtful. “They’re both too short to have a unique solution,” he says.

The identity of the Zodiac Killer remains unknown.

A 30-Year-Old Cryptographic Challenge Is About To Be Solved