Do You Have What It Takes To Be an Astronaut?

Rather than super-geniuses or super-athletes, NASA’s looking for super-roommates who also happen to be very good scientists. 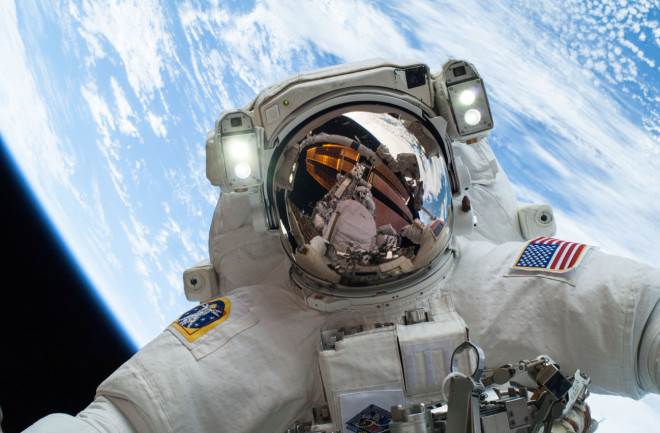 Astronauts have one of the most competitive jobs in the world — 18,300 people applied to be part of NASA’s 2017 class of astronauts, and only 12 made the final cut. But the process of finding astronauts with “the right stuff” has changed over time, and a lot of us Earthlings have the wrong idea about what NASA is looking for.

“I think a lot of the public conception is that we choose super-geniuses or super-jocks or super-pilots,” says Mike Barratt, a NASA astronaut and physician. “I would say that the astronaut office right now is full of people who are comfortable to be with. I mean, don’t get me wrong — we’ve got a couple of super-geniuses, but the main [goal] is that we’ve chosen well-rounded, well-behaved, professional people who are adaptable and resilient, and just someone you could see exploring a brand new world or locking yourself in a garage with for six months.”

The first Americans to go to space in the 1960s were test pilots, in part because test pilots were a ready-made group of people who were used to undertaking uncomfortable and potentially dangerous flight missions. They even had experience wearing claustrophobia-inducing helmets, which Cathleen Lewis, a curator at the Smithsonian’s National Air and Space Museum, says is a surprisingly important criterion: “I don't know if you've ever had the opportunity to put either a space helmet or a flight helmet on your head, but it is very constrained. It's not like it is in the movies. That helmet is approximately 12 inches in diameter, and your face is up against that.”

In addition to test pilot experience, the first American astronauts needed to be under the age of 40, have a bachelor’s degree and be shorter than 5’11” in order to physically fit into the Mercury capsule (though the candidates had already met that requirement in order to become test pilots). The candidates selected were run through a gamut of intense and invasive physical and psychological tests, made famous in the book (and later, film) The Right Stuff. For instance, in the book, Tom Wolfe describes everything from electric shocks to barium enemas.

Meanwhile, over in the Soviet Union, the cosmonauts had their own selection process. After World War II, most of their tried and true test pilots were helping to design new aircraft, so the people selected for the cosmonaut program were often newly minted lieutenants in the Soviet Air Forces. They were smaller, on average, than American astronauts, with a height limit of just 5’7”. Another big difference between the cosmonaut and astronaut programs was the role of women within them: According to Lewis, the Soviets wanted to “demonstrate that they had ‘mastered this so well that even women can do it.’” Cosmonaut Valentina Tereshkova became the first woman in space in 1963, a full twenty years before American Sally Ride.

The first U.S. astronauts weren’t just entirely men — they were also all white. While NASA didn’t explicitly ban people of color from becoming astronauts at the time, “by virtue of the history and the systemic racism of the preceding agencies, yes, they excluded minorities,” says Lewis. There were some Black astronaut candidates as early as 1963, but the first Black astronaut from the U.S. to reach space was Guion Bluford in 1983.

Just as the missions for astronauts have changed, so too have the selection criteria. In the earliest missions, we didn’t know what space travel would do to the human body; therefore, the selection and training processes erred on the side of caution by putting candidates through physical extremes. Modern missions, however, are more like working in a scientific laboratory — albeit one with extra rigors.

“We're lab techs, we’re the hands and the feet of the investigators who invested years and millions of dollars in getting their experiments up there,” Barratt says. “But just remember that we're doing it all in weightlessness, and we're doing orbits, 70,500 miles an hour. And also remember that the commute to work and back from work involves an ascent and an atmospheric entry. It’s risky to get there and to get home.”

There are no age limits to becoming an astronaut, no previous flight experience is necessary and the physical requirements are less demanding than they were in the days of the Mercury and Gemini missions. For instance, modern astronauts aren’t required to train in a spinning gimbal rig because they’re no longer sent up in erratically spinning capsules.

Still, Barratt says, “we don't want a couch potato.” Astronaut candidates undergo tests for strength, agility and endurance, like riding an exercise bike with an increasing workload until the candidate is exhausted. NASA physicians also take family medical histories to make sure there aren’t any hereditary issues that might crop up during a mission.  All in all, though, “aerobic fitness varies pretty widely in the corps because that's one of many, many factors that makes you successful,” Barratt says.

In spite of the physical and intellectual rigors of the astronaut selection process, the most important part just might be finding candidates with the right personality. The ability to “function under stress or to handle something that's uncomfortable or new or unpredictable, and stay steady, that's really what we're looking for,” Barratt says.

“Teamwork is probably the number one competency that we pay a lot of attention to,” agrees Anne Roemer, NASA’s astronaut selection manager. A group of around 120 candidates is invited to come for in-person interviews, and then a smaller subset typically undergoes a second round of interviews, she says. “We’re doing a lot of exercises with them — team reaction exercises, individual performance exercises, how do they operate under stress? And so we have the opportunity to get down to that final group just to run simulations with them and see how they actually perform in terms of teamwork, leadership, communications, all the things.”

Barratt says that the astronaut hopefuls’ CVs and interviews are helpful tools for finding the right people, but some of the most valuable insights into personality come across when the astronaut candidates are living together during the training process: “Somebody who takes out the trash without being asked or does the dishes without being asked, that's a pretty positive sign.”

5 Things You May Not Have Known About Neil Armstrong

Reach Across the Stars: New App Offers Interactive Exploration of Women in Astronomy

How an Astronaut Sleeps in Space