Despite several high profile missions to find an Earth-like planet orbiting a Sun-like star, astronomers have failed to find one. Now the Chinese are launching their own space telescope to hunt for Earth 2.0. 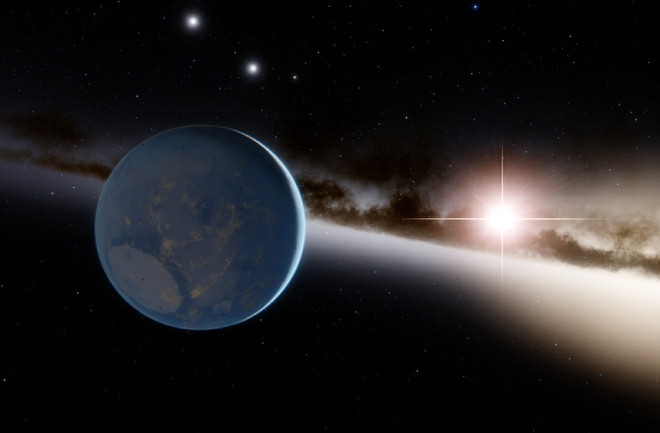 The Kepler Space Telescope made some of the most exciting discoveries in astronomy. Launched in 2009, the telescope observed 13 million stars until 2018, when it was de-activated.

During that time, Kepler discovered over 2600 planets orbiting other stars. Some were entirely unlike anything in our Solar System, forcing astronomers to invent two new classes of planet. One or two of Kepler’s discoveries even orbit in the habitable zone of their parent star, albeit around red dwarf stars that are rather different from our Sun. This was hugely exciting because this temperate region in which liquid water can exist has conditions thought crucial for the existence of life.

But for all that, Kepler ultimately failed. Its mission was to find another Earth, in other words an Earth-like planet orbiting a Sun-like star. But in nearly a decade of observations, Kepler found not a single Earth 2.0.

That was partly because Sun-like stars turned out to be noisier than expected and so required longer observation times. But also because in 2013, two of the observatory’s four reaction wheels broke down, making long-term observations impossible. As a result, astronomers have yet to find an alien Earth.

That could now change thanks to a Chinese mission called Earth 2.0 due to be launched in 2026. This mission will scan the heavens for Earth-like planets orbiting Sun-like stars with instruments designed to cope with the star-noise that Kepler unexpectedly discovered.

The team involves some 300 scientists and engineers from over 40 institutions, most in China. And this week, the collaboration published a detailed description of the mission on the arXiv.

Instead, the spacecraft will carry six smaller 30cm telescopes that together will observe a similar area of sky as Kepler, which had a 1.4-meter mirror. These telescopes will look for the characteristic changes in star brightness as a planet passes in front of it.

The spacecraft will also carry a seventh telescope designed to look for microlensing events in which the gravitational field of a star focuses the light from a distant star behind it, temporarily brightening it. By studying the pattern of brightness, astronomers can tell if the star has an orbiting planet.

This seventh instrument will also be able to spot free floating planets, thereby helping to cast some light on these strange, lonely objects.

The Chinese team’s plan is to launch Earth 2.0 to the L2 Lagrange point, one of several regions of space where the Earth and Moon’s gravitational fields are in balance, and away from Earth’s potential interference. L2 is a popular choice for observatories and home to several past and present, such as the Herschel Space Observatory and the James Webb Space Telescope. The Earth 2.0 spacecraft will orbit L2 over the course of 4 years, sending back some 169 Gb of data every day.

That raises the prospect of some mouth-watering discoveries. “Simulations show that the transit survey will be able to detect ∼ 29,000 new planets, including ∼ 4,900 Earth-sized planets,” the team say. That means the mission should detect between and 10 and 20 Earth 2.0s by 2030.

The discovery of the first Earth 2.0 is likely to be one of the defining moments in the history of astronomy. It is likely to create huge interest in the nature of these planets, the make-up of their atmospheres and the potential presence of water. Then there will be the search for biomarkers suggesting the presence of life, molecules like methane and oxygen, and the characteristic light absorption patterns of photosynthesis. Beyond that will be the search for technosignatures that might indicate the presence of a civilization, signals such as industrial pollutants like chlorofluorocarbons and even narrowband radio transmissions.

Of course, Earth 2.0 isn’t the only mission capable of spotting an alien Earth. Several others have the capability, such as ESA’s Plato mission which will also be launched in 2026. But these will have to be luckier than Earth 2.0 to be successful.

That sets the scene for an exciting international race to discover an “other Earth” and the beginning of a new era in the study of potentially habitable planets.