Throughout history, physicians used human remains in medical treatments, and the practice lasted well into the 19th century. 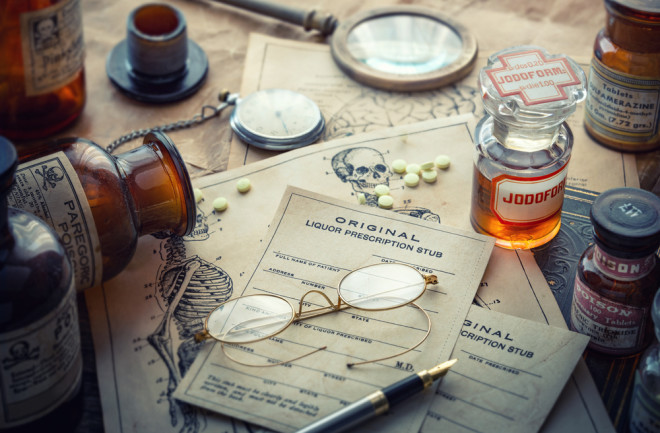 In the mid-1600s, German chemist Johann Schröder had a recipe for vitality he thought would benefit anyone looking to add pep back into their step.

First, he acquired the body of a recently executed convict. Not just any corpse would do. Schröder wanted a healthy man, ruddy in complexion and around 24 years old. The man must have died a violent death, as opposed to passing from illness. And second, the corpse needed to sit in the moonlight for at least one night before Schröder smoked the flesh in a way he promised was “without any stench.” The energy of the corpse, he believed, would then pass on to the person who took a few bites.

Schröder was one of many medical practitioners who practiced corpse medicine, a form of medical cannibalism that dated to ancient times. For thousands of years, physicians used human flesh, blood or bones to treat a variety of ailments. It’s a nauseating part of medical history that persisted in places like Europe, well into the 19th century.

Many cultures practiced medical cannibalism. Although Western culture has erased most mentions of this, other records date the practice to ancient China, Greece, India, the Roman Empire and parts of the Middle East.

Claudius Galenus, for example, was a Greek physician born in the second century, who treated Roman gladiators. Galenus had a large influence on medical theory that carried through to the 17th century. He believed in the four bodily humors and the importance of keeping a healthy balance between a person’s blood, phlegm, black bile and yellow bile. And according to Cannibalism, it made sense to him that healthy blood from a vigorous person could treat ailments in an unhealthy person.

Galenus encouraged people with epilepsy (or seizure disorders he assumed were epilepsy) to attend gladiator events with a cup in hand so they could collect the warm blood flowing from the dying, or wounded gladiator, and gulp it down.

The belief that healthy blood had restorative powers lasted well into the 1800s in places like Denmark, where crowds with cups attended executions in the hopes of leaving with a few sips of fresh, hot blood. Blood consumption was one of the many ways the bodies of executed prisoners fueled medical cannibalism.

In many European kingdoms, ruling monarchs didn’t build penitentiaries, and they often exiled or executed convicts. Medical practitioners claimed the corpses of convicts hung, beheaded or broken on the wheel.

Many executed prisoners were healthy, young men and that suited medical cannibalism’s purposes. The practice often operated on parallels, such as the flesh from a healthy person could cure skin diseases. Practitioners added human flesh and fat to salves and used them topically to treat wounds. A person could also consume flesh and fat medicines to help with pain from rheumatism.

Followers of medical cannibalism believed that a fast and violent death preserved the corpse’s energy and made it suitable for processing into treatments. The skull, in particular, was highly valuable. Followers removed the skull from the body, emptied and then ground it into a powder that treated diseases of the head, such as nosebleeds. Another option was to use the skull as a planter to grow moss. They then collected the moss and added it to healing concoctions.

People of all social standings, including royalty, turned to the human body for pain relief, treatment for chronic diseases and wound care. Charles II, for example, a 17th century Scottish king, took medicine mixed with skull bone to cure his convulsions. The medicine didn’t work and he died within days.

The End of Eating the Dead

There were several motivations for ending the popular practice of drinking blood and eating smoked flesh. Medical cannibalism always had critics, but not because the idea offended them. Rather, many naysayers simply didn’t think the treatments worked. This was particularly evident during the Black Plague when prevention recipes didn’t stop the disease from spreading.

One failed attempt to ward off the plague involved menstrual blood from a “young virgin maiden,” combined with other ingredients to form a cake that people wore on a string around their neck. The cakes weren’t effective, and as many as 50 percent of Europeans died during the mid-1300s outbreak.

In addition to centuries of failed recipes, medical practitioners also had their concerns about fraud, particularly involving powders and oils that were supposed to have come from excavated mummies. Apothecaries had long believed the black substance found on mummies was bitumen from the Red Sea that could be used to cure coughs, heal broken bones or break fevers. Counterfeit mummies flooded the market, and practitioners became distrustful.

Some medical historians cite colonization as a major determining factor in ending medical cannibalism. As Europeans increasingly colonized other countries in the 17th and 18th century, they used religious cannibalism as a moral justification for why they had the right to violently occupy a foreign land. Medical cannibalism was a major contradiction, and Europeans not only ended the practice, but destroyed references and records so they could pretend like it never happened.

The Rise Of The Obesity Epidemic