5 Hispanic Scientists That Made Amazing Contributions To Science

Despite ridicule and discrimination, these Hispanic scientists helped change the world. 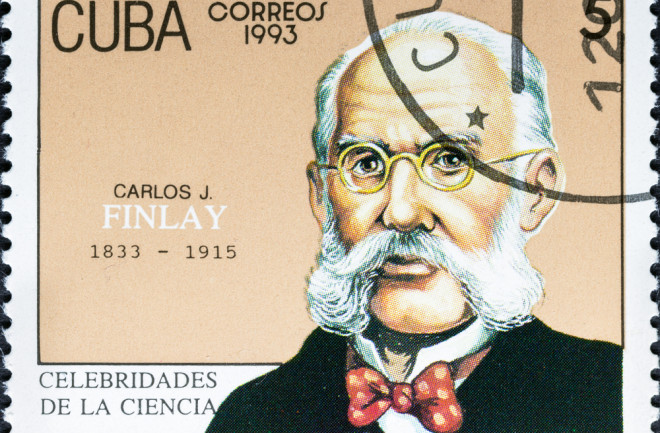 We may not always think about it, but scientific contributions have changed our lives. From new medicines to new technologies, science continues to shape our world. The things we take for granted may have at one time been the life's work of a scientist who had to overcome adversity due to their gender or race. However, they persisted and contributed their ideas to the world. In celebration of Hispanic Heritage Month, here are five Hispanic scientists that made amazing contributions to science.

Born in Argentina in 1927, César Milstein's parents encouraged him and his brothers to make education a priority. After graduating from the University of Buenos Aires with a Ph. D., Milstein accepted a position with the National Institute of Microbiology in Buenos Aires in 1957. Afterward, he earned another Ph.D. from Cambridge University in 1960 and became a member of the Medical Research Council Laboratory of Molecular Biology in Cambridge, England.

Milstein's primary area of study was with antibodies, and in 1984 — along with Georges Köhler and Niels K. Jerne — he was awarded the Nobel Prize for helping to develop monoclonal antibodies. Monoclonal antibodies can help clone and produce an almost unlimited amount of desired antibodies. They are often used in pregnancy tests, blood cell typing and detecting viruses and bacterial diseases.

Ynés Enriquetta Julietta Mexía was a Mexican-American botanist, born in 1870. Though she was 55 when she began her botanist career, her contributions to botany are immeasurable. Mexía grew up in Washington, D.C., before moving to Mexico to run her late father's ranch. Her first husband died soon after they were married, and she filed for divorce from her second husband after he ran the ranch into the ground. With her mental health suffering, Mexía moved to San Francisco for treatment. While there, she worked as a social worker before joining the environmental movement.

She joined the Sierra Club and the Save the Redwoods League, traveling all over California. Her work with these organizations inspired her to pursue botany, and at 51 in 1921, she enrolled at University of California Berkeley. In 1925, she went on her first plant collecting trip in Mexico, where she collected over 1500 plant species. As the first Mexican-American female botanist, Mexía traveled all over North and South America collecting samples during her 13 year career. She was even the first botanist to collect samples in Denali National Park.

During her travels, she advocated for Indigenous and women's rights and shook up gender norms by traveling solo and sleeping outside — something women didn't do much during that time. By the end of her career, Mexía had collected nearly 150,000 specimens, had a new genus named after her that included 50 species and helped discover and categorize over 500 plants.

Born in 1929 to immigrant parents, Trías faced adversity at a young age. Despite her English fluency and good grades, she wasn't allowed into the more advanced classes at school in New York. Eventually, one of her teachers noticed her academic achievements and had her move up to the advanced courses. This helped propel Trías on a path toward medicine. She studied medicine in San Juan, and after completing her residency (at University Hospital in San Juan), she began teaching at the medical school. While in San Juan, she started the first infant health clinic in Puerto Rico and after three years, infant mortality dropped by 50 percent.

In 1970, Trías returned to New York as head of the pediatrics department at Lincoln Hospital in the South Bronx. There, she was met with other issues. The hospital saw primarily Black and Hispanic patients. It was also in dire need of repair. Because of this, activist groups, like the Young Lords, occupied hospitals and demanded better facilities and treatment for their people. Trías recognized how poverty and inequality led to a decline in health. She brought this experience to the women's health movement of the 1970s.

While white women had to fight for access to safe abortions and birth control, women of color were sometimes subjected to sterilization practices. She founded the Committee to End Sterilization Abuse and the Committee for Abortion Rights and Against Sterilization Abuse. She helped found the Women's Caucus and the Hispanic Caucus of the American Public Health Association (APHA). In the 1980s, she worked at the AIDS Institute in New York and became an advocate for women and children with HIV. And in 1993, she became the first Latina to be elected president of the American Public Health Association.

Thanks to her contributions to medicine and human welfare, she was awarded the Presidential Citizens Medal in 2001.

Sabrina Gonzales Pasterski is a Cuban-American scientist who was born in 1993. Not even 30 yet, she has earned numerous scientific achievements, including being the youngest person in the world to build and pilot their own aircraft. In 2006, at the age of 12, Pasterski began building the kit aircraft, N5886Q, and in 2009 she took her maiden voyage in the craft at 16.

While at Massachusetts Institute of Technology for her undergrad, Pasterski was part of the Compact Muon Solenoid (CMS) experiment. The experiment aimed to use particle physics detectors to search for things like the Higgs boson, dark matter particles and extra dimensions.

She wrote a paper on electromagnetic memory in 2015 while working towards a graduate degree from Harvard — which was then cited in a 2016 Stephen Hawking paper.

Pasterski is currently earning her postdoc from Princeton.

Carlos Juan Finlay, born in 1833, was a Cuban epidemiologist who studied yellow fever. A graduate of Jefferson Medical College in Philadelphia, Finlay was appointed by the Cuban government to study the cause of yellow fever with the North American commission. He was later the Cuban delegate at the International Sanitary Conference in Washington, D.C.

At the conference, he presented his hypothesis that mosquitoes transferred yellow fever from infected people to healthy people. However, he was mostly ignored and even ridiculed by the medical community for nearly 20 years. Though, this didn't stop him from trying to prove his hypothesis.

In 1900, Walter Reed of the U.S. Army Yellow Fever Board ventured to Cuba, where Finlay tried to persuade him to look into mosquitos as a possible transmitter of the disease. Though not convinced initially, Reed looked into the possible transference of yellow fever via mosquito and concluded that Finlay was indeed correct. This discovery helped eradicate yellow fever in Panama and Cuba. Finlay finally became the chief sanitation officer in 1902, and after his death in 1915, the Finlay Institute for Investigations in Tropical Medicine was established in his honor.

A Soft Ventilator Could Help People with ALS Breathe Easier

More From Discover
Health
Is Vitamin C Actually an Effective Cold Remedy?
Mind
What Is Emotional Blunting, and Do Antidepressants Cause It?
Health
What New Variants Of COVID-19 Are Currently Circulating?
Health
Why Eating Disorders Are so Difficult to Treat
Health
The Origins of Organ Transplantation
Health
Beer Hops May Fend Off Alzheimer’s
Recommendations From Our Store
My Science ShopDiscover STEM Kits
My Science ShopDiscover 2022 Calendar
My Science ShopStrange Science
My Science ShopElements Flashcards
Shop Now
Stay Curious
Join
Our List