5 Actresses Who Have Also Worked As Scientists

From Natalie Portman to Lisa Kudrow, the following lineup explores the surprising crossover between actress and scientist. 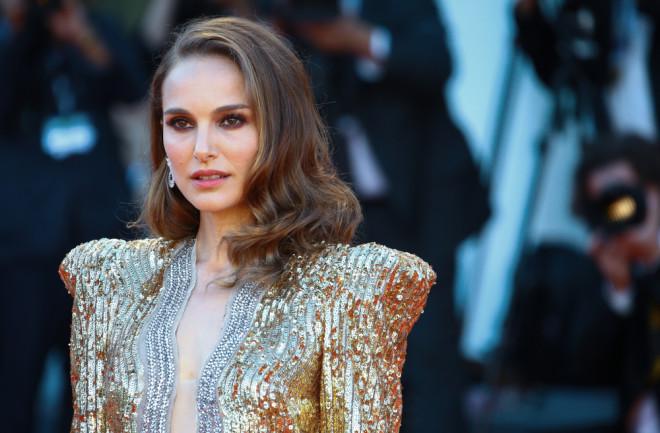 Plenty of scientists throughout history have had day jobs: Albert Einstein’s work as a patent clerk is one of the most famous examples. Marie Curie worked as a governess in the earliest days of her research.

For some scientists, though, their other work wasn’t just a way to pay the bills, but another vocation entirely: Samuel Morse was a painter, for example. Notably, if you look within the realm of acting alone, you can find a surprising number of women who contributed to science as well as the stage. Here is a round-up of some of them, and their exceptional achievements.

Born in Austria, 1913, Hedwig Eva Maria Kielser was precocious from a young age. As the child of a wealthy Viennese banker, she was privately tutored from age 4. By the time she reached 10, her list of accomplishments was extraordinary: She was a dancer, a pianist, and spoke four languages. Her motion picture debut, Geld auf der Strasse (translated as Money on the Street), came in 1930 when she was just 17. By 25 she’d made it to Hollywood and appeared in her first English-language film, Algiers.

A short-lived and unhappy marriage to Austrian arms dealer Fritz Mandl sowed the seeds for her most famous invention during World War II. Alongside pianist and composer George Antheil, Lamarr adapted a mechanism in self-playing pianos to solve a major problem with torpedo guidance. The duo recruited the help of an electrical engineering professor at the California Institute of Technology to make their device.

At the time, torpedoes were radio-guided, and high-strength RF signals tuned to the same frequency could jam the radio signal. Using this mechanism, both the transmitter and receiver could rapidly shift between frequencies while staying in sync.

Though the Navy didn’t use the invention in the war, it found use after the patent expired during the Cuban Missile Crisis. More to the point, though, the frequency-hopping technology formed the basis for wireless technologies such as Wi-Fi, Bluetooth and GPS.

Actress Lisa Kudrow is most famous for her role as Phoebe Buffay in the hit show Friends. But before she broke into acting, she wanted to be a researcher. After graduating from Vassar College with a degree in Psychobiology, she worked with her father, physician Lee Kudrow, who is a specialist in headaches and migraines — in fact, he founded the California Medical Clinic for Headache, and is one of the original founders of the International Headache Society.

The pair worked together on headache research, studying what sounds like a strange relationship: cluster headaches and left- or right-handedness. Though they may sound totally unrelated, previous research data had indicated over 15 percent of patients who suffered from cluster headaches were left-handed, as compared to 10 percent prevalence in the regular population, which suggested a possible connection. However, the Kudrows’ follow-up research — which published in 1994, when the first episode of Friends aired — did not indicate any connection.

Her acting chops require no introduction. As a child actress, Portman stole the show in The Professional, and before she was out of high school she had a leading role in the Star Wars prequels. She was the first actress born in the 1980s to win an Academy Award for Best Actress, in her starring role in Black Swan.

Though it’s been some time since she published any papers, Portman has a scientific pedigree she established as early as her acting credentials. Before she was even out of high school, Portman had co-published a paper in the Journal of Chemical Education. (The paper is published under Natalie Hershlag, her last name at birth; she adopted Portman, her paternal grandmother’s maiden name, as a stage name to protect her privacy.)

The 1998 paper deals with the enzymatic production of hydrogen from sugar, particularly demonstrating how hydrogen could be converted from biomass (i.e. organic garbage) and repurposed as a fueld source. The paper had a definitive environmental angle, as it notes the eventual products of these reactions can “represent alternative energy sources to fossil fuels such as oil.”

Four years later, while studying psychology in college, Portman published a paper which used near-infrared spectroscopy, a non-invasive way of studying brain activity in developing brains (i.e. babies’ brains), to show that the emergence of object permanence is associated with an increase in hemoglobin concentration in the frontal cortex.

Though Stewart is perhaps most famous for her role as Isabella “Bella” Swan in the Twilight film series, that’s far from her only acting experience. Her performance days date back to 1999 and include roles in films like The Runaways, and Love, Antosha (playing herself in the documentary). In recent years, she’s started stepping into some directorial roles as well, including the short film Come Swim in 2017, which is where her cinematographic and scientific interests intersected.

The style of the film is actually based on an impressionistic-style painting Stewart created of a man waking from sleep. To transfer that to film, Stewart, Adobe research engineer Bhautik Joshi and film producer David Shapiro collaborated to run the artwork through what’s called a Neural Style Transfer. The device uses neural networks to redraw images based on the style of a source image. They published a case study of the technique’s use in the film, with the “hope that this mapping can provide insights into priorities for future research,” according to their 2017 paper.

Bialik has a long career in the film industry. As a teenager, she had a lead role in the 1988 film Beaches and starred in the sitcom Blossom. Her most obvious modern claim to fame is playing neuroscientist Amy Farrah Fowler in the hit show Big Bang Theory.

She’s uniquely well-suited for the latter role, given that she actually is a neuroscientist. After graduating from the University of California in 2000 with a B.S. in neuroscience, Bialik completed a postdoctoral fellowship at the UCLA Mental Retardation Research Center, before completing her Ph.D. in neuroscience at UC in 2007.

Her doctoral thesis was on the relationship of hypothalomic regulation to maladaptive, obsessive-compulsive, affiliative and satiety behaviors in Prader–Willi Syndrome. The rare genetic disorder carries a huge variety of symptoms, though one of the earliest and most obvious is a constant sense of hunger.