3 Science Hoaxes Of Today: From Theranos To Fake Fossils

From Elizabeth Homes and Theranos to a fake dinosaur fossil, these present-day cons weren't afraid to skew the science to swindle others. 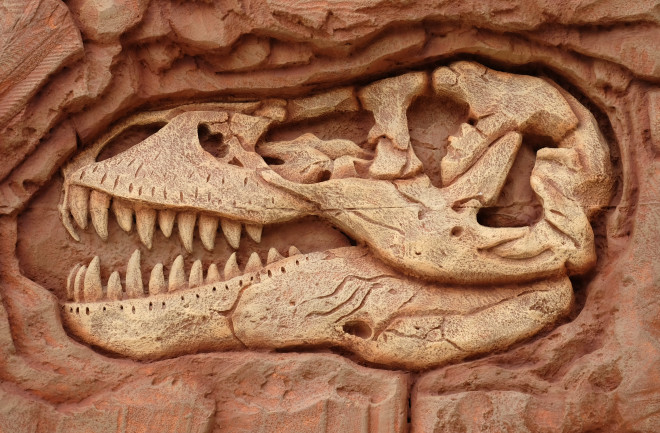 A career in the sciences can be intense and competitive. Depending on the discipline, more than half of doctoral students don’t graduate. For those who do, there can be great pressure to publish and develop innovative research.

Although it’s rare, there have been a few noted instances in which scientists have lied to advance their interests. In other cases, opportunistic individuals or eager entrepreneurs have faked scientific evidence to swindle others. Regardless of the source, those lies can blossom into major hoaxes that shock the scientific community — and the public.

These hoaxes aren’t from hundreds of years ago, when skeptics didn’t have modern technology to debunk deceit. Here are three relatively-recent scientific cons:

When a farmer in the late 1990s uncovered a dinosaur fossil in China’s Liaoning providence, they knew they had found a money-maker. Many important dinosaur fossils were discovered in the area, and there was a market of collectors eager to pay top dollar.

The fossil, however, wasn’t worth enough on its own. And so someone, perhaps the farmer or the dealer who bought it, decided to use a bit of glue to add on additional parts.  The fossil was smuggled out of the country and ended up at a gem and mineral show in Tucson.

The owner of a dinosaur museum in Utah purchased the fossil for $80,000 and then connected with a paleontology colleague from the Royal Tyrrell Museum in Alberta, Canada. The two planned to publish on about the fossil, which they excitedly thought was the missing link between birds and dinosaurs that scientists had been hoping to confirm.

Dubbed the Archaeoraptor, the fossil was special because it was the first physical evidence of feathers on a dinosaur. The museum owner and paleontologist submitted their research paper to scientific journals including Nature and Science. All passed on the article.

National Geographic, however, took interest in the finding and a November 1999 story announced the fossil. The problem? The scientific community was already pretty skeptical and a CT scan of the bones soon revealed the fossil was a composite, meaning bones were taken from several creatures and glued together.

In the end, National Geographic conducted an investigation and confirmed the fossil was indeed a fake. The museum owner realized he had been swindled, and scientists went on to continue their debate on the link between birds and dinos.

In 2002, physicist Jan Hendrik Schön was off to what seemed to be a stunning start to his career. He was 32-years-old with a rising career at Bell Labs and dozens of journal articles to his credit. And not just any journal articles, but research in esteemed publications like Nature and Science.

He won award money, networked with Nobel prize winners and gave media interviews. People were excited about his work on high-performance transistors that used non-traditional materials such as plastic to conduct energy. He also had some other inventions that were attracting attention, including a laser.

Schön published constantly, sometimes as many as seven articles a month. Other researchers scrutinized his data and began noting that they couldn’t duplicate his findings. Then some scientists noticed inconsistencies in his table captions from one article to the next.

Bell Labs responded by forming an external panel led by a Stanford University professor. While Schön’s co-authors cooperated with the investigation, he gave excuses, like that that he had lost data. The panel found that Schön had lied extensively: Some of his famed devices didn’t even exist, and much of his data had been faked.

Bell Labs terminated Schön, and scientists began discussing how they had been duped. In the coming years, Schön returned to his native Germany and took a job in the private sector. The university where he earned his PhD revoked his degree. Scientists, meanwhile, moved forward, and other researchers soon made strides in the same areas that Schön once dominated with his deceit.

Elizabeth Holmes was just 19 years old when she founded Theranos in 2003. Holmes didn’t have any management or medical training, and she had dropped out of Stanford University. But she had a big idea and the ability to make people trust her.

Holmes claimed that her company could diagnosis up to 200 diseases using only a few drops of an individual's blood. (This sample was then placed on a special cartridge and inserted into an analyzer.) The cost was supposedly just 10 percent of regular diagnostic services, and the process was much faster.

While scientists remained skeptical, investors were convinced. The company’s valuation ballooned to $9 billion.

By 2015, though, critics started going public. One industry leader published his concerns that the company’s claims were exaggerated. Soon a Wall Street Journal investigation revealed Theranos didn’t actually have special cartridges or analyzers and instead outsourced to third-party laboratories with standard equipment. In the process, blood samples were diluted and there was a high frequency of error. And although the company promised 200 diseases could be detected, they could only identify a dozen.

Authorities got involved in 2016 when the Centers for Medicare & Medicaid Services (CMS) toured the facilities and promptly revoked the company’s laboratory certificate and issued heavy sanctions, like canceling Theranos’ eligibility to receive Medicare or Medicaid payments.

Two years later, the SEC charged Holmes with fraud along with the former company president Ramesh “Sunny” Balwani. Both were accused of raising more than $700 million in what they called a “years-long fraud” involving “exaggerated” or  “false statements.”

The 10 Greatest Scientists of All Time

How To Build An Emergent Spacetime In The Laboratory