Virtual Reality Is Improving Fast — Where Is It Taking Us?

The future of virtual reality might be less flashy and more transformative than we expect. 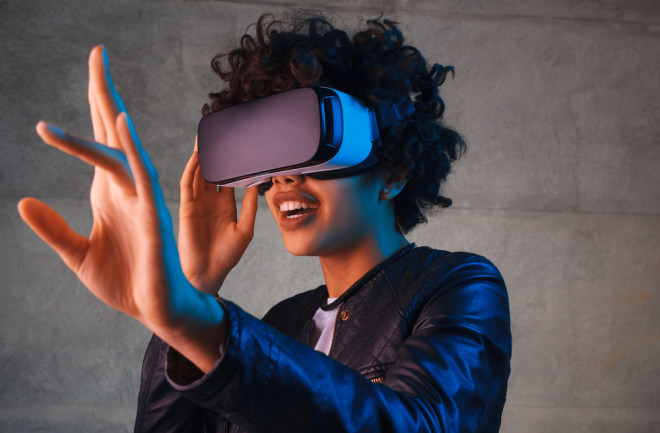 Today’s virtual reality (VR) headsets are undeniably cool, but the experience they offer is still more virtual than real. However, the tech is improving rapidly: This June, Mark Zuckerberg gave the world a sneak preview of prototypes for four virtual reality headsets, a teaser that left gamers salivating. Of course there’s far more to VR than games, but what can we expect the future of VR to look like? What will non-gamers actually use it for?

Last year, in an article in Wired, academic David Karpf pondered the question, and didn’t come up with many examples beyond souped-up Zoom meetings. The problem is not the tech, but the lack of imagination in a tech industry led by billionaires raised on stories of space travel, he writes. “I’m sure the rigs and goggles of 2026 will be better and more affordable than the ones we have today. I’m just not sure what else we will use them for. The problem isn’t the technology — it’s the vision.”

However, not everyone’s vision is limited. Andrea Stevenson Won, director of the Virtual Embodiment Lab at Cornell University, studies how VR can be used to help kids cope with pain from medical treatments or chronic conditions, among other applications. VR is also being used for medical training — for example, in the form of a training device that’s similar to a “flight simulator,” but for surgeons instead of pilots.

The potential uses in education are exciting, as well. With VR, students can observe the inside of a volcano or hold a human cell in their hands. A field trip to the Amazon, anyone? With VR, no place is too far away, too large or too small, or too dangerous to explore.

As Karpf points out, many of these uses aren’t new — much less revolutionary. But for those who aren’t looking to slay a dragon, the future of VR still holds some intriguing possibilities. In fact, what Karpf calls the “mundane” uses of the technology might be the ones that that turn out to be the most revolutionary.

Take those beefed-up Zoom meetings, for example. Attending meetings using VR rather than engaging with a bunch of little boxes on your computer screen might not seem like a huge technological leap. But the potential of VR to allow for real collaboration with people around the world is no small thing. The embodiment and presence of VR can make certain surface-level interactions feel more real.

It might even lead to a more equitable world. Professional conferences are undoubtedly useful, especially in science and academia, but not everyone who would benefit can afford to attend, says Stevenson Won. If we could figure out ways to make virtual meetings work better, she says, it would make participation more equitable. For example, people who can’t afford to travel or who have health or family issues that make travel difficult or impossible would still be able to attend. It would also, she adds, be better for the environment.

It’s not just meetings, either. Stevenson Won’s research has found that social interactions, even within a virtual environment, reduce people’s experience of pain. She and her team are now looking at how that might be helpful in hospitals, where visiting is not always possible and kids usually aren’t allowed. With VR, families can visit their loved ones in the hospital, and even play a game of cards or work a puzzle together while they’re there. They can even give each other virtual hugs.

For many years before the advent of immersive VR, Donna Davis, director of the Oregon Reality Lab at the University of Oregon, worked with a Parkinson’s support group in the online virtual world Second Life. At the end of each meeting, participants could click on a sphere at the center of the room, sending their avatars there for a group hug. The members, Davis says, reported feeling the same comfort from these virtual hugs as they would from a physical hug. She says she felt it herself. And those were simply online avatars, not the immersive presence of today’s VR that uses headsets and sensors.

Of course, none of this will be advantageous if access is inequitable. Affordable devices and widespread availability of sufficient bandwidth will be necessary if this technology is to bring us together, rather than push some people further to the sidelines. But given those basics, and continued improvements in the technology, the future is “limited only by our imaginations,” says Davis. “Anything is possible.”

At the end of his Wired article, Karpf expresses a wish for a tech that reflects a vision of the future that, instead of glamorizing space travel and sci-fi virtual worlds, focuses on efficient mass transit or a living wage for all workers. VR isn’t likely to do that just yet. But it might be able to bring together the people who can.

Some Researchers Debate if we are Living in a Computer Simulation

Why Some People Seek Romance in Virtual Relationships