The Pros and Cons of Artificial Intelligence

AI has upsides and downsides; here's how to ensure you stay on the upside. 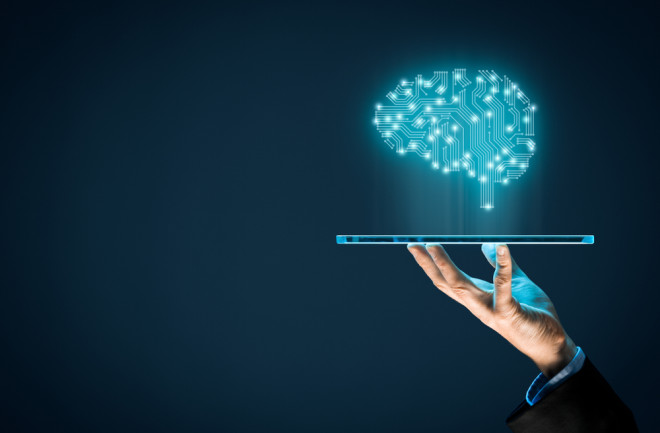 The advantages of artificial intelligence are many and only growing. AI can quickly translate a passage of text — for example, this article —into whatever language you'd prefer to read. AI can easily sort through tremendous amounts of data, providing humans with organized information at the touch of a few keystrokes. It can aid in the diagnosis of cancers, beat a Go master, choose a movie you'd like and order a pizza for you to eat while you watch it.

What Does This Mean?

If you're looking for the value of AI, you need look no further than its skill at protein folding. An AI program called AlphaFold proved capable of predicting a protein's structure based on its amino acid sequence, something humans have struggled to do. This is no fancy biological party trick. Predicting the shape of proteins will help researchers better understand the molecular structure of cells and be a great help in drug discovery and development, benefiting us all.

AI is fast, efficient, and in many ways even lives up to the second half of its name: intelligent. Some experts predict that not too many years hence, AI will reach the holy grail of general AI; that is, it will no longer be limited to specific tasks, such as protein folding or text translation, but will be able to do pretty much anything human intelligence can do, a hypothetical moment often referred to as "the singularity." At that point, the possibilities of AI would be limitless, with the potential to help humans in ways we haven't even imagined yet, says Max Tegmark, physicist and machine-learning researcher at MIT.

More about AI In Medicine:

But the disadvantages of AI are being increasingly documented as well. AI can be horribly biased, as when one AI system predicted that black defendants were far more likely to be repeat offenders than they actually were, or when it astonished its creators by labeling photos of Black people as "gorillas." AI's mistakes can be deadly. A self-driving car hit and killed a pedestrian in Tucson in 2018. But perhaps most disturbingly, in many cases, AI is a black box — we don't know what's going on inside.

"AI is not a machine that says two plus two equals four," explains Shane Saunderson, tech entrepreneur and robotics expert specializing in human-robot interaction. "It's a machine that analyzes a bunch of data for patterns and classifications. And we don't always know exactly how it's doing that."

And what about that general AI that may be on the way? Tegmark and others have warned that if we're not careful, AI with human-level intelligence could simply decide the world would be better off without humans and might well be able to make that happen.

Gerd Gigerenzer has a different take on the pros and cons of AI. Gigerenzer is director emeritus at the Max Planck Institute for Human Development and author of, most recently, How to Stay Smart in a Smart World: Why Human Intelligence Still Beats Algorithms. He says that fears of a singularity are distractions from the real threats of our technology. The AI that most threatens us is not some Hal-like sentient computer but the AI we already live with every day — the algorithms that determine what we read, what we buy and with whom we socialize.

But it's not actually the AI itself that's the problem, he points out. AI may never become powerful enough to take over the world, but it's already powerful enough to take over our minds — if we let it. The danger is from the people (or corporations) behind that AI. By trading our privacy and autonomy for "free" services — such as social media, email accounts and seemingly omniscient search engines — not only do we hand over enormous amounts of personal data, but we make ourselves vulnerable to manipulation by those who want to influence our thinking for purposes from the commercial to the political.

More About The Impacts Of Social Media:

That doesn't mean we shouldn't make use of the many advantages of AI. Gigerenzer points out that he could not work without the internet. But we need to make sure we, not the AI, stay in charge. To make this work, people must want to be smart, not just entertained. The fewer people understand the technology they use, the easier they are to manipulate — and those who wish to manipulate us know this.

Gigerenzer isn't recommending that we all rush back to school to get a Ph.D. in machine learning. Instead, we need to learn some basics: Learn to find out who is behind any website you visit. Practice lateral reading; that is before you click on any links on a site, exit that site and search other sources to determine its credibility. Hone your practical reasoning skills so that you're better equipped to evaluate the arguments and claims made on the sites you visit. Develop the habit of making your own choices, rather than clicking on whatever link or buying whatever product an algorithm suggests to you. "We need," says Gigerenzer, "not smarter technology, but smarter people who behave like citizens in a democracy, taking the pains to inform themselves and having the courage to form their own opinions."

If Gigerenzer is right, the fault with AI is not in our systems but in ourselves. If we're going to make the most of its advantages and avoid its disadvantages, we must take charge, not so much of the technology, but of our use of it.

More From Discover
Technology
How Hackers Take Down Websites
Lifestyle
8 of the Best Black Friday Electronic Deals
The Sciences
Serial Killers Have Rapidly Declined Since The 1980s
Technology
Some Researchers Debate if we are Living in a Computer Simulation
Mind
Mental Health Problems Increase In Millennials and Gen Z, New Study Reports
Environment
Can the Blockchain Give This Island Nation Threatened by Climate Change a Digital Future?
Recommendations From Our Store
My Science ShopDiscover STEM Kits
My Science ShopDiscover 2022 Calendar
My Science ShopStrange Science
My Science ShopElements Flashcards
Shop Now
Stay Curious
Join
Our List