Which Ancient City Is Considered the Oldest in the World?

Archaeologists still debate which city came first — let alone how to define one in the first place. But a few settlements offer illuminating views of early urban life. 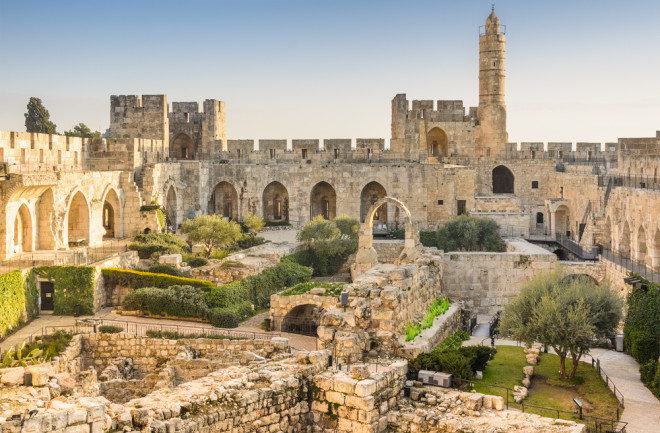 Urban life began some 6,000 years ago. In certain places, thousands of people crammed together to form Earth's first cities, while the rest of humanity continued living in dispersed villages, homesteads or nomadic camps. Today, about 4 billion people — more than half the world’s population — reside in urban settings. In just six millennia, city living has swept the globe.

But which ancient city rose first?

The answer to that may never be settled. One disagreement, which has long ruffled archaeologists, stems from the contested definition of city. Scholars debate what distinguishes a true city from a lower-tier town.

Some researchers base the distinction on population size and density. Others look for urban amenities like public buildings, temples, fortification walls, neighborhoods and infrastructure. In any case, it remains unclear where to set the bar in terms of the number of inhabitants, size of walls, intricacy of aqueducts or other specs necessary for city status. Most scholars use a sliding scale, which varies by region and across time.

For example, archaeologists working in Mexico might classify the Zapotec capital of Monte Albán as a city, when it exceeded more than 5,000 residents by 300 B.C. But that size wouldn't cut it five centuries later, in 200 A.D., when the great Teotihuacan likely harbored 100,000 people.

Perhaps more important than the city itself is its relationship with surrounding lands. Many archaeologists say cities, by definition, rely on hinterlands for food, water and raw materials. A city stands out as the largest settlement and civic center in a landscape of smaller, socially-tied villages, homes and farms. People from the greater region would identify with the big city, like how today's Wellesley, Massachusetts residents might say they're from "outside Boston." The city designation depends, then, on a site's prominence relative to other settlements nearby.

At the very least, most archaeologists would classify a site as a city if it functioned as a regional hub. That means it contained major public attractions, like amphitheaters, monuments and markets, and housed a substantial portion of the regional population — usually 5,000 residents or more before 1 A.D.

Even when scholars agree about criteria for cityhood, complications arise when trying to date the appearance of cities based on archaeological ruins. Most ancient cites grew gradually from humbler towns, founded ages earlier. This drawn-out period of urbanization often overlaps for numerous sites in a given region — making it tough to say which early city deserves the title of world's first.

Rather than bickering over the first city, it's more interesting and productive for researchers to investigate these periods of urbanization. Why did ancient people abandon their rural or nomadic ways to pack into those newfangled, densely packed cities?

The process unfolded in different regions at different times. Cities began popping up in the Indus Valley of present-day Pakistan and India about 4,000 years ago; China about 3,000 years back; and Central America in the centuries shouldering 1 B.C. and 1 A.D.

But the earliest region for urbanization was the Middle East, with ancient Mesopotamia. About 10,000 years ago, soon after farming began there, the site of Jericho in present-day West Bank featured massive stone walls, enclosing a settlement of an estimated 2,000 to 3,000 residents. By 9,000 years ago, Çatalhöyük, located in present-day Turkey, likely held several thousand people in houses made of mud brick and plaster. With no ground-level streets between, people moved about on rooftops and entered homes via ladders through holes in the ceilings. Although these settlements were exceptionally large for their time, they apparently lacked other city traits, so most archaeologists classify them as towns.

In Mesopotamia, the first true cities seem to have appeared a couple millennia later, between 5,500 and 3,800 B.C., during the Bronze Age. Between the Tigris and Euphrates Rivers in present-day Iraq, the site of Uruk emerged as the political, cultural and religious center for its 40,000-some residents as well as people in the surrounding lands. Tell Brak to the north in Syria likely rose to equal prominence around the same time. It featured secular and religious monuments, industrial workshops and prestige goods, imported from the greater region.

Today, both of these vanguard cities lay in ruins — great, dusty mounds, which archaeologists continue to excavate and investigate. During the Bronze Age, other Mesopotamian cities appeared soon after Uruk and Tell Brak, including some continuously occupied to this day like Damascus and Jerusalem. Which raises another question: Should the title of 'oldest city' go to the first ever urban spots, or the ones that have lasted the longest?