Where is the Lost City of Atlantis — and Does it Even Exist?

We're sorry to report there is no found Atlantis! Though fictional, it hasn’t stopped people's quest for thousands of years. 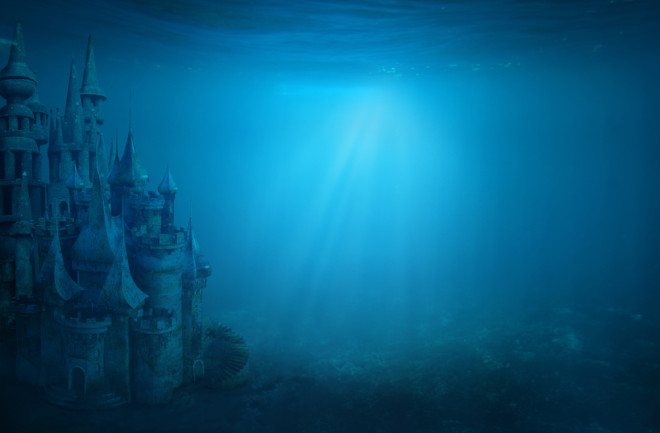 Atlantis, is that you? (Credit: funstarts33/Shutterstock)

This article was originally published on July 21, 2020.

Atlantis: the legendary island that sank beneath the waves in the distant past, taking down with it an advanced civilization. Is it possible that we will ever find it? Or, more importantly: Did it even exist?

The short answer to both: No. All available evidence indicates that the philosopher Plato, sometime around 360 B.C., invented the island nation in order to illustrate a point about the dangers of aggressive imperialism. In Plato’s telling, Atlantis was no utopia. Rather, it was a foil for an idealized version of Athens from long before Plato’s time. This ancient Athens “was very similar to Plato’s notion of the ideal state,” says Jyl Gentzler, a professor of philosophy at Amherst College. Plato laid out the details for what such a state would look like in his famous work, The Republic.

According to Gentzler, it should be small and virtuous, and reject ostentation. The residents of Atlantis, on the other hand, were eventually “filled with an unjust lust for possessions and power,” according to Plato’s character who described the island.

The Story of Atlantis

The quest for the lost Atlantis has fascinated people for thousands of years. So much so that provide it was a real island, one is left to ponder, where was the lost city of Atlantis supposed to be?

In Plato’s texts, Atlantis was “larger than Libya and Asia combined,” (which, in Plato’s time, would have referred to modern-day northern Africa and over half of Turkey). It was situated in the Atlantic Ocean, somewhere outward from the Strait of Gibraltar. It’s a landmass large enough that, if it really existed somewhere underwater in the Atlantic, it would certainly appear on sonar maps of the ocean floor.

So how did Atlantis come to represent a lost utopic civilization? For that, you can mostly blame (or thank) Ignatius Donnelly. In 1882, the former U.S. Congressman published Atlantis: The Antediluvian World. The book laid out 13 hypotheses, centered on the idea that Atlantis had truly existed, and indeed represented a place “where early mankind dwelt for ages in peace and happiness.”

According to Donnelly, Atlantis was the original source of many ancient civilizations around the world. If one followed the clues in Plato’s writing, Donnelly believed, mankind could have found Atlantis. “It would be hard to overstate the impact that this introductory chapter to Donnelly’s book had on future Atlantology,” wrote Mark Adams in his 2015 book, Meet Me in Atlantis: Across Three Continents in Search of the Legendary Sunken City. “It gave this sort of template that people could start to follow in decades to come,” he says.

Donnelly was inspired, says Adams, by a remarkable discovery in the early 1870s. An amateur archaeologist had used Homer’s The Iliad to purportedly unearth the legendary city of Troy. If Troy, long thought to be fictional, was real, why shouldn’t Atlantis be, too?

The Lost City of Atlantis-seekers

In the years after Columbus brought news of the New World back to Europe, many claimed that America was the fabled Atlantis. But the search really gained steam in the 20th and 21st centuries.

Some searchers have pointed to a volcanic eruption that destroyed parts of the island of Santorini around 1600 B.C., wiping out Minoan settlements. And in 2018, a team announced, to much fanfare, that they had found “concrete proof that Atlantis existed.” Key evidence included a series of circles in a national park in Spain. They turned out to be experimental ponds created in 2004 and 2005 for a study involving zooplankton.

Read more: Stop Searching For Atlantis And Find These 4 Ancient Underwater Cities Instead

Kenneth Feder, an emeritus professor of anthropology at Central Connecticut State University, has dealt with claims of Atlantis for much of his professional career. And while there’s no evidence that the lost city of Atlantis as described by Plato actually existed, says Feder, people who get hooked by that story can sometimes be drawn into real archaeology.

“As a discipline, we don’t do enough proactive work,” Feder says. Archaeologists really do know a lot about other oft-mythologized locations like Stonehenge, the Egyptian pyramids or cities built by the Aztecs, he says. “But if what we’re stuck with is people seeing documentaries about Atlantis or ancient aliens, and that’s what gets them curious, then ... we need to be able to run with that.”