Our Ancestor Homo Erectus Is 200,000 Years Older Than Previously Thought

A fossil that sat exposed at a cave site for eight years upends human family tree. 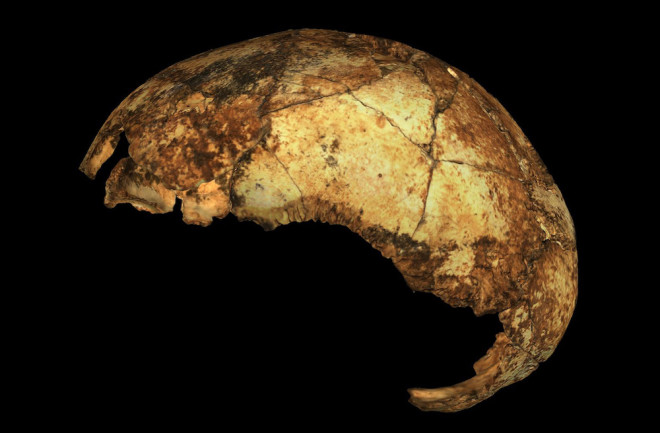 This fragment of a Homo erectus cranium was almost overlooked by researchers. (Credit: Andy Herries, Jesse Martin and Renaud Joannes-Boyau)

This article appeared in Discover’s annual state of science issue as “Nope, This Skull Was No Baboon” Support our science journalism by becoming a subscriber.

For eight years, a crunched cranium protruded from an excavation pit in South Africa’s Drimolen Cave. Archaeologists ignored the fossil, assuming it to be a baboon, until they swept up pieces that had crumbled free in 2015. Early on, the remains looked more human than monkey.

Jesse Martin and Angeline Leece, researchers at Australia’s La Trobe University, jigsaw-puzzled together more than 150 bone bits, each no bigger than a quarter. Some were so fine that light shone through. Analysis confirmed the fossil wasn’t baboon. Then, in 2018, another skull surfaced at the Drimolen site, and chronometric dating placed both craniums around 2 million years old. The researchers published their big news in Science this April: Based on skull shape, the second cranium belonged to Paranthropus robustus, a Lucy-like relative with jumbo molars. The first came from Homo erectus — a species thought to have originated 200,000 years later in East Africa.

According to textbooks, “we’ve got the wrong fossil in the wrong place at the wrong time,” says Martin, a study co-author. He says the story needs to be updated.

A contemporaneous site 6 miles away yielded another cousin, Australopithecus sediba, in 2010 — meaning at least three lineages of the human family tree occupied South Africa about 2 million years ago.

Also in April, a Nature paper announced another set of relatives potentially crossed paths. Researchers from Griffith University in Australia redated a fossil discovered in 1921 in Zambia. Originally thought to be about 500,000 years old, the skull may belong to the species Homo heidelbergensis, ancestors with brains a half-cup smaller than today’s average. But the revised age shows this creature lived as recently as 300,000 years ago, suggesting H. heidelbergensis coexisted with our own species.

Both studies leave researchers wondering about close encounters between distinct human relatives: Did the evolutionary cousins clash or coexist?

Why the Pygmy Mammoth Stood at Just 5 Feet Tall