As climate change affects bean cultivation, a wild species from the past may be grounds for hope. 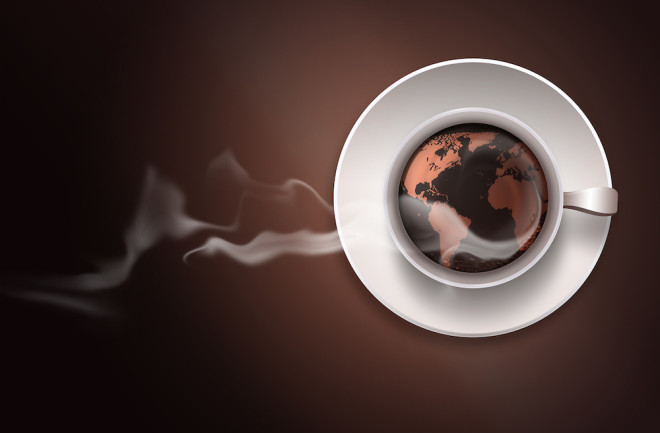 Decades after it faded into obscurity, coffee researchers rediscovered stenophylla in the West African country of Sierra Leone (Credit: Zffoto/Shutterstock).

This story was originally published in our Nov/Dec 2022 issue as "Delivering a Jolt to Coffee’s Future." Click here to subscribe to read more stories like this one.

On a small hill near a busy highway in Sierra Leone, Jeremy Haggar found what might be the future of coffee. Haggar, a coffee researcher at the University of Greenwich in the U.K., was looking at a single small green tree, about waist high, hidden amidst the undergrowth in the West African country.

If the stories were true, the humble plant represented an almost unbelievably fortuitous collection of attributes. Known by scientists as coffea stenophylla, the plant was once cultivated for commercial production, but had disappeared for the better part of the last century. It was said to tolerate temperatures higher than other commercial species, resist droughts and fungal infections, and, amazingly, taste better than almost any coffee on the market today.

Haggar was in Sierra Leone following up on years of scientific detective work aimed at rediscovering stenophylla. He and others had chased leads across the country in search of the fabled coffee species, turning up dead ends and false hopes.

As they grew more frustrated, the stakes of their search only grew higher. Climate change is driving temperatures steadily upwards in the places where coffee grows best, and in recent years, forecasts for the beloved bean’s future have grown increasingly dire. Some South American and Latin American countries could see between a quarter and a third of their coffee producing regions become unsuitable for growing by 2050. By century’s end, Ethiopia, renowned for producing some of the world’s best coffee, might lose more than half of its growing capability.

With its tolerance for heat and drought, stenophylla could be the solution coffee growers desperately need. After some further exploration, Haggar and his team managed to pluck enough beans from stenophylla plants in Sierra Leone to send a small sample back to Europe for testing. There, they would be roasted, ground and brewed into the first cup of stenophylla coffee in more than half a century. And they’d be ready to face perhaps the most daunting challenge of all: the palates of coffee snobs.

Stenophylla was once cultivated in several countries in West Africa, before arabica and robusta dominated the coffee world (Credit: E. Couturon, IRD).

There are 130 known species of coffee in the world today, with various varieties native to Africa, Asia, Oceania and Indonesia. Davis has found and cataloged a significant proportion of those — 30, by his reckoning.

Some of those varieties may not be around for much longer. In a recent paper published in the journal Science Advances, Davis and his co-authors estimate that as many as 60 percent of current wild coffee species are already threatened with extinction. That’s bad news for commercial coffee. Yet there’s reason for optimism: Tucked within wild species’ DNA could be valuable genetic traits for surviving harsher conditions, fending off pathogens and more.

“These wild species are key to the sustainability of the sector long-term, and particularly under climate change,” Davis says.

Today, we regularly drink just two species of coffee: arabica and robusta. Arabica, which comprises nearly 60 percent of worldwide production, is the fancy one. Roasteries describe premium arabicas with the poetic gusto of wine enthusiasts, promising decadent aromas, complex acidities and hints of fruit, chocolate and other notes. Robusta, on the other hand, is the blue-collar variety you’ll find in tubs of ground coffee at the supermarket. Though it can’t compete on flavor, robusta will grow in the hotter, drier conditions that make arabica wilt.

Arabica grows only in cool temperatures found at high elevations, typically 3,000 or 4,000 feet or more. But as the world gets hotter, warming temperatures are forcing arabica farmers to adapt.

If they don’t find a wild species or hybrid better suited to heat and drought, the world’s supply of quality coffee could shrink dramatically. That might lead to a future where, “if there was coffee, it wouldn’t taste great,” says James Hoffmann, author of The World Atlas of Coffee. “And what would taste good would be especially small in production.”

Prior to the early 20th century, when coffee-leaf-rust infections swept through plantations and ended the commercial prospects of many coffee varieties, a number of now-rare species made their way to European roasteries. Coffee had been a popular beverage on the continent for hundreds of years by then, but there was always a demand for more — something the droves of African farmers and plantation owners were happy to supply. Stenophylla was among them, and early accounts of the variety often praised its flavor.

Sometimes referred to as “Highland coffee of Sierra Leone,” stenophylla was once cultivated in a number of other countries in West Africa, including Guinea, Senegal, Ivory Coast and Ghana, as well as Uganda in the east. But by the time Haggar and Davis arrived in Sierra Leone, stenophylla had largely vanished from memory, replaced by fungus resistant robusta.

Until they found stenophylla growing in the forest in central Sierra Leone, the researchers weren’t even sure if the species existed in the wild anymore. With so many coffee species facing an uncertain future, stenophylla could easily have died out unnoticed. But now the beans were on their way to the U.K.

The small sample arrived at Union Hand-Roasted Coffee, a specialty coffee company near East London’s Canary Wharf district. Co-founder Jeremy Torz had worked with Aaron Davis before, typically when the researcher found strange new coffee species on his expeditions and wanted to test them out.

Torz’s expectations were low. “There are many, many coffee species out there, but very few of them actually taste any good,” he says.

Further, the beans had been plucked from a wild coffee plant growing in the middle of the forest and roasted with what was essentially an educated guess as to the right conditions — far from the ingredients to an ideal cup of coffee.

Still, when he gave the freshly roasted and ground sample a sniff, he was pleasantly surprised. And when they brewed it — just two 4-ounce cups, as there were so few grounds — Torz was even more excited.

“It’s very rare that you would find in a first collected sample the clarity this sample showed,” Torz says. “It’s hugely promising.” He detected notes of blood orange, peach and milk chocolate, and an interesting balance of acidity that lent the coffee a rare juiciness, he says.

Hoffmann was lucky enough to get a taste of stenophylla as well, courtesy of Davis. He tried the coffee in a video for his YouTube channel and came away cautiously optimistic. The stenophylla he tried was “interesting and complex and floral and fruity,” Hoffmann says. And it lacked the woody or rubbery overtones of lesser coffees he’d been expecting.

After their initial investigation in Sierra Leone, Davis and Haggar became aware of stenophylla plants being grown in a biological collection at a French research station on Réunion, an island in the Indian Ocean. Along with researchers from the French Agricultural Research Centre for International Development (CIRAD), and the French National Research Institute for Sustainable Development (IRD), they were able to arrange a tasting using beans from those plants for representatives from a few major coffee companies.

In a blind taste test with samples of arabica and robusta as controls, the stenophylla easily held its own. Most thought the new species tasted even the arabicas sampled, Davis says. It was an early, hopeful sign for stenophylla’s future.

But equally important were the statistics on how stenophylla performed in the heat. Preliminary data suggest the species can grow in conditions that are about 11 degrees Fahrenheit hotter than arabica — even better than robusta. Historical anecdotes suggest stenophylla also might be relatively drought-tolerant, and resistant to coffee leaf rust, Davis says. If so, the combination of factors would put the species on par with robusta when it came to hardiness.

Stenophylla’s yields are fairly low, and researchers and growers still need to better understand the optimal conditions for growing and harvesting stenophylla beans. But these are manageable problems for coffee growers.

For now, Davis, Haggar and others are focused on gathering additional wild stenophylla plants to expand the genetic diversity available to growers, and beginning to cultivate the species.

At a nursery in Ivory Coast, their French colleagues are waiting on the very first harvest of stenophylla beans. That will give researchers a larger sample to run tests on, all the better to understand things like stenophylla’s caffeine content, says Romain Guyot, a scientist with IRD.

Unfortunately, you won’t be ordering a stenophylla at your local coffee shop any time soon: It takes three or four years just for coffee plants to reach maturity, and there’s lots of work to do even before commercial growers start planting stenophylla trees on their farms. Sources estimate it will be at least another decade before stenophylla reaches international markets.

Still, the rediscovery may have come just in time. The forests where wild coffee species grow around the world are under threats ranging from logging to cutting and burning for agricultural expansion. Had Haggar been a few years late in his search for stenophylla, he may not have been so lucky.

“The place where we found the first plant, I’d be surprised if that patch of forest is still there in five years’ time,” he says.

Is 'Expired' Milk Safe to Drink? Here's How to Know When to Throw Away Food