Will the cost of food rise in the coming seasons? 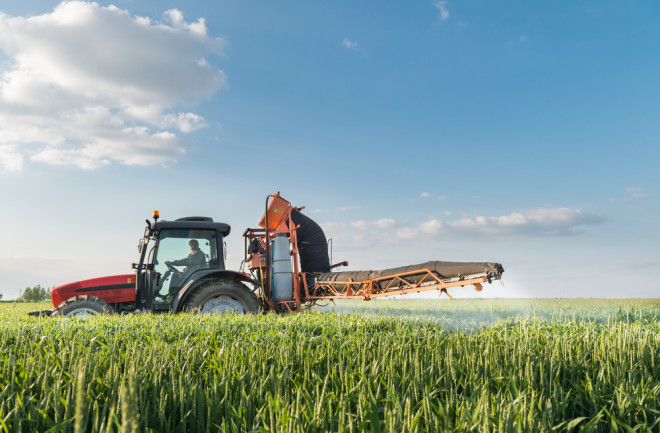 Across the American Midwest, industrial farmers are fixing their planters, fine-tuning their seed selections and stocking up on fertilizer. It’s finally spring, and the planting season is drawing near.

“We’re about a month away from tractors rolling in fields,” Purdue University professor of weed science Bill Johnson says.

But one important ingredient to a successful yield is missing from many farmers’ stores this year. Two of the most ubiquitous herbicides, glyphosate and glufosinate, are in short supply.

In May 2021, pandemic-related supply chain issues caused a shortage of these chemicals, which in turn caused prices to spike. While supply chain issues were not confined to the agriculture sector, a series of compounding events continued to exacerbate the herbicide shortage over the past year. In late August, Hurricane Ida pummeled Louisiana with wind and rain. Operations at the largest U.S. glyphosate manufacturing site, a Bayer Crop Science factory in Luling, La., ground to a halt for more than a month. Then, in February, Bayer announced that a supplier of a key ingredient for glyphosate production had experienced a “mechanical failure.” Although the company has assured stakeholders that production is back on track, the market is still struggling to meet the demands of American farmers.

“A year ago, we were probably paying $15 to $20 a gallon and now we’re paying $60 to $80 a gallon,” Johnson, who buys glyphosate for his research program at Perdue, says. “We think that this is going to persist through the calendar year at the very least.”

While the name glyphosate may not mean anything to most Americans, the compound is more famous as “Roundup,” a name given to it by the chemical’s original patent-holder and manufacturer — The Monsanto Company. When Bayer bought Monsanto in 2018, it inherited a litany of lawsuits. For years, Monsanto had been criticized for deliberately overlooking public health concerns and engaging in predatory legal action against small farms.

In addition to the potential human consequences of glyphosate use, researchers have proposed that the compound may harm soil health by killing off useful bacteria. But agronomists like Johnson argue that, at least in this realm, the compound has done more good than harm. Because the herbicide kills a wide spectrum of unwanted weeds, it eliminates the need for intensive tilling in many industrial farm fields.

“Glyphosate greatly facilitated our ability to grow crops with no-till practices,” Johnson says. “We use a lot less fuel, experience a lot less erosion and don’t have sediment and fertilizer running off the fields into water sources.”

At best, the use of glyphosate in industrial farming is controversial, but nonetheless, it plays a central role in American industrial agriculture. The chemical is widely used to grow many staple American crops including soybean, corn, cotton and canola. It is not easily replaced.

“The thing is, alternative herbicides don’t work all that well,” Johnson says. “If farmers aren’t able to make a second run across the field, it’s going to reduce crop yields.”

While the price of agricultural commodities like cereal grains are already rising due in part to a dearth of exports from Russia and Ukraine, the herbicide shortage may exaggerate this trend in the coming seasons. Johnson fears that the scarcity of herbicides will have a ripple effect within the American food system.

“Whether you’re eating a crop directly, like a potato chip, or eating meat that was fed a crop that relies on these chemicals, a shorter supply means higher prices.”

Meet the Firefighting Goats of Dublin

More From Discover
The Sciences
Ancient Empires Used Bioweapons to Strike Terror More Than 3,000 Years Ago
Mind
What Happens When Scientists Put a Human Intelligence Gene Into a Monkey?
Planet Earth
Genetically Modified Mosquitoes May Protect The World From Disease
The Sciences
Labs Are Assembling Synthetic Genes, and It's Cheaper Than Ever
Technology
The People Making Organ Transplants More Efficient
Planet Earth
Are Woolly Mammoths a Solution to the Hairy Problem of Climate Change?
Recommendations From Our Store
My Science ShopDiscover STEM Kits
My Science ShopDiscover 2022 Calendar
My Science ShopStrange Science
My Science ShopElements Flashcards
Shop Now
Stay Curious
Join
Our List