Modified mosquitoes could breed themselves out of existence, eliminating dengue, Zika and yellow fever. 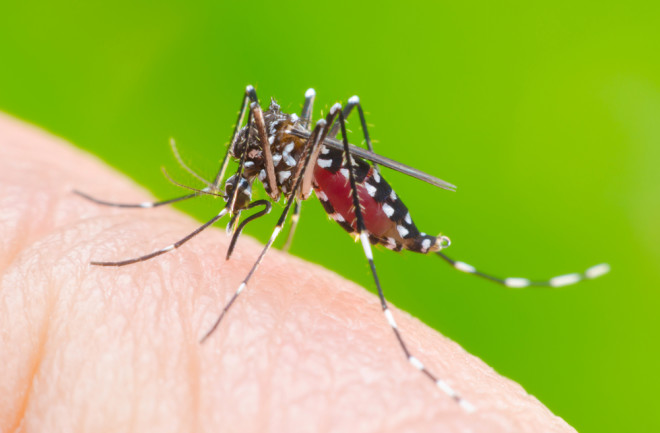 Forget lions, hippos or venomous spiders. Aedes aegypti mosquitoes may be among the deadliest wildlife in the world. Their bite is relatively harmless in normal circumstances. But many of these mosquitoes carry diseases they transmit from the blood of one host to another, including Zika, chikungunya, dengue and yellow fever. Like the related tiger mosquito that also carries these diseases, the Ae. aegypti are distinguished by black and white stripes along their legs.

These mosquitoes thrive in urban areas, which makes the spread of the diseases they carry particularly insidious. They typically breed in small volumes of water, like in discarded tires and flower pots. But a new genetically engineered technology can get the mosquitoes to breed themselves out of existence.

“We want to have a tool that’s going to have a real impact on disease transmission, and we want it to be accessible,” says Nathan Rose, head of regulatory affairs at Oxitec. “Our real focus has been on finding environmentally friendly ways of controlling pests.”

The technology works like this. Oxitec, a U.S.-owned and U.K-based biotechnology company, has modified the genes of male mosquitoes so that their female offspring die while males survive. The second generation of these males will also carry this gene so that when they mate, they will also give birth to no females. Eventually, the genetically modified DNA spreads through an Ae. aegypti population, decimating its numbers.

Since mosquito males feed off fruit rather than blood, they aren’t a vector for these diseases, so releasing a number of males is relatively harmless to human populations. To track the effectiveness of their treatment, Oxitec altered genes in the mosquitoes to make them biofluorescent when shined upon with a certain light. Over time, they can see how far the genetically modified mosquitoes have spread.

The strategy has proved effective. “In Brazil where we’ve done this, we’ve seen that we can suppress the local mosquito population by more than 95 percent,” Rose says. But it doesn’t work overnight — it takes several generations for the gene to spread through a population.

Oxitec is working on a couple of different strategies to unroll their new genetically modified mosquitoes. One of these involves working with local and national governments, or large property owners on wide-scale strategies to eradicate Ae. aegypti mosquito populations. This could include large hotels, golf courses, municipalities and federal agencies.

Another strategy involves selling kits in stores to anyone who wants to try to control the area around their home. These boxes are about the size of a soccer ball, and contain dried mosquito eggs. The kit just needs water, and the eggs will hatch and release genetically modified males that begin to breed with females after passing through a larval stage.

The company is going through the approval process to sell these boxes in the U.S., but they are already available in Brazil, where diseases like the Zika virus and dengue fever are widespread problems.

Oxitec is currently in the midst of a pilot project in southern Florida in collaboration with the Florida Keys Mosquito Control District, and will soon submit another research request for a pilot project in Tulare County, Calif. Operations are further along in Brazil, where larger-scale projects are underway.

Eventually, the treatment could result in the death of an entire population of Ae. aegypti mosquitoes in a given area, but those areas may still need monitoring in the future, in case untreated mosquitoes encroach into the treated region.

Rose says that local governments might strategize the release of mosquitoes, creating buffer zones where they have been more or less eradicated.

No matter how maligned mosquitoes are, both for their annoying bites and for their potential to spread disease, these insects play a vital role in the ecosystems where they are found. Their larvae are food sources for all kinds of aquatic life like frogs, fish and other insects. Once in flight, mosquitoes also provide food for birds, bats and reptiles, among other creatures.

But the Ae. aegypti is only native to parts of Africa and is an invasive species in most other regions where it is currently found. It only arrived in the Americas within the past few hundred years or so, possibly with the help of the slave trade. Because of this, Ae. aegypti competes with native species of mosquitoes, so removing it is beneficial for the ecosystem.

Many traditional strategies for mosquito control usually rely on chemical pesticides. But mosquitoes, and especially Ae. aegypti can develop resistance to pesticides over time. Furthermore, chemical treatments aren’t species-specific. In the process of killing mosquitoes, pesticides may also cause harm to beneficial pollinators and other creatures higher up on the food chain.

“If you’re suppressing this particular mosquito and leaving the others as is by not spraying them, that’s actually a win for the environment,” Rose says. In Florida alone, for example, Ae. aegypti represents about four percent of the total mosquito population.

Since this technology relies on genetically modifying the genes of mosquitoes, it’s difficult for them to develop resistance to the changes. While genetic mutations could occur that may lessen the impact of one genetic modification, Rose says that Oxitec’s technology focuses on a number of different genetic pathways, making it more difficult for the species to adapt a defense.

“We’ve released over one billion of our mosquitoes, mostly in Brazil but also in the U.S., and we’ve never seen any resistance develop to this,” Rose says.

While research has shown high levels of Ae. aegypti reduction in some areas, Rose says that it’s important that people continue to take other measures to protect from mosquitoes, such as eliminating sources of standing water in and around their homes.

What Happens When Scientists Put a Human Intelligence Gene Into a Monkey?