Ancient Humans Had Pets, Too

Newly analyzed remains from a 2,000-year-old Egyptian pet cemetery suggests that humans have long cared for their furry companions. 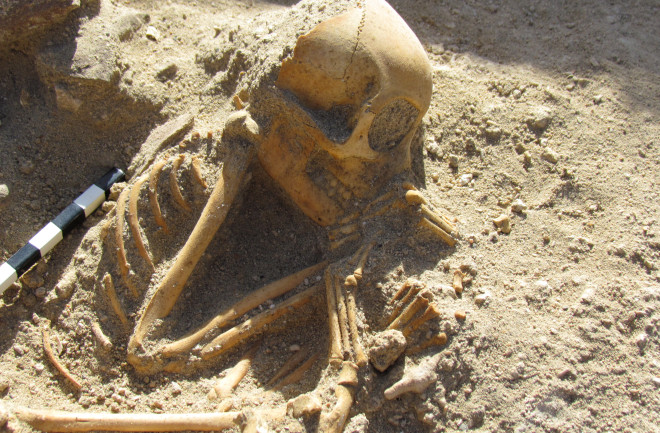 In 2011, archaeologists digging in a second-century A.D. trash dump near an ancient Red Sea port found the remains of a cancer-ridden hound dog wrapped in a palm leaf mat. The team unearthed 585 cat, dog, monkey and fox skeletons across the roughly 1,000-square-foot area over the next decade. The animals often wore collars and were covered with textiles or pottery pieces. Nearly 2,000 years ago, residents of Berenice, a Roman-ruled trading post in Egypt, created perhaps the world’s oldest pet cemetery.

Archaeologists were shocked to learn of an ancient cemetery for precious pets, which contradicted earlier findings on past people’s highly practical use of animals. (Credit: Marta Osypińska)

These aren’t the first animal grave finds. At sites dated between 7,000 and 27,000 years old in Eurasia and North America, archaeologists have found burials of canines who likely accompanied hunter-gatherers. Ancient Egyptians mummified cats, crocodiles and other creatures to entomb with dead humans for spiritual purposes. Yet Berenice marks the earliest evidence for a necropolis of genuine pets, rather than animals reserved for food, work or rituals.

To make the case, University of Wrocław archaeologist Marta Osypńska and colleagues analyzed the animals’ ages, health and grave accoutrements in a February 2021 World Archaeology paper. Unlike mummies, the bones lacked signs of deliberate killing. Some lived long lives due to human care, despite disabilities like bone cancer and fractures. Remnants in their bellies indicate meals of fish and sheep loin. In addition to collars on a number of bodies, these clues suggest they were indeed pets, loved in life (and death) by doting caretakers.

Residents used the cemetery during the first and second century A.D., when Berenice admitted merchants from around the world. Some pets, like two Asian macaque monkeys, likely accompanied immigrants.

Even after decades working there, excavation director Steven Sidebotham, a University of Delaware historian, felt particularly simpatico with Berenice residents when he encountered the palm-wrapped hound. As a pet lover, Sidebotham says, “I can feel what the owner must have felt when this dog died. … The most human aspect of the site is not the humans, but the animals they lived with.”

This article has been updated to reflect Marta Osypńska's recent change in professional affiliation.

2021 in Brief » Baby dinosaurs in Alaska

Paleontologists found teeth and bones of babies from seven species of dinosaurs, including tyrannosaurs, in the Alaskan Arctic — evidence that dinos lived up there year-round, and may even have been warm-blooded.