From the former Lourve employee who nabbed the Mona Lisa to the thieves that pinched a pair of van Goghs, these heists include some of the most notorious stolen works in history. 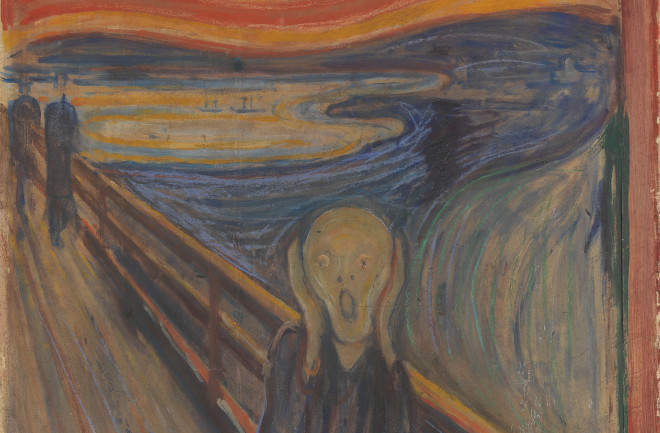 In The Night Watch (1642), Dutch artist Rembrandt van Rijn depicted a city’s security force as an unfocused crew who weren’t ready for action. Perhaps Rembrandt had a sense that one day, security guards at countless art museums would fail to stop thieves from stealing his work.

Along with Spanish artist Pablo Picasso’s work, Rembrandt’s art has been among the top stolen works in history. When it comes to robbing museums, some thieves have been sophisticated with quiet snatch-and-grabs. Others have been abrupt and violent.

In some instances, stolen pieces have been recovered, repaired and put back on display. Other times, the art remained missing for decades. Boston’s Isabella Stewart Gardner museum, for example, has yet to recover the 13 works (including three by Rembrandt) stolen in 1990 by two thieves dressed as police officers.

1. Pinching a Painting in Paris

Scene of the crime: The Louvre, Paris.

As a former employee, Vincenzo Peruggia knew the museum well. He had worked at The Louvre as a glazer and knew the backrooms the public never saw. On a Sunday night, he hid with two accomplices in a supply room designated for artists and students who frequented the museum to paint copies of famous art. They hid overnight and emerged the next morning when cleaning crews arrived.

The cleaning crews wore white jackets so Peruggia and his accomplices did the same. While the crews mopped and dusted, the thieves simply took the Mona Lisa off the gallery wall and walked away.

For the next two years, the masterpiece was kept in Peruggia’s apartment in Paris. He was caught in December 1913 when he tried to sell it to the director of the The Uffizi Galleries in Florence, Italy.

The prized painting was returned to Paris, and Peruggia received a reduced prison sentence of seven months after he told the court he was simply returning the masterpiece to its country of origin.

The Steal: Greek head from a herm (5th century)

Scene of the Crime: The Metropolitan Museum of Art, New York City

A week before Valentine’s Day, the security office at The Met received a call from the Greek and Roman galleries. A sculpture of a head was missing from its pedestal.

The head dated to the fifth-century, weighed twenty pounds and was worth about $150,000 (more than $600,000 in today’s money). The head had two notable features that museum officials hoped would ensure its return — an accession number that the museum etched when they acquired the piece in 1959 and a small heart above one of the eyes.

The head heist was the first in the museum’s 109-year history, and museum officials set up a hotline and asked for people to call in with tips. Within a few days, an unknown caller described seeing a young man staring at the head as if he were entranced.

On Valentine’s Day, the police received a tip that the head was in a locker at Grand Central Station. They pried open the locker and found the sculpture swathed in a dirty sheet. A second heart had been etched above the other eye.

The museum had both hearts gently removed and the head remains on display.

The Steal: View of the Sea at Scheveningen (Vincent van Gogh, 1882) and Congregation Leaving the Reformed Church in Nuenen (van Gogh, 1884-85)

Scene of the crime: The Van Gogh Museum in Amsterdam

The burglary was like something out of a movie. Two thieves used a ladder to get onto the museum roof. They broke a window, climbed into the museum and found the two van Goghs. They then used a rope to repel down the side of the building and take off with the paintings.

The following year, two people were convicted for the theft but the paintings were still missing. It wasn’t until 2016 when a crime ring bust helped recover the van Goghs in Naples, Italy.

Munch’s The Scream is one of the most recognizable paintings in the world, and would-be thieves could have easily bought a mug or a poster with its likeness. Instead, the famed painting has been the victim of multiple thefts.

In February 1994, thieves swiped the version on display at the National Gallery and left behind a smug note that read, “Thanks for the poor security.”  The painting was recovered later that year in a sting operation.

Ten years later, the version at the Munch Museum was stolen along with a copy of Madonna. This time, two masked thieves entered the museum pointing guns and shouting orders in Norwegian. While one thief held 70 visitors and two unarmed guards at gunpoint, the other ripped the paintings from the wall.

Onlookers cringed as the thieves ran toward a waiting car and dropped the paintings along the way. No surprise, there was damage to each painting when they were recovered two years later. Three people received prison sentences ranging from five to 9.5 years for their part in the heist. As for how the police tracked down the missing masterpieces, they’d rather not say.

More From Discover
The Sciences
A 2,000-Year-Old Shipwreck Reveals Ancient Trade Routes
The Sciences
5 of the Most Explosive Volcanic Eruptions
Planet Earth
Where is the Lost City of Atlantis — and Does it Even Exist?
Planet Earth
1,700-Year-Old Monkey Remains Give Insight to Ancient Cultures
Technology
What’s Dynamic Pricing? An Operations Management Scholar Explains
Mind
Can't Resist a Black Friday Deal? Here's Why
Recommendations From Our Store
My Science ShopDiscover STEM Kits
My Science ShopDiscover 2022 Calendar
My Science ShopStrange Science
My Science ShopElements Flashcards
Shop Now
Stay Curious
Join
Our List