Why Do We Get Our Best Ideas In The Shower?

Creativity sometimes requires taking a step back. Activities like showering or walking can help because they allow your brain to problem solve. 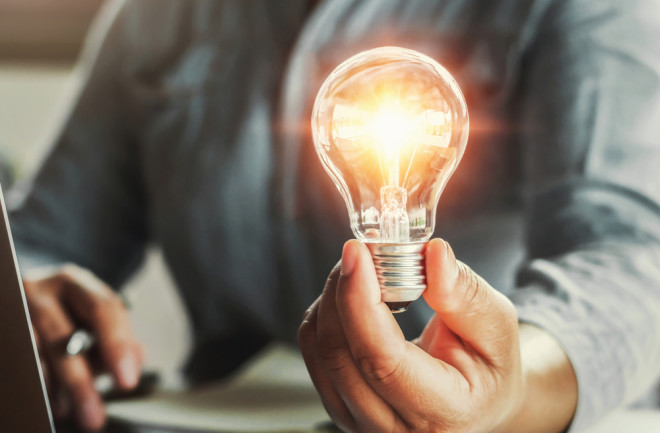 It happens to all of us. You’re struggling with a problem that feels unsolvable and then somewhere between shampoo and conditioner, you find the answer in the shower. Or, that perfect social media quip comes to mind.

For some reason, when we step away from an issue, and especially when we’re doing something mindless like showering, we can find a creative solution. Researchers at the University of Virginia call it “the shower effect” and contend that it’s a real phenomenon.

“Creative idea generation requires that one strikes a balance between focused, linear thinking – which limits originality – and unbounded, random associations – which are often irrelevant to our creative problems,” write the study authors.

Researchers found that mildly engaging tasks like showering or walking can produce the most creativity in the recent study published in the journal Psychology of Aesthetics, Creativity, and the Arts. The balance between focus and mind wandering seem to produce the best results. Things like showering and walking involve getting some stimulation from the environment you’re in, which according to researchers, may also help boost creativity.

“Constraining your thoughts through minor stimulation seems to promote more creativity compared to if your mind is wandering and there’s nothing going on around you,” says study author, Zachary C. Irving, an assistant professor at the University of Virginia's Corcoran Department of Philosophy.

People in the study weren’t actually showering — (that’s a bit too scandalous for a research study). Instead, researchers tried to mimic the engagement level of a shower, or walking, through videos that required a certain level of engagement. Participants either saw a video that was considered boring — two men folding laundry — or a video of the famous deli scene in When Hairy Met Sally, which was considered mildly stimulating. After that, participants had 45 seconds before researchers asked them to list creative uses for a brick or a paperclip.

Researchers then tallied both the number of ideas generated and the originality of those ideas. They found that the participants who watched the mildly stimulating video came up with more creative solutions.

Stepping Away From the Problem

This research highlights the importance of having an incubation period or stepping away from a problem to solve it, says Alice Flaherty, a neurologist at Massachusetts General Hospital and an associate professor of both neurology and psychiatry at Harvard Medical School, who wasn’t involved in the study. She says her students could learn a thing or two from the research because time away from a task is what helps us focus afterwards.

“Some of my grad students are so dedicated that they won’t get up from their desks until they have a creative idea, which is counterproductive because they don’t ever let their brains step back and take a rest,” Flaherty says.

But Flaherty also contends that researchers need to control for physical arousal. “They say that when you’re out walking or showering it’s mildly engaging to the brain, but it might just be that it’s physically arousing,” she says. An activity increases your heart rate, which might make you think you have the best idea. Researchers were trying to find a reason to explain a phenomenon and while showering might promote creativity, she says, it might not be for the reasons they state.

But whatever the reason, both Irving and Flaherty agree that when you’re stumped and can’t seem to come up with a creative solution, stepping away to do something completely unrelated could get your juices flowing. And enjoying a hot shower or a walk in the park isn’t the worse way to solve the world’s most pressing problems.

“Not thinking about the things that we think are relevant and stepping outside of our assumptions about the world can be really helpful to creative problem solving,” Irving says.