Some experts say Sensory Processing Disorder does not exist, while others argue it deserves more recognition. 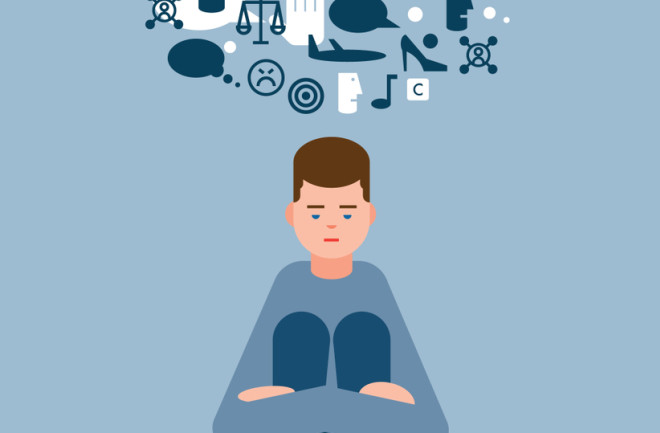 At an occupational therapy appointment in Chicago, a therapist wrapped colorful wrist and ankle weights on a four-year-old girl with pigtails. The patient had been diagnosed with Attention-Deficit/Hyperactivity Disorder (ADHD) as well as Sensory Processing Disorder (SPD). The weight bands helped her have a better sense of her body as she worked on coordination tasks.

SPD is an umbrella term used to describe a person’s difficulties in processing sensory information. For some people, SPD can mean they have a hard time sensing the size of a room or if other people are too close. For others with SPD, lights, sounds or touches can be painfully overwhelming. Some estimates suggest as many as 15 percent of the population has a form of SPD.

SPD is currently a controversial condition, and the American Psychiatric Association’s Diagnostic and Statistical Manual of Mental Disorders, Fifth Edition (DSM-5) does not recognize it. But some practitioners argue SPD exists and deserves formal recognition.

For people with SPD, their brains form an inappropriate response to sensory messages. Often, the person experiences a heightened response that makes an overhead light feel like a spotlight or a ringing telephone sound like a blaring horn.

There are three types of behaviors associated with SPD. A person with the first kind, sensory modulation disorder, struggles to respond appropriately to sensory messages. Many have a heightened response, although researchers have identified that some people experience the opposite and have a muted reaction.

The second type, sensory-based motor disorder, affects how a person moves or plans their movements. The patient with the pigtails, for example, had trouble gripping items with her hand, which meant she tired easily while writing or coloring.

Researchers began studying SPD in the 1960s, and considered it a theory as to how the brain processed sensory messages and then regulated behavior. Medical care practitioners continue to debate SPD, and the divide is disciplinary. On one side, occupational therapists say they see it in their patients. On the other side, some pediatricians say SPD is not a real disorder.

Different diagnostic manuals reflect the divide on SPD. Although SPD is included in major diagnostic manuals such as The Diagnostic Classification of Mental Health and Development Disorders of Infancy and Early Childhood, a leading pediatric group isn’t convinced.

In 2012, the American Academy of Pediatrics made a strong statement against SPD. In a policy statement in the journal Pediatrics, the group cautioned against SPD diagnoses that were not tied to other conditions such as ADHD or autism. They called SPD a theory and said research had yet to prove whether SPD resulted from a disorder of the neural pathways or if deficits were indicative of another condition.

The following year, the DSM-5 did not recognize SPD in its updated edition and said more peer-reviewed studies were needed. Since then, researchers have learned more about which conditions are commonly associated with SPD. They are also learning more about the brains of people with SPD and how they might function differently.

In 2013, a study published in NeuroImage: Clinical used diffusion tensor imaging (DTI), a type of magnetic resonance imaging (MRI) to look at the brains of 16 boys, ages eight to 11, who were diagnosed with SPD. They matched the boys’ images with boys without SPD, who were of the same age and IQ level.

A follow-up study in the journal Neurology compared white matter connectivity between boys with SPD, autism as well as a control group. The researchers found the boys with SPD and autism had similar abnormal connectivity in their sensory processing pathways, but only boys with autism showed abnormal connectivity in the pathways associated with social and emotional processing. The results supported assertions that it is possible to have SPD, but not autism, and experts shouldn’t automatically associate the two conditions.

Currently, as many as 90 percent of people with autism also have SPD, and it is present in as many as 60 percent of ADHD cases. Further brain imaging research might help scientists prove to leaders in the medical community that SPD is a distinct condition worthy of its own diagnostic criteria.