Without its iconic music, the shower scene of the movie ‘Psycho’ would likely create a very different experience for viewers. 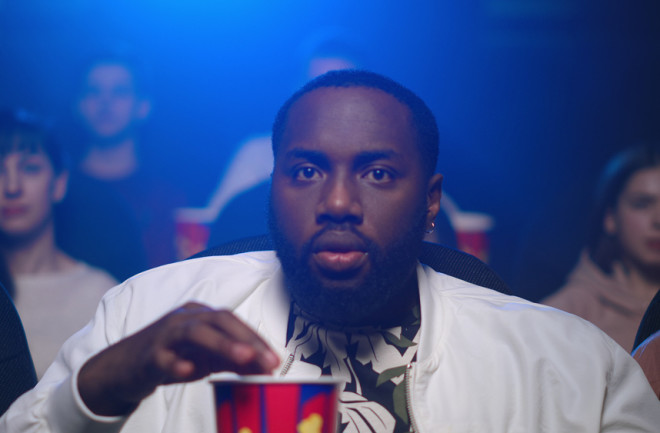 There are some classic films in which music is so integral to a scene, it would be hard to imagine the scene without it.

Initially Hitchcock thought the shower scene didn’t need music – but Herrmann composed music for it anyway, which Hitchcock ultimately used to great effect. The music from that scene, along with the rest of the film’s soundtrack, served as a template for horror movie music for years to come and is an example of the storytelling power of film music.

In my work as a music professor and researcher, I focus on creativity and listening-skill development in children. Having previously worked as an advertising music director, I’ve seen the effect music has on people’s perceptions and emotions.

Since the 1927 release of “The Jazz Singer,” the first commercial film with sound, music has been powerfully linked to the movie-watching experience.

Film and music have always gone hand in hand

Even back in the early days of silent films, most movie theaters hired a musician or a group of musicians to provide music, mostly to drown out the sound of the film projectors and people talking. These musicians often played existing pieces of Western European classical music by composers such as Tchaikovsky and Wagner, along with folk and popular music. It was common for the same film playing in different theaters across the country to have entirely different musical accompaniments.

Sound-on-film technology ushered in the unified soundtrack and eventually the practice of hiring composers to create original music for films. Like music written for an opera, film music serves to advance the story and the action. Just as an opera composer must follow the libretto, or text of the opera, a film composer needs to support the screenplay’s storyline. The music also needs to reflect the screenplay’s mood, which includes everything from the action on the screen to sound effects to dialogue.

The right piece of music can enhance and sometimes even change a viewer’s perception of what is taking place onscreen. Just try to imagine replacing John Williams’ “Jaws” theme during the first swimming casualty in the movie with a calm piece of music. In an instant, the mood would change from inherent fear to a tranquil swim in the ocean. As a music educator, I have made that music switch with middle school, high school and college students over the years, and it never fails to surprise them.

The power of music in film

Most of the time, music is used to underscore the action on screen, enhance the mood of a scene, foreshadow action that is about to take place or even convey the interior emotion of a character. While composers and filmmakers don’t usually want to overpower a film, in many instances the emotional power of the visuals would not be as great were it not for the music.

For example, one wouldn’t expect to find the classical composer Aaron Copland on the same film credits as the rap group Public Enemy, yet Spike Lee used this American master composer’s music quite successfully in his film “He Got Game.” Right from the start, Copland’s music sets the tone for a tense emotional film about basketball and the difficult and complex choices facing a young up-and-coming player from the projects.

The opening is a montage of slow-motion footage consisting of rural kids across America juxtaposed with urban youths. Copland’s “John Henry” plays, with its slow, expansive sound. This composition was inspired by the story of John Henry, an African American folk legend who worked as a steel driver building railroad tracks and whose strength and speed beat a steam-powered rock-drilling machine.

The song recreates the underlying sound of the motion of a train with a rhythmic pulse underneath the melody. Every so often you can hear a striking hammer, which is created by off-key strikes of percussion and strings or percussion and brass. The film sequence is edited so that the scenes of urban youths mainly happen during these clashing hammer strikes. By doing this, Lee is highlighting – through music – the differences and disparities between the experiences of the rural and urban students. The opening credits scored with this evocative piece of American music set up the viewer for the emotional story that follows.

In the film “Platoon,” an action movie about war, the film composer uses contrast to surprise the viewer. Rather than the music of a military band or something loud and fast paced, what you hear are the orchestral strings of Samuel Barber’s “Adagio for Strings.”

In this case, the tempo, or speed of the music, plays a large part in creating the desired effect. Measured in beats per minute, tempo can alter the feel and pace of what is taking place on screen. Composers designate a desired tempo using musical terminology that’s usually in Italian. In this case, “adagio” indicates a slow tempo usually around 66 to 76 beats per minute. The music is also in a minor key, which can convey sadness – another factor contributing to the emotional pull of this music in the scene. The result is a breathtaking commentary on the ravages of war.

The next time you’re watching a movie, or even a favorite TV show, pay attention to the way a scene makes you feel – and then listen for its music.

Gena R. Greher is a Professor of Music at the University of Massachusetts Lowell. his article is republished from The Conversation under a Creative Commons license. Read the original article.