Young people are facing a socialization crisis, dealing with isolation and an increase in anxiety. 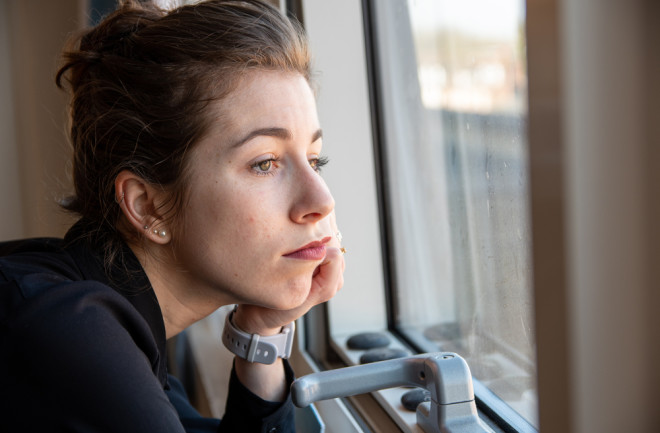 Though schools shut down when the pandemic began in March 2020, about a year later, half of students were still attending school online. Leading public health experts to worry the isolation would have a negative impact on young Americans’ mental health.

Studies are finding the stress and isolation of the pandemic did adversely affect young people’s well-being. But other research reveals this problem started long before Americans had to shelter in place.

The result is a generation of young people who are more anxious and less hopeful than the ones before. A new study calls the trend disturbing and blames a long-brewing socialization crisis.

A May 2022 report by the nonprofit group Sapien Labs looked at global trends in mental well-being among various age groups starting at age 18.

For the U.S., the researchers grimly called the differences “stark.” Young people (ages 18 to 25) have historically been the most optimistic and satisfied. This group now reports the poorest mental well-being and the differences are substantial.

The results come from the lab’s 84-question assessment that determines a person’s Mental Health Quotient (MHQ). The questions ask a person to rate their healthy behaviors such as ability to sleep well, demonstrate self-control, adapt and problem solve. The assessment also has a person rate their negative behaviors such as feelings of hopelessness, repetitive thoughts, mood swings and irritability.

Looking closely at MHQ scores of young people in the U.S., the study found the average 18 to 24-year-old scored in the low 20s, meaning they described themselves as enduring. In contrast, the average 65 to 74-year-old was succeeding around 115.

On a scale of one to nine with nine being the most severe, young people ranked their fear and anxiety above seven, along with unwanted/intrusive thoughts and a tendency to withdraw. A sense of hopelessness averaged just below seven.

These feelings of hopelessness can’t be dismissed as typical teen angst. Studies are finding it is unique to this generation, and the Sapien researchers argue it’s timed with the decline in socialization.

In the 1990s, depression declined among adolescents, with young people in the early 2000s reporting  better mental well-being than previous generations did at their age.

But by 2012, adolescents began describing feelings of loneliness and depression. One study found teen loneliness increased along with smartphone and internet use, and the authors concluded that although causation couldn’t be proven, they saw a relationship between the rise in screen time and the decline in adolescents’ well-being.

Many kids have reported going weeks without social interactions outside of school. In the 1990s, only about eight percent of high school seniors said they didn’t meet up with friends during a typical week. By 2015, the number had increased to 20 percent.

Kids in previous generations were more likely to go shopping with friends, see movies in a group or waste time together by driving aimlessly around town while listening to cassette tapes. In contrast, young people today were more likely to connect on social media and then go binge Netflix by themselves.

It’s a social change that occurred rapidly. In 2006, many people were still listening to their modems dial-up and connecting to servers. Half of high school seniors said they looked at social media each day. By 2016, most teens had high-speed internet or smartphones, and the average 12th grader spent six hours a day online.

Less socialization isn’t a problem unique to young people in the U.S., and neither are feelings of depression and hopelessness. Sapien’s global report found similar results among teens in every internet-enabled country included in their study. The trend, they concluded, is one of the “most alarming” finds in their study.

More From Discover
Technology
How Hackers Take Down Websites
Lifestyle
8 of the Best Black Friday Electronic Deals
The Sciences
Serial Killers Have Rapidly Declined Since The 1980s
Technology
The Pros and Cons of Artificial Intelligence
Technology
Some Researchers Debate if we are Living in a Computer Simulation
Environment
Can the Blockchain Give This Island Nation Threatened by Climate Change a Digital Future?
Recommendations From Our Store
My Science ShopDiscover STEM Kits
My Science ShopDiscover 2022 Calendar
My Science ShopStrange Science
My Science ShopElements Flashcards
Shop Now
Stay Curious
Join
Our List