How Your Brain’s “Fingerprints” Could Diagnose Disease 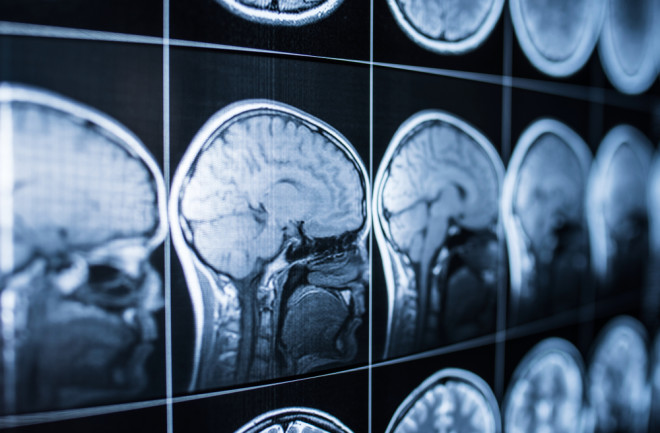 We often think of fingerprints as the tiny ridges, whorls and arched patterns on the tip of each finger. They are heralded as special markers of human identity, even more individualized than DNA. But new research suggests our brains have "fingerprints" that are equally unchanging and unique to each person.

“The same brain executing different tasks looks more similar than different brains doing the same task,” explains Zack Y. Shan, a senior research fellow and the head of Neuroimaging Platform at the University of the Sunshine Coast’s (USC) Thompson Institute. “In other words, we can identify an individual based on how their brain’s neural connections work together.”

With modern neuroimaging techniques, scientists can trace your brain’s distinct signature, an autograph composed of tens of thousands of electrical signals that communicate across the brain. The final product is a picture of brain activity that is detailed, distinct and difficult to alter. These characteristics — which make brain signatures akin to a thumbprint — are the same qualities that enable researchers to study the fingerprint for biological signs of mental health disorders.

Listening to the Brain’s Symphony

According to Shan, “The brain is a symphony orchestra.” Each region is its own musician, playing a unique instrument and simultaneously adapting to synchronize with nearby melodies. This synchronization leads to our thoughts and actions. “And no two symphonies sound exactly alike,” Shan adds.

A recent study published in Sleep maps the extent of this neurodiversity through electroencephalogram (EEG) snapshots, which depict the sleeping brain’s electrical activity as wavy lines. Led by Michael Prerau, a Harvard Medical School assistant professor of medicine at Brigham and Women’s Hospital, the researchers analyzed brainwave data of sleep spindles, one to two second bursts of neural activity associated with our ability to convert short-term memories into long-term memories.

To identify spindles, scientists have historically eyeballed EEG recordings to pinpoint moments of rapid oscillation. Prerau and his team instead crafted a new approach that automatically extracts thousands of brainwave events from an entire night of sleep EEG data. The result was a more complete picture that captured our brains’ fingerprint-like qualities — imprints with strong night-to-night consistency that were exclusive to each participant.

“No two fingerprints were the same, and there was this amazing heterogeneity in brain activity even among people we often demographically categorize together in experiments. Age, race, sex, all those groupings,” Prerau says. “It became clear that there’s no, ‘this is exactly how a healthy brain looks.’”

For Dara S. Manoach, a co-author of the Sleep study and professor of psychology in the department of psychiatry at Harvard Medical School, the sleeping brain is a “new frontier” for studying the treatment of memory problems in neurological disorders. She notes that deficits in sleep spindle activity have been linked to schizophrenia, epilepsy, Alzheimer’s disease and autism spectrum disorder, among a host of other mental health conditions. So, the researchers wondered, could their broadened approach to analyzing sleep spindles also unearth new biological indicators for mental disorders?

To answer that question, the team compared two nights of sleep recordings from healthy participants to those from people with schizophrenia, zooming in on the EEG recordings at understudied brainwave frequencies. Their analysis revealed new potential biomarkers of schizophrenia. “It’s a first step to better understanding how the disorder operates and developing targeted treatments,” Manoach says.

Brain fingerprints may offer insight that traditional therapeutic observation can’t. For example, a patient with schizophrenia could mimic the symptoms of a patient with major depressive disorder, both experiencing insomnia, extreme pessimism and an inability to feel pleasure. With only talk therapy, a clinician may not be able to disentangle these overlapping symptoms.

And even among patients with the same diagnosis, the efficacy of traditional treatments fluctuates. Two patients with depression can have entirely different reactions to the same medication, meaning pharmaceutical therapy is often trial-and-error — a long, painstaking process of selecting the best option from hundreds of potential prescriptions.

“That’s where neuroimaging comes into play. The fingerprints are windows into distinguishing between two patients who are phenotypically identical,” explains Dan Hermens, a professor of youth mental health and neurobiology at the Thompson Institute.

These additional insights are especially meaningful for young brains: Most mental disorders emerge in adolescence, with half materializing by age 14 and three quarters by age 25.

As part of the Longitudinal Adolescent Brain Study (LABS), Hermens and Shan have used brain fingerprints to track adolescent brain development over five years. The team uses magnetic resonance imaging (MRI) to create a map of the brain’s “functional connectome,” the neural network of highways that connect different brain regions in action.

Hermens, Shan, and their team were particularly interested in the highways responsible for goal-oriented behavior. They found that adolescents with less unique executive control networks were more likely to later report high levels of psychological distress. This is a proxy indicator of mental health conditions including anxiety, depression and obsessive-compulsive disorder. And by comparing multiple brain fingerprints captured four months apart from the same person, Shan and Hermens realized they could even predict an adolescent’s mental health outcomes.

To date, LABS’ data includes over 580 brain scans from 135 participants ranging from 12- to 17- years-old, comprising one of the world’s most comprehensive collections of youth brain imaging. The goal is to help mental health professionals track brain changes in real-time, so they are better equipped to preemptively tackle mental health issues.

“Our treatments for mental health disorders are often reactive. It goes, you’ve already been diagnosed, your health is already deteriorating, now what can we do?” says Hermens. “But if we can implement proactive measures, we can safeguard adolescent brains and hopefully intervene before mental health difficulties set themselves in stone.”

In the wake of increasing reports of mental health disorders and existential dread, there is therapeutic promise. A review published in The Lancet found that, throughout 2020, the COVID-19 pandemic contributed to more than a 25 percent increase in cases of major depressive disorders and anxiety disorders globally. Brain fingerprinting could offer a one potential way out of this dark chapter and provide new insights into the mental health crisis using best evidence-based practices to overcome it.

Alzheimer’s Might Not Be Primarily A Brain Disease. A New Theory suggests It’s An Autoimmune Condition.

More From Discover
Mind
What Happens When Scientists Put a Human Intelligence Gene Into a Monkey?
Mind
What is Anxiety and How Can Worries Overpower Us?
Health
What is Epilepsy and What Should We Know About it?
Planet Earth
We Share Smarts with Octopuses, and Now We Know Why
Planet Earth
Sperm Whales Have the Biggest Brains, but How Smart Are They?
Mind
Relaxing ASMR Sounds are Harder to Re-Create Than You’d Think
Recommendations From Our Store
My Science ShopDiscover STEM Kits
My Science ShopDiscover 2022 Calendar
My Science ShopStrange Science
My Science ShopElements Flashcards
Shop Now
Stay Curious
Join
Our List