Evaluating the Savant Skills That Can Come With Autism

Neuroscientists and other experts have identified extraordinary, specific skills and abilities exhibited by some people with autism spectrum disorder. 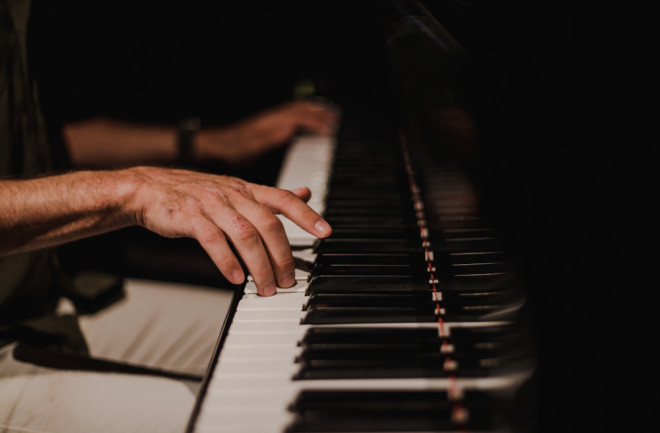 In the 2005 documentary, The Boy with the Incredible Brain, producers introduced Daniel Tammet, a young British savant with tremendous cognitive skills. The producers tested his abilities, and one challenge required Tammet to learn Icelandic in less than a week.

In his memoir, Tammet wrote how he worked with a dictionary, flashcards and then eventually a tutor. He instantly memorized words and quickly recognized grammar rules and sentence structure. By the end of the week, Tammet proved his fluency in an interview on an Icelandic news show.

Tammet refers to himself as an autistic savant. Scientists are learning why Tammet and other people with Autism Spectrum Disorder (ASD) can have extraordinary cognitive skills. Currently, researchers believe it’s an evolutionary advantage.

Researchers have documented how some people with ASD also have savant level or extraordinary abilities in a specific area, also referred to as “special isolated skills.” A study from 2009 was one of the first to consider these skills, and the authors evaluated 137 people with autism. The male and female study participants ranged from having “intellectual impairment” to “superior functioning,” with their mean age coming in at 24.

The researchers analyzed the participants’ abilities and they also interviewed parents to understand how they described the skills in their children. The study found that about a third of the male participants, and 19 percent of the female participants demonstrated savant-level or exceptional abilities in a specific area.

Mathematical ability was the most common skill. While many of us rely on our phone calculators at restaurants to add on a tip, the participants in this study had minds that functioned as fast as calculators. Other skills included: exceptional musicality and the ability to repeat a complex piece of music after hearing it just once; superior art capabilities that enabled the person to recreate pieces that required advanced technique; and phenomenal recall of historical events and dates. Profound foreign language abilities were less common.

In 2015, a study in the Journal of Autism and Developmental Disorders evaluated 254 people with autism and found a higher prevalence of special isolated skills. More than 60 percent of participants had exceptional memory, visual spatial abilities, reading, drawing, music or computation abilities. The authors argued the 2009 study’s results were lower because they only considered the skill at that moment in time, and not earlier in the participants’ lives. For example, some children with autism have hyperlexia, which is the ability to read early and beyond what is expected for their age. The skill becomes less noticeable as other children learn to read and catch up.

The 2009 study also drew from an older cohort, which means they likely presented more consistently with how researchers defined autism in more narrow terms at the time.

These studies demonstrate that scientists understand people with autism can have special skills that outpace the abilities of people without autism. But why? Only recently have geneticists presented a possible answer.

In 2017, a study in PLOS Genetics used the Psychiatric Genomics Consortium to analyze ASD as well as attention deficit hyperactivity disorder (ADHD), bipolar disorder, major depressive disorder and schizophrenia. The consortium, which is based at the University of North Carolina School of Medicine, involves 800 researchers who share genetic data related to psychiatric disorders.

The study’s authors used the consortium to search for genetic variants linked to ASD that might enhance cognition. They found there were indeed inherited variants associated with ASD, and the occurrence was too significant to dismiss as mere chance. One of the variant linked to ASD, for example, related to the capability to develop new neurons.

The authors considered the inherited variants in terms of an evolutionary advantage. Variations that contributed to a person’s cognitive success or gave them a competitive advantage were positively selected and passed down. In contrast, other variants, such as those that limited reproductive success, were negatively selected and less likely to be passed on.

One of the study’s takeaway ideas was that the variants linked to autism were designed as an evolutionary advantage which was why they were never eliminated from the gene pool. The theory has also been tested in qualitative research. A 2019 study in Autism in Adulthood interviewed 28 people with autism. They described their special skills, which included hyperfocus, attention to detail, strong memory and creativity. They then considered how these traits could be advantageous.

Participants with hyperfocus described their enviable ability to “zoom in” on the task at hand and get it done: no distractions, no Facebook breaks or taking a spin around the internet. They could just sitt at a desk and work on a project for hours on end.

Hypersensitivity was also described as an advantage. One participant greatly enjoyed being in nature and experienced a strong sense of connectivity in the moment. No thinking about work. No pulling out the phone to pose for a selfie. They felt fully aware of the surrounding sights, smells and sounds.

Hyperfocus and strong attention to detail sound like pretty good attributes to have. Researchers, however, also caution against assuming that schools and workplaces are ready to harness these abilities. Instead, they recommend that parents and medical care providers help maximize the special skills in someone with ASD to enhance their quality of life.

More From Discover
Mind
What Psilocybin Psychedelic Mushrooms Are Teaching Us About Human Consciousness
Mind
Can Playing Video Games Make You Smarter?
Health
Why Do Some People Live So Long?
Mind
What Is Emotional Blunting, and Do Antidepressants Cause It?
Technology
AI and the Human Brain: How Similar Are They?
Health
There's a New FDA-Approved Drug to Treat Alzheimer’s
Recommendations From Our Store
My Science ShopDiscover STEM Kits
My Science ShopDiscover 2022 Calendar
My Science ShopStrange Science
My Science ShopElements Flashcards
Shop Now
Stay Curious
Join
Our List