True cooperation may require more than smarts, setting humans apart from other animals. Though new research suggests chimps and dogs might have a sense of 'shared intentionality.' 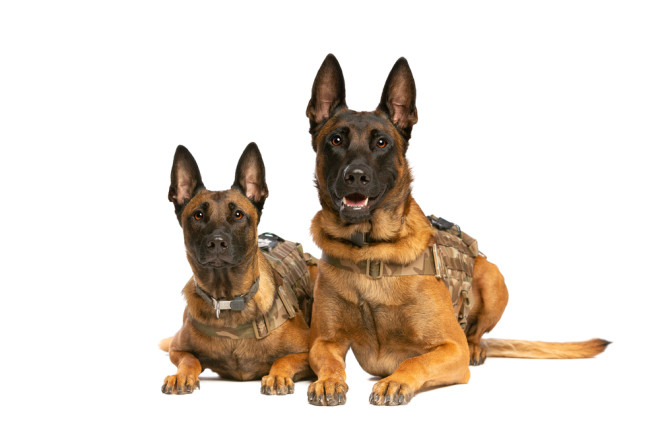 When we take a walk through the park with a loved one, we’re not just two people who happen to be moving in the same direction. We’re experiencing what some researchers call a moment of “shared intentionality.” Our ability to do this may be what enabled humans to uniquely evolve into the intensely social creatures that we are.

But, let’s say you invited Fido along for that stroll of shared intentionality between two humans. Might your pet also be experiencing this same social phenomenon? Experts are trying to pin that down, in an effort to expand understanding of animal minds and our own.

As researchers have probed animal brains and behavior, they have realized that many non-human animals appear to dream, play, communicate with each other and may even possess a “theory of mind.” If the latter is true, it could mean they recognize other creatures as thinking beings. All of this can raise questions about what truly sets us humans apart. That’s where “shared intentionality” comes in.

In 2005, Duke University researcher Michael Tomasello and colleagues proposed that this term may be what ultimately distinguishes humans from animals. Exact definitions differ but in essence, it’s not just cooperation that makes us unique, but the ability to understand and coordinate with each other combined with a true motivation and commitment to do so.

A Question of Motivation

Take chimpanzees, as an example. Chimps, like many animals, can cooperate with each other. Throngs of them will join together on hunts or patrols. They can help each other get food and even communicate.

But all this teamwork may be a laissez-faire affair. When Tomasello and other scientists examined chimpanzees, for instance, they noticed that while apes may start off working together, they will often stop and abandon their mates. This may occur after getting their share of the food or if they get distracted, and the other apes don’t really seem to mind.

Evan MacLean, an animal cognition researcher at the University of Arizona, points out that when this happens between two humans, things play out differently. If one of our park-walkers was to suddenly bail on the other, it would feel weird to say the least, says MacLean. “There’s an implicit social contract,” he says. We’re not just cooperating, we’re expecting the other person to commit and cooperate back. If the animals don’t have the motivation to experience things together the way we do, they’ll never get into the kinds of situations where humans would rely on shared intentionality.

However, recently a couple of studies have suggested that the answer may not be clear cut. In 2020 researchers publishing in Science Advances suggested they may have found evidence of that oh-so-important sense of motivation and commitment in bonobos — a species of chimpanzee.

In an experiment, scientists watched as pairs of bonobo groomed each other, which is an important bonding activity. The humans then began trying to interrupt the grooming by either calling out to one of the animals with food or by loudly closing a nearby door. They also repeated the experiment when the animals were not grooming, just playing alone by themselves.

The scientists predicted that if there was no sense of shared commitment the animals would abandon the grooming about as readily as they might abandon solo play. However, that’s not how it played out in the event of distractions. Despite being the groom-ee or groom-er, or a higher-ranking versus lower-ranking party, distracted generally bonobos quickly resumed grooming with their previous partner in most instances. They also often communicated with each other as they returned to task, perhaps in line with the greetings and goodbyes typical in humans as we start or finish up shared tasks.

In short, it looked like they weren’t just cooperating in the moment. The two animals seemed to have some shared commitment — or, a social contract that the interruption had broken. The scientists were careful to add that this sense of commitment is only one aspect of shared intentionality, where humans demonstrate this in dynamic ways. But the experiment suggests there may be more there in bonobos than we thought.

Similarly, in January 2022, MacLean and colleagues published a paper in Animal Behaviour looking at whether dogs are also committed partners.

The interest was piqued based on the researchers’ own experiences playing fetch with pets, says MacLean. If you’re playing together and suddenly stop, “the dog is nudging you in the leg, dropping the ball, trying to get your attention and all these things that would seem to suggest that there's this like, ‘hey, we were doing this thing together,’ ” says MacLean.

Was it because there was some sort of social contract or just because they wanted to play more? To find out, MacLean and his colleagues devised an experiment. An experimenter whom the dog did not know would start playing with the dog using two toys. Then, after a short time, their play is interrupted. A second person, also a stranger to the dog, then takes one of the toys. The two people then both get the dog’s attention, giving the dog a choice: Go back to their previous play partner or engage with this new person.

If the dogs didn’t care about the personal aspect — and they were only focused on playing with anyone who’d throw the toy — the researchers would expect to see the dog choose either person relatively equally. After all, they’re both strangers and both have the same type of toy. But MacLean found that dogs spent more time and made more eye contact with their previous partner, suggesting they did have some commitment to their playmate.

Despite the compelling results, MacLean and other researchers have noted that it can be very difficult to design experiments to test these things. We can’t read an animal’s mind, after all, so we usually have to infer what’s going on internally from watching their behaviors. So it’s possible we may not be doing the right experiments.

Tomasello, for his part, says it was nice work but not bulletproof: “I would say just the fact that dogs prefer to initiate an activity with a human they were just interacting with might have some other interpretations also.”

MacLean, as well as his colleague Daniel Horschler, now at Yale, are both pursuing follow-up studies. MacLean is examining the behavior in puppies to see if it’s something innate or something dogs learn while living with humans; Horschler just finished an experiment (currently unpublished) replicating the previous study but with people’s pet dogs and across a wider range of breeds. “We tried to see if we saw the same behaviors in pet dogs that we saw in that earlier paper in service dogs. And it looks like by and large we do,” says Horschler.

Overall, Tomasello says he thinks that that whether bonobo or dog, the behaviors seen still do not seem to cross the line into shared intentionality proper, but that these behaviors can still be interesting and important. Studying them can help us understand where the specific lines exist.

MacLean agrees, saying that dogs may not have the same kind of mind as humans or even chimpanzees, but that he thinks what makes humans unique may not be any one single thing or principle, but a constellation of factors. By studying where those individual factors show up in animals — what animals cooperate, or play, or have shared commitments, for example — we can learn more about how they come together in humans.