Discover the Different Lobes of the Brain

They’re more powerful than you think — literally. And one of them is an addictive mystery. 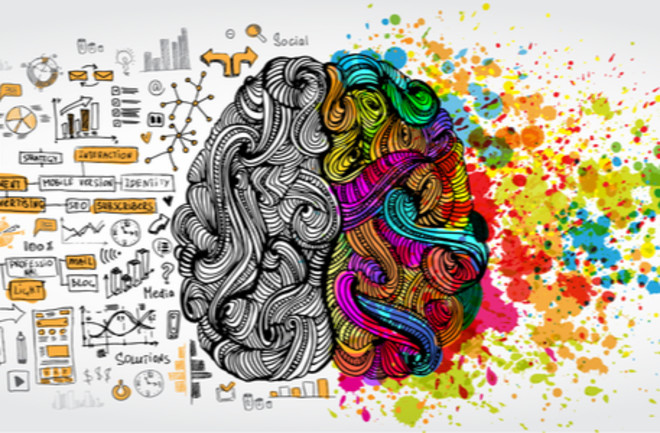 You’ve probably heard that your brain has a right half and left half, known as a hemisphere. Interestingly, each hemisphere of the human brain controls the opposite side of the body. Each half of the brain also has four functional areas, known as lobes. There’s also a unique, lesser-known lobe within the brain. Let’s take a look at these five lobes and what they do.

The frontal lobe is the largest of the brain lobes and is located behind the nasal cavity. It’s responsible for controlling body and eye movements, smooth motor movement and motor language. The functions it impacts include memory, judgment, problem-solving, sexual behavior and the expression of emotions. Our frontal lobes can be either right- or left-side dominant with regard to controlling language and speech, although most people store this information on the left side. Injuries or damage to the frontal lobe can result in attention, planning and organization difficulties as well as decreased motivation, mood swings, poor impulse control, inhibition loss and personality changes. Seizures or epilepsy in the frontal lobe can be caused by stroke, infection or traumatic injuries — or can be inherited in a condition called autosomal dominant nocturnal frontal lobe epilepsy. There’s also a generally accepted (but poorly understood) connection between frontal lobe dysfunction and schizophrenia.

Sitting behind the frontal lobe, near the top and center of the cerebral cortex, the parietal lobe is responsible for movement coordination, math computation, spatial orientation, touch sensation, visual perception and speech. Damage to the right parietal lobe can result in the inability to care for one side of your body such as washing or getting dressed. This condition is called contralateral neglect. When the left parietal lobe is damaged, it can lead to Gerstmann’s syndrome — named after Austrian neurologist Josef Gerstmann, who discovered it in 1924. The condition is characterized by four distinct neurological issues: inability to identify your own or someone else’s fingers (called finger agnosia); loss of math abilities; inability to distinguish between the right and left side of the body; and inability to write. When both parietal lobes are damaged, then it can cause Balint’s syndrome — which renders people unable to accurately reach for objects they’re looking at; unable to move the eyes toward an object; and only able to see parts of a picture/image, rather than the entire image.

The smallest of the lobes is the occipital, which is responsible primarily for vision-related function. Comprised of ridges, folds, and depressions, it works in conjunction with the eye (in particular the retina) to control depth perception, object recognition, color perception, face recognition, and more. It’s also dependent on the frontal and temporal lobes in order to visually take in information and remember it. Occipital lobe damage can cause visual hallucinations; inability to recognize familiar faces, words, shapes or colors; and difficulty with balance, standing and moving. The condition synesthesia is linked to the occipital lobe. This phenomenon is when people have an experience through a different sense than the one it’s occurring in. For example, hearing a particular word will cause someone to see a specific color, or hearing music will make them see certain shapes.

The amygdala, hippocampus, Wernicke’s area and olfactory cortex are all found in the temporal lobe(s) — which are connected to several functions. These include auditory and visual perception, language comprehension, speech, memory and emotional responses. Medical conditions associated with temporal lobe damage include Wernicke’s aphasia, temporal lobe epilepsy and memory impairment. The temporal lobe also is associated with personality changes related to the regulation of emotions and interpersonal communication, difficulties with spatial perceptions, and changes to thirst and hunger. Frontotemporal lobe dementia (FTD) occurs when abnormal proteins build up in the brain cells and is the most common type of dementia in people younger than 60 years old. While onset can begin anywhere from ages 21 to 80, it most commonly affects people between 45 and 64.

Also known as the insular cortex and the Island of Reil (named for German physician Johann Cristian Reil who discovered it in 1809), the insula is now acknowledged to be a separate lobe. However, this triangular-shaped area was a mystery for a long time. This is largely due to its location deep in the brain, which is difficult to access and study. The insula is connected to addiction and cravings. It also plays a role in PTSD, obsessive-compulsive disorder, mood and panic disorders and schizophrenia. When the insula sustains damage, the result can include sensory perception difficulty, issues with pain perception, problems with understanding language, being able to speak and emotional imbalance.