4 Things You Should Know About Cognitive Dissonance

Cognitive Dissonance was defined in 1957 and has four primary signs that include decision making and learning new information. 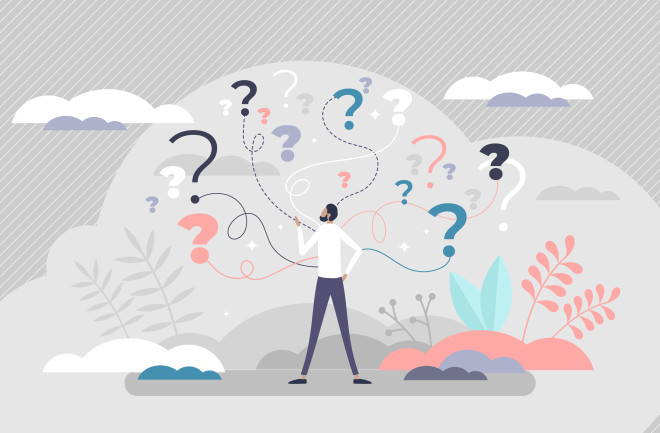 Cognitive dissonance is more common than you think. In the field of psychology, it occurs when a person’s beliefs or values contradict their behavior or attitude and creates the feeling of mental discomfort. If someone loves animals but still eats meat, they may feel cognitive dissonance. If someone considers themselves an ethical person, but as an employee, engages in unethical ways to increase their sales, they may feel the discomfort, too.

Since cognitive dissonance can occur in everyday situations, here are some facts about the condition, how to manage it and how to identify it.

American psychologist Leon Festinger coined the phrase and idea of cognitive dissonance in 1957. It became one of the most influential theories in social psychology.

To prove his theory, Festinger and a colleague conducted an experiment in which participants would do boring and tedious activities for 30 minutes. They then asked participants to lie and tell a waiting participant that the task was interesting. Festinger paid some participants $1 and others $20.

Festinger predicted and confirmed that the people who were paid $20 did not experience dissonance because they were rewarded and felt justified about lying. They also had no problem describing the task as boring. However, those paid only $1 convinced themselves that the activity was interesting to avoid the dissonance they felt if they didn’t believe the lie itself.

In the end, the experiment led to the idea of cognitive dissonance and identified this clash of cognition.

2. What Are the Signs of Cognitive Dissonance?

There are four primary causes of cognitive dissonance. All these situations create internal struggle and threaten a person’s identity.

When these situations occur, the signs of cognitive dissonance manifest themselves in a variety of ways. One may feel embarrassed, ashamed or confused and want to use defense mechanisms to deal with these feelings. These mechanisms include avoidance of people or situations that are reminders of the conflict; discrediting or delegitimizing the person or group that represents the dissonance; minimizing the importance of the situation to limit the impact of mental discomfort; or only seeking information that supports the behavior or belief that is causing the discomfort.

3. The Effect of Cognitive Dissonance on the Brain

Functional MRI studies show that the posterior part of the medial frontal cortex (pMFC) plays a key role in cognitive dissonance. This part of the brain plays an important role in avoiding aversive outcomes. In one study, when participants lied to someone, despite their belief that lying is wrong, the pMFC activated.

Another area of the brain that is involved in alleviating inner mental conflict is the dorsolateral prefrontal cortex, which is connected to cognitive control. When researchers stimulated this part of the brain using electromagnetic conduction in a study, the participants had less of a need to rationalize the beliefs that caused dissonance.

There are ways to reduce cognitive dissonance. Changing a belief is the easiest technique, but if the belief is strong, that is more difficult to do. One can also adjust their future actions after an event that caused cognitive dissonance to avoid discomfort, shame or guilt. Another solution is to alter the perception of one’s actions to justify them.

These methods help to align beliefs and actions so they are in harmony rather than conflict. Resolving dissonance can prevent bad decisions and encourage better decision making. Our instincts to resolve internal mental discomfort can therefore serve as a motivator for making constructive changes.

More From Discover
Technology
What Is a Social Media Cleanse?
Mind
Gut Bacteria's Role in Anxiety and Depression: It’s Not Just In Your Head
Mind
What Psilocybin Psychedelic Mushrooms Are Teaching Us About Human Consciousness
Mind
Try These 6 Science-Backed Secrets to Happiness
Health
Why Eating Disorders Are so Difficult to Treat
Health
Does Seasonal Affective Disorder Get Worse with Age?
Recommendations From Our Store
My Science ShopDiscover STEM Kits
My Science ShopDiscover 2022 Calendar
My Science ShopStrange Science
My Science ShopElements Flashcards
Shop Now
Stay Curious
Join
Our List