3 Unique Ways We Can Remember The Past

From Highly Superior Autobiographical Memory to flashbulb memory, some people have the amazing ability to remember more than usual. What’s behind that? 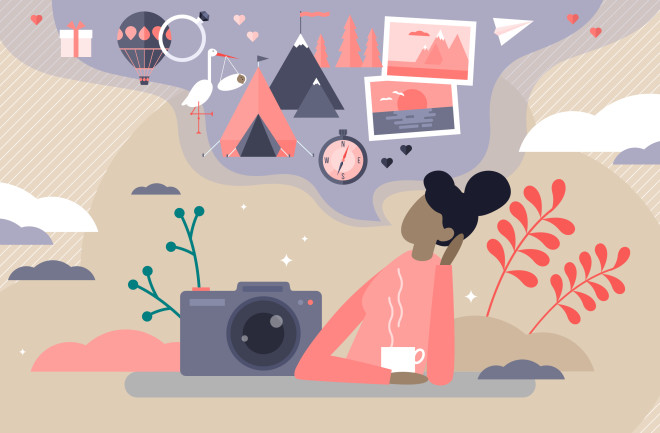 Memory is such an important part of who we are and how we navigate our daily lives that we often forget how mysterious it is. We worry about losing it, and with good reason.But there is much more to memory — more than simply having a good one or experiencing its slow atrophy in old age or disease. There are a few types of memory that are simply astonishing — and studying them may tell us more about ourselves and how our minds work.

We don’t usually think of atypical memory as a disorder or condition, explains Michael Yassa, director of the Center for the Neurobiology of Learning and Memory at the University of California, Irvine. He prefers to call them “phenomena.” and these phenomena are a fascinating look at the many ways memory can work.

Highly Superior Autobiographical Memory (HSAM) is a rare type of memory. It was discovered only in June 2000, when Jill Price described her unique memory recall to neuroscientist Jim McGaugh, the founder of the Center for the Neurobiology of Learning and Memory. The rare few with HSAM (fewer than 100 people have been identified) can remember astonishing details about their lives.

For example, if you ask a person with HSAM what happened on Feb. 6, 2018, they’re likely to say something like, “It was raining that day. I wore jeans, a flannel shirt and a green rain slicker. I met a friend for coffee. I had a caramel latte. Then I went home and watched sports on TV.”

While memory is necessary for survival, scientists generally think our ability to forget is also crucial. In fact, it may be an evolutionary adaptation. Forgetting keeps us from ruminating on unpleasant memories or regrets — a benefit for mental health. The ability to forget may also help in generalizing from experience, some experts say. Remembering every detail of an event might get in the way of focusing on the critical parts. But is there any adaptive benefit to remembering every mundane detail of your life?

“We don’t know what evolutionary advantage there might be to something like HSAM,” says Yassa, but he and his colleagues are monitoring people with HSAM to see if they may be less or more at risk of dementia than others. “We’re trying,” Yassa says, “to understand if in the long run this confers an adaptive advantage or if it comes at a cost.”

Flashbulb memory is not rare — in fact you may have one or two of these memories yourself. But it is weird. Do you remember exactly where you were and what you were doing when you first saw the planes crash into the World Trade Center? That might be a flashbulb memory. They are autobiographical memories of your circumstances surrounding a public event, and are extremely detailed and vivid.

That doesn’t mean they’re accurate, though. Other than the vividness, flashbulb memories are not any different from other memories, says Yassa. They seem more accurate because they’re so vivid, but in truth, they’re subject to the same corruption as ordinary memories.

Yassa recalls a study by Larry Squire, a memory researcher at the University of California San Diego. Squire and his team asked people for details about where they were and what they were doing when they heard the verdict in the O. J. Simpson trial. He compared memories 15 months later, then again at 32 months, with the memories reported three days after the verdict. After 15 months, only 50 percent of the recollections were highly accurate; by 32 months, only 29 percent were. And 40 percent of the memories, the researchers found, had major distortions.

That’s perfectly normal for memories. They get corrupted and changed in small ways every time we call them up. “As time passes, we tend to create narratives that become almost fictitious, but we're very confident in them,” says Yassa. The difference between flashbulb memory and ordinary memory is not the accuracy but the intensity, and it’s that intensity that makes us trust them so much.

Also known as photographic memory, eidetic memory is the ability to recall a visual image in near perfect detail. Abbie Hoffman claimed to have it. Teddy Roosevelt is said to have had it. It’s unlikely that either one did.

Yassa says, “I’m [going to] tell you everything you want to know about photographic memory. Ready? It doesn't exist.”

That doesn’t mean there aren’t some people with great visual memories. Yassa points to the famous Solomon Shereshevsky, known in the medical literature simply as “S.” The Russian neuropsychologist, Alexander Luria, first described Shereshevsky’s memory as having the ability to remember anything he encountered. He could easily memorize things he didn’t even understand, such as passages in a foreign language or abstruse mathematical formulas — and he could remember this stuff for years.

However, Shereshevsky’s memory wasn’t perfect, nor was it photographic, exactly. As described in the book Moonwalking with Einstein: The Art and Science of Remembering Everything, by Joshua Foer, Shereshevsky used complex techniques similar to the method of loci used by grandmasters of memory (yes, there are such people) to aid his recall.

More importantly, Shereshevsky had something Teddy Roosevelt and Abbie Hoffman did not: synesthesia, a neurological condition in which stimulation of one sense can cause consciousness in another. This peculiar cross-wiring of his senses was likely involved in his amazing memory. And it may be that unique neuronal arrangements are behind other memory phenomena, such as HSAM.

Synesthesia, Yassa says, is a spectrum. “I think we’re all on that continuum to some extent.” Small idiosyncrasies in the brain’s wiring that occur during development make each of us unique. And for some of us, that means a unique ability to remember.

Walking vs. Running Benefits: Should You Walk or Run for Exercise?

What is the Purpose of Hiccuping?

More From Discover
Mind
What Psilocybin Psychedelic Mushrooms Are Teaching Us About Human Consciousness
Mind
How Failing Could Actually Help us Succeed
The Sciences
How a Zombie-Ant Fungus Can Infect a Host
Mind
Video Games May Have Negative Effects on the Brain
Mind
What Is Emotional Blunting, and Do Antidepressants Cause It?
Technology
AI and the Human Brain: How Similar Are They?
Recommendations From Our Store
My Science ShopDiscover STEM Kits
My Science ShopDiscover 2022 Calendar
My Science ShopStrange Science
My Science ShopElements Flashcards
Shop Now
Stay Curious
Join
Our List