What's the Secret to a Great Citizen Science Project?

The leaders of Stall Catchers, SciStarter's top project of 2021, shares his secrets for success. 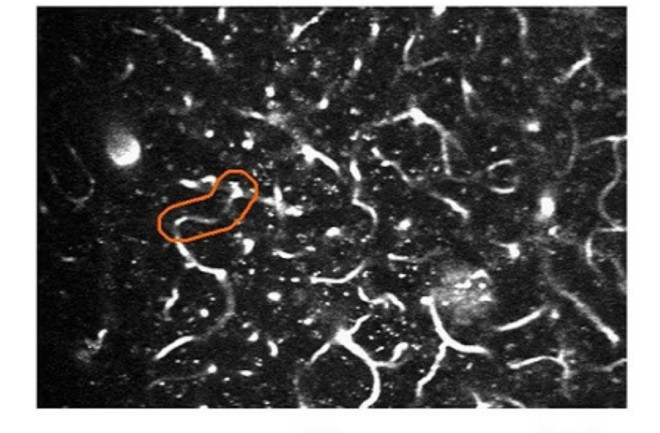 Run by researchers at the non-profit Human Computation Institute in New York, Stall Catchers asks volunteers to analyze videos of blood vessels in the brains of mice to find “stalls,” or blockages that are thought to contribute to Alzheimer’s disease.

For years now, the project has topped our list of the most-joined and most-contributed-to projects, and 2021 was no different. Along the way, Stall Catchers’ now more than 41,000 registered users have analyzed more than 12 million images, saving researchers countless hours of lab time and greatly speeding up Alzheimer’s research.

Pietro Michelucci, project leader for Stall Catchers and director of the Human Computation Institute where it’s based, says their continued success has been really exciting for the team. It’s also, he says, “kind of amazing, in that we haven’t done much concerted outreach this last year, or even the year before.”

A few big events helped lift Stall Catchers this year, Michelucci notes, including corporate volunteer efforts from companies like Verizon and Microsoft. The Verizon volunteers were recruited and trained through SciStarter’s partnership with the company, a new initiative launched this year that pairs volunteers from the company with SciStarter projects.

And Stall Catchers’ annual Catchathon, a global event held every spring, reliably draws in hundreds of “Catchers” for a full 24 hours of friendly competition.

But Michelucci attributes much of Stall Catchers’ continued popularity to a few key factors. One is simply their choice of topic: Alzheimer’s disease is something that directly affects millions of people around the world, and indirectly affects even more. So a better understanding of the disease, and potentially finding ways to treat it, is something a lot of people feel personally invested in.

That helps explain why Stall Catchers has found it easy to reach new audiences. But that’s only part of the battle — sustaining a project long-term brings its own challenges. For that, Michelucci credits the community of Stall Catchers players, some of whom contribute dozens or even hundreds of hours of their time every year. Interacting with and supporting their community has always been a priority for the team, he says.

“We try to give [community members] voice as much as we can, we have lots of different ways for them to get in contact with us and we make sure we’re listening all of the time,” Michelucci says. “We take that feedback very seriously and we try to be as responsive as we possibly can.”

At times that’s looked like canceling meetings to address urgent needs among the community of players. And Stall Catchers consistently communicates with its members through blogs, social media posts and more. It’s another place where Michelucci notes their partnership with SciStarter has helped out.

“One of the great success factors for Stall Catchers has been our partnership with SciStarter,” he says. “A crowd-powered system is only as strong as its crowd. And SciStarter has given a lot of strength to Stall Catchers by helping us build that community.”

In the coming year, Michelucci says Stall Catchers is looking forward to another big Catchathon event this spring, and focusing on some of its most important member groups, which include middle and high school students, Alzheimer’s caregivers and corporate volunteer initiatives.

As human catchers sort through images this year, they may be joined by a new kind of player, too. Stall Catchers partnered with hundreds of machine-learning experts in 2021 to host a competition aimed at designing algorithms that can sort through images as efficiently as a human. The algorithms were trained on the human-made dataset of stall images, all 12 million of them. While the computers weren’t quite as good — clocking in at around 92 percent accuracy versus about 99 percent for a human — they can work around the clock, potentially speeding up the process of finding stalls.

The team is also at work on a few new citizen science projects based in part on the Stall Catchers model. One is focused on identifying ethnic and socioeconomic factors in Alzheimer’s disease, while another is taking on another condition entirely: sickle cell disease. Sickle Catcher isn’t quite ready yet, but it will likely debut in 2023, Michelucci says.

Asked for any final advice for other project leaders, Michelucci highlighted two things that helped out Stall Catchers at the very beginning. The first is to find people who are running citizen science projects already and seek out their advice.

“Make friends with people who are doing it right and work with them and listen to the community,” he says. “Get help anywhere you can.”

The second is staying flexible. Stall Catchers was initially supposed to be two separate projects, but it turned out that one could be entirely automated, while the other one turned into the current version of Stall Catchers. That let the team focus on making the current game as good as it could be, something they hadn’t anticipated doing from the outset.

“Don’t be afraid to pivot. Sometimes you go in with one idea and you suddenly realize ‘this makes more sense,’” Michelucci says. “So you can’t get too locked into a particular mindset.”

Citizen Science Month 2022: Turning Curiosity Into Impact Around the Country

More From Discover
Health
Past Lead Exposure Shrank IQ Scores for Millions of Americans
Mind
5 Neurological Diseases and the People Who Discovered Them
Health
Beyond Psilocybin: These Mushrooms May Offer Brain-Boosting Compounds, Too
Planet Earth
Determining if Dementia Is Uniquely Human
Mind
Does Stress Cause Cognitive Decline?
Mind
Discover the Different Lobes of the Brain
Recommendations From Our Store
My Science ShopDiscover STEM Kits
My Science ShopDiscover 2022 Calendar
My Science ShopStrange Science
My Science ShopElements Flashcards
Shop Now
Stay Curious
Join
Our List