What You Can Do About Seasonal Depression

Seasonal Affective Disorder, or SAD, is a type of depression that intensifies during specific seasons. Specialists say that these are the best ways to treat its symptoms. 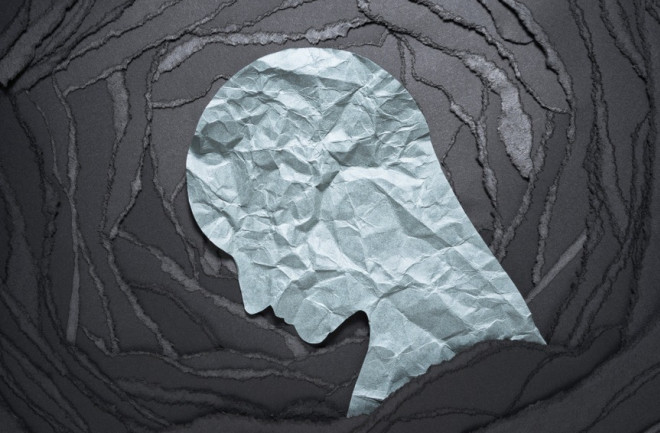 The dreary days of the fall and winter seasons can make you cold, change your mood and sometimes spiral you into seasonal depression. Also known as Seasonal Affective Disorder (SAD), this form of depression follows the shifting of the seasons and dramatically disrupts the way you feel.

This is what you should know about the disorder, as well as its treatment.

It's not at all strange to see seasonal fluctuations in your temperament, or to feel fleeting feelings of sadness and stress as the days become darker, duller and shorter. That said, sometimes these feelings can transform into something severe, turning into SAD, a full-fledged form of depression.

Individuals with this form of depression tend to face frequent feelings of fatigue, distress, desolation and detachment during particular periods of the year, according to the National Institute of Mental Health (NIMH). In addition to these feelings, they sometimes turn sluggish and struggle with sleeping, concentrating and communicating with others. While some socially withdraw, others start thinking of death and suicide.

But whatever the specific symptoms, specialists stress that this depression appears and disappears during specific seasons and resurfaces across several successive years.

Read more: Does Seasonal Affective Disorder Get Worse with Age?

Afflicting almost as many as 10 percent of people in some swaths of the U.S., specialists say that the majority of individuals who struggle with SAD see symptoms in the fall and winter, often for four to five months at a time. And though these seasons' short, dark days are typically thought to initiate the decline in mood, specialists still aren't sure as to why.

Some say that concerns about dull and dreary days causes SAD to develop. According to this theory, an individual's negative assumptions about the season, including their worries that they will feel worse in the impending winter, make certain that their worries come true.

Other specialists concentrate on chemical causes, supposing that the shorter days — and reduced sunshine — cause actual chemical changes to the brain, creating irregularities in the neurotransmitters that regulate mood (serotonin) and sleep (melatonin). Others still submit that a combination of both psychological and biological factors cause the disorder and its symptoms.

What are the Top Treatments for SAD?

Though the causes of the condition are far from clear, specialists say that several forms of therapy show success in treating SAD. In fact, there are two main approaches to treatment — talk therapy and light therapy — that are not only beneficial, but reflect the different origin theories of the disorder.

The first, talk therapy, can involve identifying the negative thoughts that could contribute to symptoms and rerouting and replacing those thoughts with positive ones, instead. Since this approach actually transforms the way we think about the seasons, some specialists say it's the best option for producing persisting results, protecting patients throughout the season that they start their treatment and across subsequent years.

The second treatment, light therapy, involves exposing oneself to light therapy lamp for approximately 30 to 45 minutes each morning. Simulating the missing sunshine, this form of therapy is thought to assist the brain in producing the proper amounts of serotonin and melatonin and other neurotransmitters. But for this form of therapy to function as it is meant to, a patient must make sure to pick the proper lamp. The lamp should produce the same amount of light as a sunny spring or summer morning. And the patient must use it at the proper times, when the bright sunshine would naturally occur.

Studies indicate that these two treatments aid many individuals with SAD. According to a paper published in the Journal of Affective Disorders, for instance, both types of therapy "and their combination," are associated with "significant reductions in depressive symptoms" and "improve long-term outcome[s] regarding symptom severity, remission rates, and relapse rates."

Plus, some specialists suggest coupling treatments with antidepressant medications such as Wellbutrin and Prozac (which are in and of themselves another worthwhile treatment) to become all the more beneficial.

Read more: 'Tis the Season To Feel Stress and Sadness

Alongside these formal therapies, several other strategies can make symptoms more manageable for folks dealing with SAD or with one of the milder, more temporary forms of seasonal sadness. For instance, maintaining a consistent schedule can bolster your ability to sleep and alleviate symptoms of seasonal depression. And, though you should bundle up beforehand, spending more time outdoors and participating in more of your favorite activities with family and friends are also important for making the season just a bit brighter.

More From Discover
Mind
Gut Bacteria's Role in Anxiety and Depression: It’s Not Just In Your Head
Mind
What Psilocybin Psychedelic Mushrooms Are Teaching Us About Human Consciousness
Mind
Try These 6 Science-Backed Secrets to Happiness
Health
Why Eating Disorders Are so Difficult to Treat
Health
Does Seasonal Affective Disorder Get Worse with Age?
Mind
Why Are Emotions Contagious?
Recommendations From Our Store
My Science ShopDiscover STEM Kits
My Science ShopDiscover 2022 Calendar
My Science ShopStrange Science
My Science ShopElements Flashcards
Shop Now
Stay Curious
Join
Our List