What We Know About the Monkeypox Outbreak in Europe

A sudden surge in viral cases across Europe, as well as North America, has raised flags for infectious disease researchers. Countries and the WHO are coordinating to investigate. 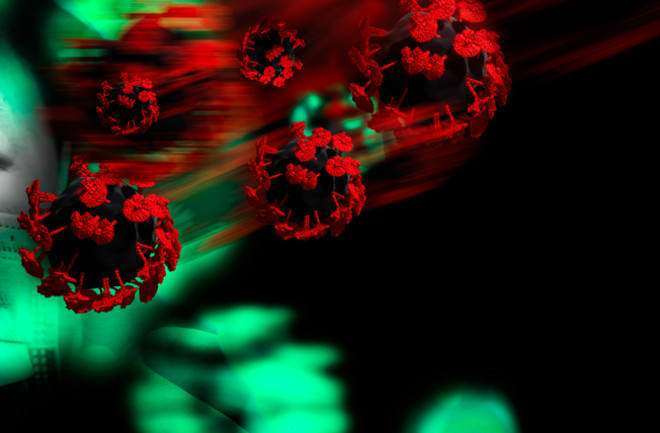 As monkeypox’s name suggests, the viral disease originated in monkeys. Small outbreaks of monkeypox have been detected in humans in the past, though mostly in Central and West Africa where the infection originated. That is why an unprecedented wave of infections in cities across Europe and North America has caught researchers by surprise and is concerning public health officials.

As of May 21, 92 confirmed new cases of monkeypox and 28 suspected cases have been detected in 12 countries in which the virus does not usually circulate, according to the World Health Organization. The number of cases recorded in the past week is higher than the total number of cases that had been recorded in those non-endemic regions since records began in 1970, and more are appearing each day.

Monkeypox infections in Europe and the U.S. are usually isolated cases where someone has traveled from Africa or come into contact with an exotic animal. Most of these recent cases have been found in Europe, with the first infection identified in a traveler returning to the U.K. from Nigeria. As of this week, 19 confirmed and suspected cases had been found in England, 33 in Portugal and 51 in Spain, according to a database compiled by Moritz Kraemer and colleagues at The University of Oxford.

The disease has reached Australia and North America, too, with 21 confirmed or suspected cases in Canada and two in the U.S. (One was confirmed in Boston on Wednesday and one suspected infection was reported in New York).

“The increasing case numbers in the current monkeypox outbreak are certainly concerning,” said Charlotte Hammer, an infectious diseases epidemiologist at the  University of Cambridge. “It is very unusual to see community transmission in Europe. Previous monkeypox cases have been in returning travelers with limited ongoing spread.” Experts expect more cases to be picked up in the coming days as countries rush to identify and contain infections.

What We Know So Far

Most cases of monkeypox are mild and there have been no reported fatalities in the current outbreak, WHO says. Historically, it's is a less-lethal relative of smallpox and normally causes a rash which blisters and then scabs over, sometimes accompanied with flu-like symptoms such as headache, fatigue and muscle ache.

All cases detected recently are the less-deadly West African strain, which WHO says is fatal in around 1 in 100 reported cases. The more-severe Congo strain kills 1 in 10 people with an infection — though no cases have been detected in the current outbreak.

Vaccines used to eradicate smallpox are up to 85 percent effective against monkeypox, so the U.S. and some European countries are rolling out jabs to contain the spread or preparing supplies in case they are needed.

As the world continues to fight the COVID-19 pandemic, experts stress that monkeypox is less lethal and less transmissible than SARS-CoV-2 and easier to contain. This means these recent outbreaks should not cause panic at this point, though they are raising concerns about how the disease is spreading so quickly and between continents.

Previous instances of monkeypox were found in travelers returning to the UK from African countries where the disease is established; and in the U.S., infected people had come into contact with exotic animals. In 2003, for example, Gambian pouched rats imported to the U.S. passed on the disease to prairie dogs, which subsequently infected more than 70 people in the U.S.

Large outbreaks have only occurred in under-resourced communities in Central and West Africa, such as in 2017–18 when 122 confirmed or probable cases were reported in Nigeria, causing seven deaths.

Only one person infected in the recent outbreak has traveled to Central or Western Africa, according to reports. And the disease, which can be passed on from close contact with an infected individual, does not normally spread easily from person to person. Generally, it can be passed on through skin-to-skin contact and bodily fluids, such as saliva, but it is not a sexually transmitted disease.

Countries are working with WHO to try and determine how and where it spread and to sequence the virus’ genetics to see if it has mutated. Regional authorities closed a sauna in Madrid on Friday after most of Spain’s infections were traced back there. Some health experts have also identified two recent international raves, one in Spain and one in Belgium, as potential spreader events.

“Monkeypox is normally endemic to certain areas and cases outside of those areas are usually sporadic and die out very quickly, or don't propagate at all,” says Julian Tang, a virologist at the University of Leicester. “This is different. This one seems to actually be propagating and growing relatively quickly. There seems to be an exponential growth going on here and none of us are immune to this.”

Two theories are that the virus has acquired an unlikely mutation which has changed its behavior, or that it simply found the conditions such as a superspreader event that it needed to thrive.

Read More: Climate Change is Likely to Increase the Risk of Infectious Diseases

WHO officials called an emergency meeting on May 20 to discuss how to contain the outbreak. The organization is concerned that mass summer gatherings in Europe like music festivals could help the disease spread, and The European Centre for Disease Prevention and Control has warned that humans could spread the virus to animals, which could lead to the disease becoming endemic in Europe.

The recent impact of the coronavirus pandemic has heightened global anxieties of health threats. But monkeypox’s behavior means it should be far easier to contain than SARS-CoV-2, experts say.

The conspicuous rash that typically accompanies monkeypox means people are more likely to stay at home if they catch it and others are more likely to steer clear of it, Tang says. And while COVID-19 was transmitted from people who did not have symptoms, in the case of monkeypox it is relatively easy to identify and quarantine the sick.

What New Variants Of COVID-19 Are Currently Circulating?