Wearable Copper Could Protect You Against Bacteria and Viruses

Copper has been used as an antimicrobial for over 6,000 years. Re-engineering the metal could be the future of healthcare. 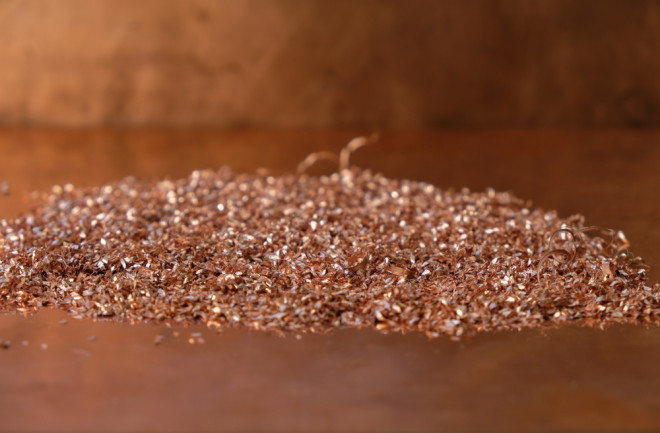 Cholera ravaged the world in the 19th century. In Paris alone, the first cholera epidemic in 1832 killed 20,000 residents in just a few months. The disease caused diarrhea, nausea and vomiting and was highly infectious. Yet, it spared a peculiar group of people: copper workers.

As the cholera epidemics continued through the century, copper protected jewelers, brass players and other folks who worked with it from disease and they died at a rate seven times lower than the general population. They benefitted from one of copper’s most useful properties – its antimicrobial ability.

In a new study published in the Proceedings of the National Academy of Sciences, researchers engineered a wearable antimicrobial copper nanomesh that sticks to human skin with just a touch of water. It kills microbes quickly, wiping out 99.99% of bacteria within one minute and 99.99% of viruses within 10 minutes. Could this protect patients in healthcare?

Some of the oldest known healthcare practices used copper as an antimicrobial element. The Edwin Smith Papyrus, the world’s oldest medical text (1600 B.C.), notes that ancient Egyptians treated water and wounds with copper. Copper continued to make its way into other books, including the Hippocratic Collection. Physicians used it as a wound dressing for leg ulcers, and in De Medicina, they used it to treat venereal disease.

Since then, experts have used copper in countless applications, from stunting mildew growth on wine grapes to treating dysentery in World War II soldiers.

And in 2008, the U.S. Environmental Protection Agency (EPA) named copper the first solid antimicrobial material. In 2021, the EPA announced that copper surfaces also protected us against viruses, including SARS-CoV-2.

Copper releases copper ions to kill microbes, or electrically charged particles. When these ions contact microbes, they puncture the cell membrane and damage the DNA and RNA. The metal’s assault on microbial DNA make it useful for preventing antibiotic-resistant superbugs, like MRSA, from posthumously passing their genes to other microbes.

Not only does copper work in the lab, but it also works in the clinic. In a 2015 study, researchers found that adding copper to bed rails, call buttons, chair arms, tray tables, computers and IV poles in patient rooms reduced infections by 58 percent.

But while the science is promising, many hospitals remain skeptical because replacing existing equipment is expensive and logistically challenging.

“If you’re retrofitting a site, it’d be really expensive,” says Shannon Hinsa-Leasure, a microbiologist and professor at Grinnell College who studies the use of copper surfaces in healthcare settings. “You don’t want to lose funding because you have a high percentage of hospital-acquired infections, but you also have to be able to run a hospital effectively and not go over budget.”

Instead of covering surfaces in copper, the new study suggests we cover ourselves. Jae Joon Kim, lead author of the study and researcher at the University of Tokyo at the time, says that the mesh helps improve copper’s ability to kill microbes quickly.

To make the mesh, the researchers spin the fibers into random orientations and flatten it. The fibrous structure gives the mesh a high surface area to release copper ions.

The material is so soft and stretchy that according to Kim, you can’t even feel it. At three microns thick, the mesh is 20 times thinner than the diameter of the average human hair.

Because it’s so thin, the nanomesh preserves the skin’s natural sense of touch, temperature and humidity. Mesh-wearers even retain their fingerprint.

“All our senses are maintained when we are wearing it,” Kim says. “We call these devices forgettable devices. Once we put them on, we forget. We can’t feel any difference.”

Hinsa-Leasure was impressed with the glove’s pliability. “It just seems like a really cool technology that we’ve never seen before,” she says.

The nanomesh could help people with medical conditions to wear gloves, says Hinsa-Leasure. “There are people out there who get skin infections, so this mesh could be used to reduce those.” Although the nanomesh wouldn’t protect people from all exposures, like chemicals.

While researchers tested the nanomesh on people, Kim says that they can also adhere the device to heavily-touched surfaces.

The nanomesh is a more potent antimicrobial. It is also transparent, so you can stick it onto touch screens and displays without sacrificing image quality. It can help the blind, too, since copper film is thick and can obscure braille. By contrast, the nanomesh is incredibly thin.

“We can preserve the sensation of the surfaces,” Kim says.

Although the study only tested the nanomesh on an individual finger, Kim thinks that scaling up in size and production isn’t a challenge.

“Copper is one of the cheapest metals,” says Kim. “It would be very easy to mass produce.”

But Hinsa-Leasure warns that we don’t have unlimited copper. “We need to think about the best place and way to use what we have,” she says.

Although copper shows great promise in reducing infections, Hinsa-Leasure warns that it wouldn’t protect us against everything. “I’m a big fan of copper too, but remember when we’re talking about diseases like COVID-19, a lot of them are transported by respiratory means. Surface touching is one mechanism, but there are also other mechanisms for disease.”

She also notes that the study is just step one in a long journey. “It was just tested against one type of bacteria and one virus,” Hinsa-Leasure says. “What about testing it against spores, which are harder things to get rid of?”

What Factors Matter Most For Weight Loss?

Blessed Are The (Tiny) Cheesemakers

This WWII Shipwreck Is Pouring Pollutants Into The North Sea