This Senolytic Antibody Drug Could Combat Aging, and the Diseases It Brings

Dubbed an 'intelligent bomb,' this biotechnology marks an advance in senolytics, which aims to remove harmful, zombie-like cells from the body. 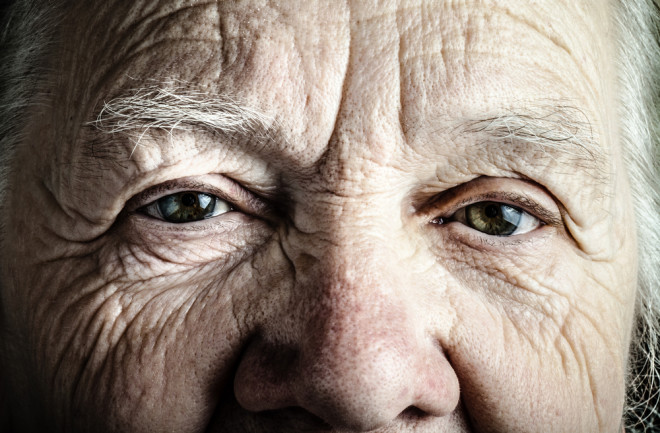 In the past decade, the quest to prolong human life and lessen suffering in the twilight years has gained a new protagonist: senolytics. These drugs have the potential to eradicate the damaged cells that pile up in our bodies as we age, halting the diseases associated with that process, from Alzheimer’s to cancer. Until recently, though, they weren’t precise enough — sure to attack problem cells, but likely to batter good ones, too.

Now the second generation of senolytics has arrived. Last month, a team of researchers from the universities of Leicester and Cambridge announced they had designed antibodies capable of locking onto specific proteins on the surface of the target cells, leaving little chance of friendly fire and its adverse side effects. Each antibody is essentially a protein-seeking missile, loaded with toxins; it homes in, “and once inside, it kind of explodes,” says Salvador Macip, the team’s lead researcher. “That’s why we call it an intelligent bomb.”

The treatment — a creative twist on an existing cancer drug — hasn’t yet been tested on humans or animals. But this advance brings medicine a step closer to addressing what seems to be the root cause of many age-related illnesses. And as the technology behind it improves, Macip and others in his field hope to someday counteract some hardships of aging, like frailty. While it’s unlikely we’ll ever vanquish death, senolytics could help us finish out our lives in sound body and mind.

Life is hard on our cells. Over the years, as they’re assailed by chemicals, infection, radiation and other stressors, some sustain so much damage that they would only imperil us by continuing to reproduce. When that time comes, they sacrifice themselves for the greater health, ceasing to divide in a process known as cellular senescence. This prevents the rampant propagation of dysfunctional cells, which we know as cancer. It’s an essential link in our physiological armor.

But although the senescent cells have shut down in one sense, they remain active in another. Scientists often liken them to zombies: essentially dead, but dangerous nonetheless. They continue to secrete chemicals that promote inflammation, and sometimes turn healthy neighboring cells senescent — a chain reaction that only bolsters the undead metaphor. When the immune system is working properly, these loiterers are promptly destroyed via apoptosis, or programmed cell death. But as our defenses weaken with age, they accumulate.

Experts now believe this proliferation of senescent cells is responsible for many of the diseases that plague the elderly. In the past decade or so, studies have found that removing them can delay — even reverse — the onset of certain pathologies. The hype began in 2011, when researchers from the Mayo Clinic successfully treated cataracts, muscle degeneration and fat loss, using first-generation senolytics.

Ever since, though, the field has been beset by fear of side effects. A good rule of thumb when it comes to developing medical treatments: The cure cannot be worse than the problem. Chemotherapy is famously horrific, but we often tolerate it when the alternative is death. In contrast, for many other illnesses — say, arthritis — the alternative to treatment is merely discomfort. In those cases, “the side effects need to be close to zero,” Macip says. “That’s why we need much more specific senolytics.”

The Future of Anti-Aging

The challenge of designing treatments that will exclusively attack the right cells hasn’t disappeared with the new antibodies. That’s because any target the antibodies might lock onto (in this case, a surface protein) likely exists in healthy cells as well throughout the body. To avoid hitting the friendlies, Macip suggests future researchers use two, three or more markers, increasing the chances that the combination is limited to senescent cells. Separate antibodies could be engineered for each marker, and only when they all come together would they detonate.

But that’s a puzzle for the third and fourth generations. As for the one he’s helped usher in, Macip says, “I’m hoping that within the next decade we will see one or more targeted senolytics reaching trials.” He and his colleagues aren’t the only ones at work on the problem, either. Another team of researchers, led by Cambridge oncologist Daniel Muñoz-Espín, made their own leap last year with a senolytic cancer treatment that seems to execute its mission more carefully than its predecessors.

As precision improves, senolytics will be compatible with a wider range of ailments. Macip outlined a rough possible progression of viable treatments: first lung fibrosis and cancer, both fatal diseases without cures; then Alzheimer’s, also fatal and uncured but less physically debilitating; then less-aggressive disorders like diabetes. Finally, the end goal is to move beyond the war on particular diseases and confront their common denominator: old age. “It’s a paradigm shift in a way,” Macip says. “Instead of treating disease, we’re treating the condition that leads to disease. We’re treating aging.”

It’s a common misconception that the ultimate aim of anti-aging research is eternal life, the fountain of youth, or some related fantasy. “That’s definitely not what we’re into,” Macip says. Rather, the idea is to ensure we live our final years in good shape, without frailty and discomforts. Maybe we’re able to run marathons into our 70s, or simply stay as active as we were in our 50s. This is what medical professionals mean by “extending the healthspan.” It could well lead to longer lifespans, but the objective isn’t immortality. “It’s not turning the clock back,” Macip says, “but keeping someone healthier longer.”

Why Walking Might Be One of the Best Exercises For Health

More From Discover
Health
Is 'Expired' Milk Safe to Drink? Here's How to Know When to Throw Away Food
Health
Extreme Fatigue: 4 of the Longest-Lasting Sporting Events
Health
What Science Says About the Weight-Loss Potential of The One-Meal-a-Day Diet
Health
Walking vs. Running Benefits: Should You Walk or Run for Exercise?
Technology
What Is a Social Media Cleanse?
Health
What is the Purpose of Hiccuping?
Recommendations From Our Store
My Science ShopDiscover STEM Kits
My Science ShopDiscover 2022 Calendar
My Science ShopStrange Science
My Science ShopElements Flashcards
Shop Now
Stay Curious
Join
Our List