Deadly Beauty: The Poisons Used In Makeup Through The Ages

It might sound crazy to think mercury was once an ingredient for makeup, but this and several other toxins were used in beauty staples. 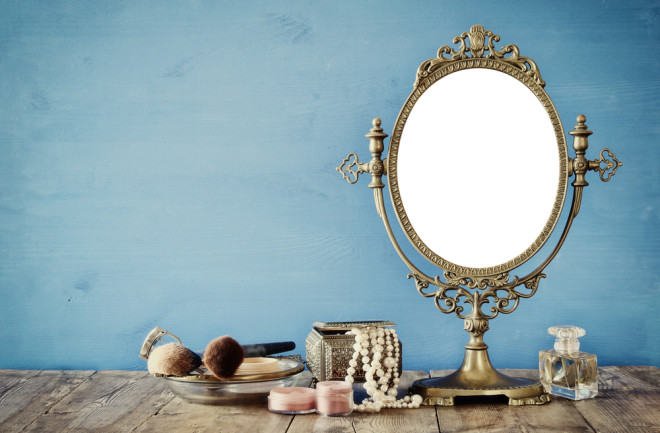 Beauty doesn't come cheap. It can be costly, time-consuming and, according to historians, deadly. For thousands of years, we've been wearing makeup, some of it made with unsavory ingredients. While we still use some questionable ingredients in cosmetics today, it's nothing compared to the outright poisons that were once present at the beauty counter.

Ancient Egyptian royalty famously highlighted their eyes with a magical black eyeliner known as kohl. It symbolized a royal's place in society and a signal to the gods to protect wearers from illness. But the malachite makeup was made with lead-based ingredients found preserved in ancient Egyptian tombs. In a 2010 issue of the journal Analytical Chemistry, researchers found that it was used symbolically as protection and literally as it contained ingredients like laurionite and phosgenite, used at the time for treating eye illnesses and skin ailments.

But the ancient Egyptians weren't the only ones to wear lead-based makeup. Thousands of years later, we still hadn't learned our lesson. Queen Elizabeth I contracted smallpox in 1562 at 29, leaving her skin covered in pockmarks. As a result, she lathered her face in a thick layer of white, lead-based makeup called Venetian ceruse, which according to a 1688 recipe, included a mixture of water, vinegar and lead. There are even some indications that when she died at 69, it could have been at least partially due to lead poisoning.

The Victorian Era was known to be a time when the elites were obsessed with the way they looked at whatever cost. Many of their trials and tribulations were documented in a Harper's Bazaar column called The Ugly-girl papers Or, Hints for the Toilet, one of which is the use of mercury. Move over Oxy and Neutrogena because bichloride of mercury is known to kill blemishes if it doesn't kill you first.

Additionally, an 1874 Ugly-girl papers article described that "ointment of nitric oxide of mercury mixed with lard" used to be "rubbed at the edges of eyelids to restore lost eyelashes." Red-tinted makeup often used during the era was made of mercury sulfide and cold creams also likely contained the dangerous poison.

Complexion can be a killer, and arsenic wafers are a great example. Women of the Victorian Era were sought after for looking sickly with pale and transparent skin, a sign that they rarely ventured outdoors doing the work of a commoner. And thanks to the arsenic in Dr. James P. Campbell's Safe Arsenic Complexion Wafers, they didn't just look sickly — they likely were. Who knew that a women's doughy complexion wasn't a result of their improved skin but the red blood cells that the arsenic was destroying just below the skin's surface?

While today potassium nitrate is used in rocket fuel, fireworks and fertilizer, it used to be used for hair removal. A 1776 hair removal recipe called for potassium nitrate as one of its main ingredients. But users, beware. While it might remove hair, it might also emit poisonous gasses, and if you happen to be too close to an oil lamp, it might just set you on fire.

It's no secret that humans can be vain. We've always gone to great lengths to maintain our beauty, though its definition has shifted through the ages. Many of the poisons of today were the miracle cures of yesteryear. But let's not be too judgmental because, in a hundred years, I'm sure we'll turn our noses up at injecting the skin with botulism to soften those pesky wrinkles.

More From Discover
Health
Walking vs. Running Benefits: Should You Walk or Run for Exercise?
Health
What is the Purpose of Hiccuping?
Mind
Gut Bacteria's Role in Anxiety and Depression: It’s Not Just In Your Head
The Sciences
This 2,300-Year-Old Mummy Has a Heart (and Tongue) of Gold
Mind
Can Playing Video Games Make You Smarter?
Health
Is Vitamin C Actually an Effective Cold Remedy?
Recommendations From Our Store
My Science ShopDiscover STEM Kits
My Science ShopDiscover 2022 Calendar
My Science ShopStrange Science
My Science ShopElements Flashcards
Shop Now
Stay Curious
Join
Our List