From inside humans to the International Space Station, the popular gene-editor is pushing new boundaries. 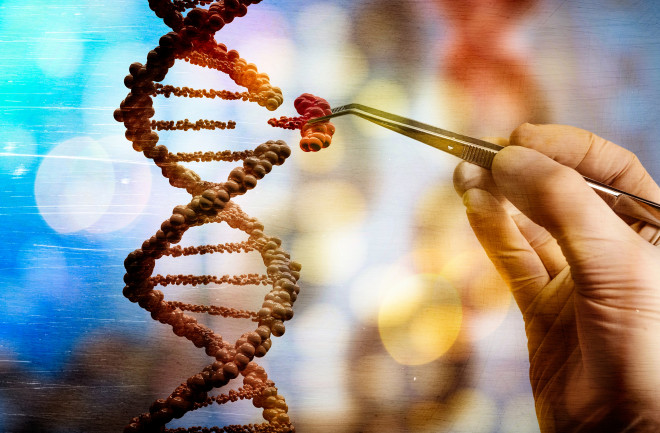 This article appeared in the January/February 2022 issue of Discover magazine." Become a subscriber for unlimited access to our archive.

The CRISPR-Cas9 gene-editing tool once again ventured into uncharted territory this past year — in more ways than one.

Most notably, the gene editor — which functions like molecular scissors to snip apart DNA and insert, delete or modify genes — went to work inside human patients. In a landmark trial, a group of scientists from the U.K. and New Zealand showed that CRISPR can be used to successfully edit genes in the human body. Their work involved six patients with a devastating genetic disease called transthyretin amyloidosis, and was published in the New England Journal of Medicine in June. The hereditary form of the disease stems from mutations to the TTR gene, which produces the protein transthyretin. Patients experience progressively debilitating symptoms as misshapen protein clumps called amyloids build up in their nerves and heart, eventually killing them.

By knocking out the malfunctioning TTR gene, the researchers hoped to halt the production of harmful proteins and effectively stop the disease in its tracks. They accomplished this by injecting the CRISPR gene editor — encased in a lipid nanoparticle carrying a piece of RNA to serve as a guide to the TTR gene — into the patients’ bodies. The trial marks one of the first times scientists used CRISPR directly inside the body. Another trial, announced in 2020, injected CRISPR inside the eye; the early results are promising.

Read more: CRISPR Treatment Is Injected Directly Into a Patient's Body — a First for Gene Editing

Where No Gene Editor Has Gone Before

In a bolder frontier for the gene editor, scientists also reported the first successful use of CRISPR in space. In an experiment done in 2019 on the International Space Station (ISS) and published this past year, astronauts Christina Koch, Nick Hague and David Saint-Jacques used the tool to alter the genomes of yeast cells in microgravity — paving the way for future DNA experimentation beyond Earth.

Surprisingly, the experiment was proposed not by veteran scientists, but by a group of Minnesota high schoolers. While working with Genes in Space, an organization that sends genetic experiments to the ISS, the students wanted to test how gene repair works in space, where cosmic radiation can batter our DNA.

Safely mimicking that kind of genetic damage proved difficult. “You can’t send a high-energy radiation [machine] to the space station,” says Emily Gleason, a biologist with Genes in Space and co-author on the study. But CRISPR, which cuts DNA apart, creates its own kind of genetic damage. After targeting the gene editor at a precise section of the yeast cell’s genome and watching for the technology’s telltale genetic repairs — containing a modified gene sequence — the students reported that CRISPR works just fine in microgravity.

This result opens the door to future gene-editing work in outer space, which might someday come in handy for lengthy missions to Mars and beyond. “The ability to edit cells at will in space is something you could imagine being really useful on longer-duration missions,” Gleason says.

Earthly Objects That Can Be Seen From Space

What Are UAPs And What Do We Know About Them So Far?